To come away with my first double win of the season – particularly after making some mistakes – was amazing.

I should have done a lot better in qualifying, and the way I started both races was nothing short of abysmal. I have to hold my hands up to an extent. 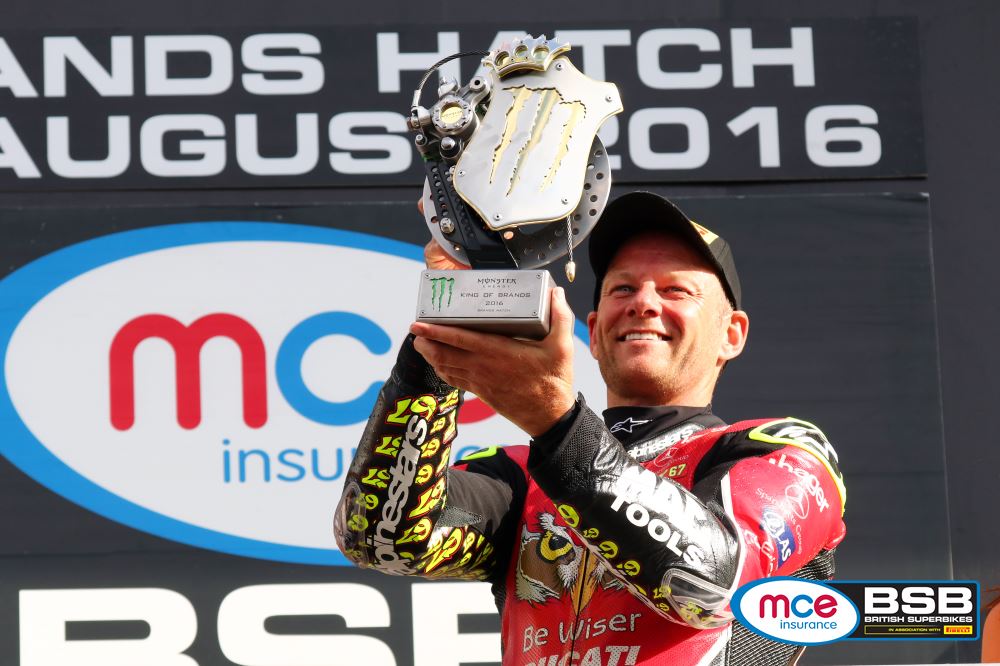 But on both occasions I got my head down, stayed patient and worked my way back through the field to the front. Once I was there no one was getting past me on my home circuit.

I already have a ‘King of Brands’ trophy on my mantelpiece from 2014, so this season’s trophy is a nice addition. It’s a much better trophy, actually, and one that means a lot to me.

It’s been an uphill battle with the bike so far this season. We knew it would take a while to get up to speed but the package is getting better and better. We’re nearly where we need to be.

When I saw that 1m25.3s was lying in pole in qualifying I thought that was more than achievable given that we had done 24s and 25 flat, but I wanted to push the boat out and do something a little bit special. Brands does that to me.

Unfortunately I ran a bit too hot into Paddock Hill, then out-braked myself at Druids, then messed up Graham Hill, then braked really, really deep into Surtees and completely missed the apex. It wasn’t a very good lap, so to qualify in second place and on the front row was a relief.

I couldn’t understand what had happened – but then it became clear that I had a slow puncture. No wonder I was struggling. 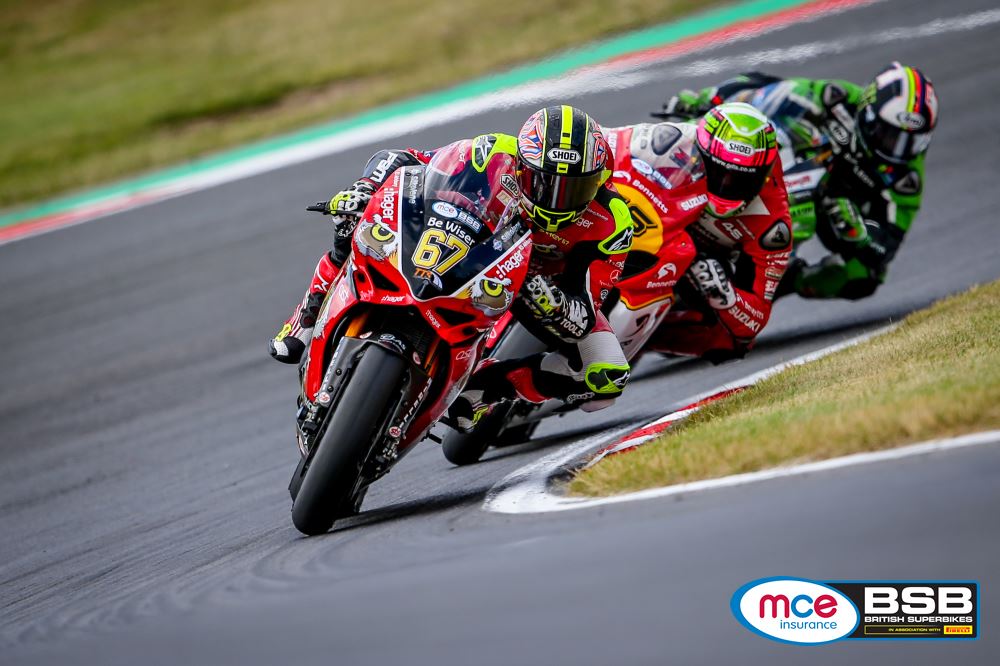 I was determined to put that disappointment behind me going into race one, but then I dropped a right clanger at the start. My guys have some lights on my bike that show the optimum time to try and get started – they put the lights on so I clicked the bike in gear and built up the revs. I looked down, looked up, looked down – and by the time I looked up again everyone had gone. I just wasn’t ready. It was a rookie mistake and one I shouldn’t be making at my age.

I dropped all the way down to ninth. Our plan for the race had been built around a good start and I had thrown that out of the window. I had to stay calm and pick my moments to work my way back to the front. Once I was there, it was just about hitting my markers and staying there. It was a huge buzz getting home in first place.

I was determined that there would be no drama at the start in race two, but unfortunately that’s just not how BSB works.

No one was more surprised than me at the terrible start we suffered. I couldn’t understand it because we’ve improved our starts in recent weeks.

I was down to 11th and it seemed that whenever I overtook someone they lunged back at me. There was one moment where I overtook Christian Iddon and he passed me back and ran me over the white line. I was further back than when I started! 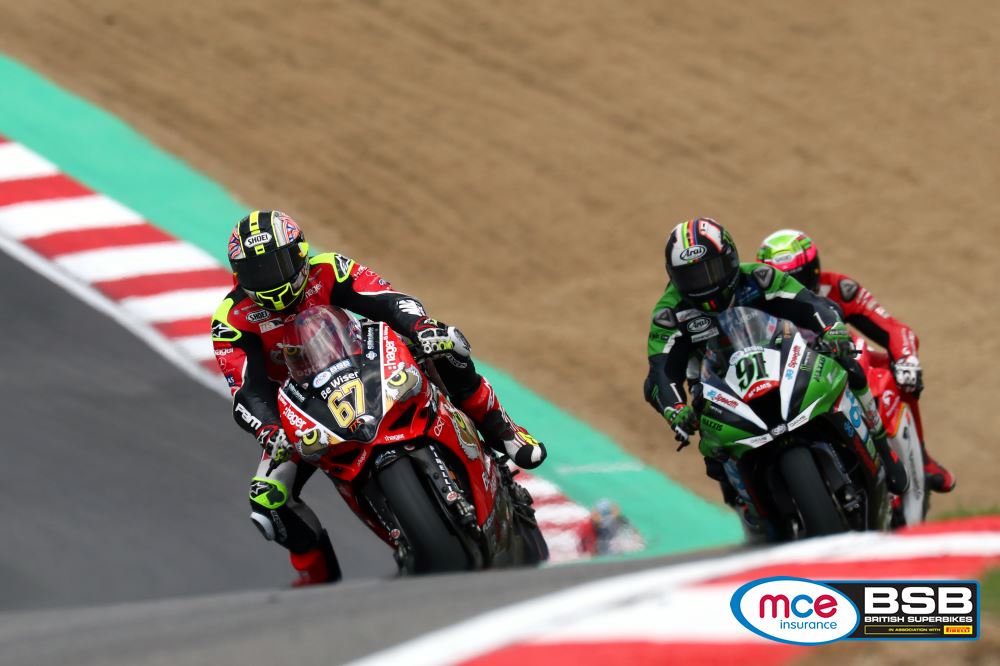 It was a tough race. On what I thought was the penultimate lap I knew I had to make my move – I crossed the start-finish with Leon Haslam and he had a bit of a bobble. I went up the inside, hit the brakes and I was in the lead. I came round the corner and saw that three laps had been added onto the race. I’d shown my hand so there was no backing out, I just had to hold on and fortunately I managed to do that.

It was a strange weekend in some respects, but I couldn’t be happier to come away on top. My team did a great job.

I am enjoying a few days relaxing in Spain – then it’s right back at it. I’m 25 points clear at the top of the standings, but there is a long way to go and we still have some improving to do.