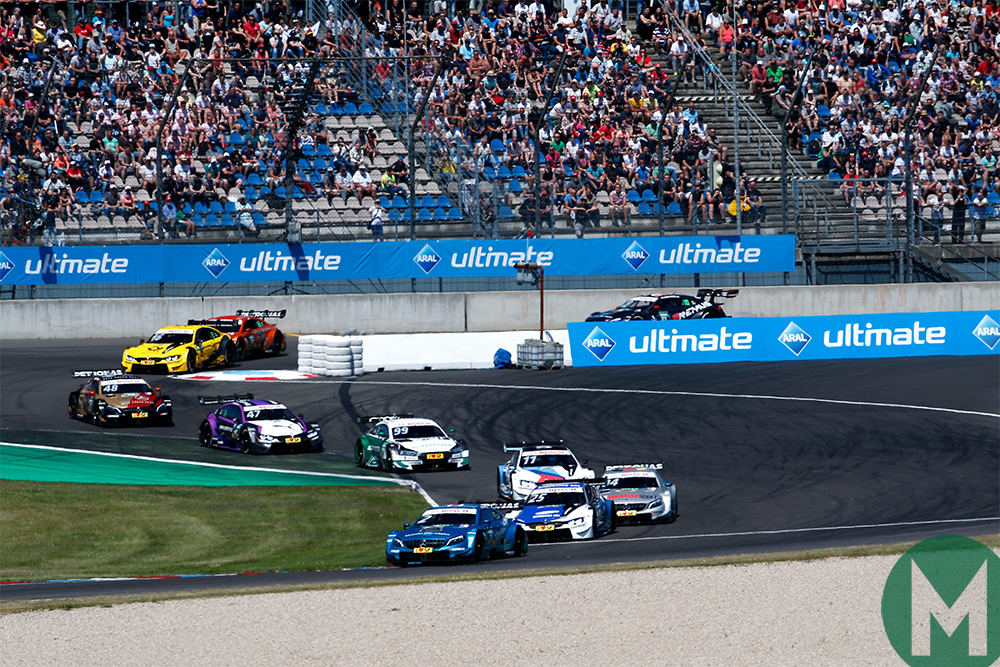 With the DTM’s return to Brands Hatch for the first time in five years around the corner, its contingent of British drivers is buzzing to have another home race. But there’s an added incentive: Mercedes’ looming swansong.

The series’ most successful manufacturer is departing for Formula E with HWA at the end of this season, leaving Paul di Resta and Gary Paffett at a crossroads.

“All good things come to an end,” says di Resta. “They’ve done 30 years in the DTM and redirected their focus onto something different – Formula E – but it’s a shame that they’re leaving DTM behind because they are the heart of the championship and what it’s always been.

“It doesn’t mean they won’t return one day, but the biggest question now is will Mercedes’ departure kill the DTM championship? It will be a shame if it does because it’s such a good championship outside of F1 for young drivers and experienced guys to still race and show the fans what motor sport’s about.”

Paffett agrees, adding that the DTM will miss Mercedes.

“The cars are a lot closer because of the standard components and Mercedes is now winning. I mean, on that basis, you would say that they’ve made a mistake because they’re winning now but FE is where all the manufacturers are going and everybody has to do the right thing for their brand.

“It is a shame, obviously, because I’ve been here for 14 seasons and I will miss it.”

Could either driver move to Formula E with Mercedes and HWA? Paffett, who has already tested with Venturi, says “it’s no secret that I’m talking to HWA and Mercedes about the possibility of doing it.”

His team-mate di Resta is also in the frame for a jump to the electric single-seater series.

Mercedes’ decision has been controversial and Dieter Gass, head of motor sport at rivals Audi, believes the Silver Arrows has made a mistake.

“I don’t think we can carry on with two [manufacturers] but if a third comes, DTM could become very, very interesting again and potentially attract more manufacturers and privateers.

“It’s a very interesting moment in DTM so I think, yes, it’s a mistake. But Mercedes, up to a certain degree, can afford it; they have Formula 1 and they’re coming to FE, so for them, it’s potentially not that much of a drama.”

The Brands Hatch round of DTM will possibly be the first and last chance for British fans to see the Mercedes-AMG V8-powered touring cars tear around the Grand Prix circuit. That last detail – it being on the GP circuit rather than the Indy used previously – is pivotal, for Audi driver Jamie Green in particular.

“I’ve missed having a race in England for the last five years or so, and I’m really glad that we’re doing it on the full circuit this time,” he says. “I was never really a fan of the Indy circuit – if we had an open choice [of circuits] that definitely wouldn’t be mine.

“And, as a Brit, having a home race is a nice thing to have.”

While British race fans are spoiled for choice when it comes to competitive sports car and tin-top series in the UK, there’s a hope that this DTM round – Mercedes’ swansong and a litmus test for a possible prolonged return to the calendar for Brands Hatch – will attract a significant crowd. That’s a particular worry, given the unfortunate lack of fans at last weekend’s British GT round.

“I think DTM is kind of a secret, really,” believes Green. “The UK has passionate and knowledgeable [motor sport] fans but a lot of people don’t really know what DTM is in this country.

“If we can get people to the circuit to see some mega racing and some awesome cars then it’s always nice to come to England and have people see that.”

As for a third manufacturer next year, one top Audi engineer hinted that work is still going on behind the scenes to attract one. A privately developed and entered Aston Martin has been mooted, with HWA linked to it with Red Bull.

For now, it seems that 2018 will be the last year with such tight competition between Germany’s trio of heavyweights. But at least there’s a British round on the farewell tour.