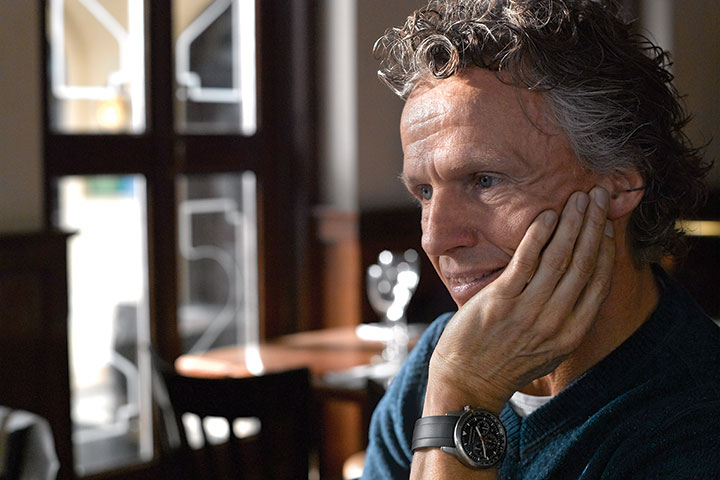 The Zandvoort-born racer briefly made it to Formula 1, but he was best known for his performances in sports cars – a high point being that ’88 victory at La Sarthe.

This is what he had to say on the race. Scroll down for full video highlights.

Lunch with… John Miles
“Chapman sent word to my chief mechanic, Beaky Sims, saying, ‘Take the wings off John’s car’. I said, ‘I don’t want to do that’, but Chapman’s response was just, ‘Do it’.”

Lunch with… Perry McCarthy
“Let’s not beat about the bush. Whatever the reasons, I was the mutt of the pitlane in 1992. If I’d been with a slightly less shit team I might have become mediocre…”

Lunch with… David Brodie
“One winter afternoon Frank said he urgently needed some cash, fast. Bubbles passed the hat around and said Frank would get the money if he took all his clothes off…”

Lunch with… Motor Sport
DSJ: “I am very tired by your continual whingeing about being unable to get things in the space. I am writing as I could not stand listening to your half-arsed explanations.”

“Then there was Le Mans. Johnny [Dumfries] and I were joined in our car by Andy Wallace, and Eddie Hinckley was our chief mechanic, a fantastic guy. Before the race we lowered the car slightly at the back, a crucial change that gave us a bit less drag and made us faster than the other Jaguars in a straight line. I told Johnny and Andy I was going to start quietly and not get mixed up with the racing at the front. But the car was so quick on the straight I could do nothing else. I was sixth on the grid, second at the end of lap one and in the lead by lap six. We pretty much led the whole race, even though I had to stop at 6am to change a badly cracked windscreen. The other two Jaguars dropped out.

“Then, with barely a couple of hours to run, changing up from second to third, Waaaang, the revs go sky-high, no gear. I knew Raul had already retired his XJR-9 with no gears. I tried fourth and it went in, so I decided: ‘From now on I’m not going to touch that gearlever’. I stayed in fourth for the rest of the race. We’d been doing almost 250mph in fifth, so I could still do over 200mph in fourth, but it was quite a struggle chugging around the tight corners. I didn’t want to say anything on the radio, because I knew that the other teams were monitoring our frequency, and Hans Stuck’s Porsche wasn’t far behind. If Hans knew the trouble I was in he’d go flat out to catch me.

“I came in for my last refuelling stop and had to splutter away in fourth gear. It took me the whole length of the pitlane to get the clutch out, and they must have heard the trouble I was in. You don’t know how relieved I was when 3 o’clock came around and the chequered flag came out. Stuck was just 2min 36sec behind. 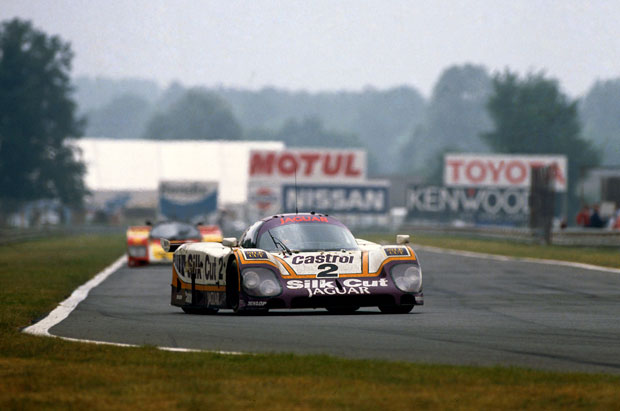 “It meant such a lot to everybody, to the team. In the 1950s Jaguar won Le Mans five times in seven years, and now, after 31 years, Jaguar had won again. It was a big, heavy car, with lots of downforce. It was Andy’s first endurance race, and at one point during the night he was completely worn out. So I did 13 of the 24 hours, I started it and I finished it. We kept quiet about the gearbox problem and how difficult my last stint had been. None of the journalists picked it up, so it never became generally known. After the race, when Tom’s crew took the gearbox apart, the primary shaft fell out of the casing in two dozen pieces.

“I was on a high with Walkinshaw and Jaguar, driving a great car for a great team, great people in a great environment. And I was earning good money – in 1988, doing 23 races on both sides of the Atlantic and winning Le Mans, I guess I earned about £300,000. Tom and Roger Silman always knew how to get the best out of me, and I owe them a lot. Tony Southgate too, who’d designed the car: very clever, very approachable, and a real sense of humour. I was always the team jester. Sometimes you’d walk into a briefing and it was like a funeral was going on. Tom was usually pretty stern, but I’d try to make him laugh. I’d say, ‘Hey Tom, who’s this?’ And I’d pull a face. And he’d groan and say, ‘I don’t know, who is it?’ And I’d say, ‘It’s me!’ He’d raise his eyes to heaven and say, ‘Why am I paying this guy to be in my team?’

“I think Tom and Roger liked me because I was low-maintenance, I never complained. Martin Brundle and Eddie Cheever – I’m sure they’ll forgive me for saying this – were the prima donnas in the team, never happy. Even if they were fastest they always wanted to go quicker. That’s a great attitude, it helps the team to do better, and they were an asset because of it. But sometimes Tom, to make a point, would put me in their car and, with all my joking around and my nonsense, I would be as quick or sometimes quicker. 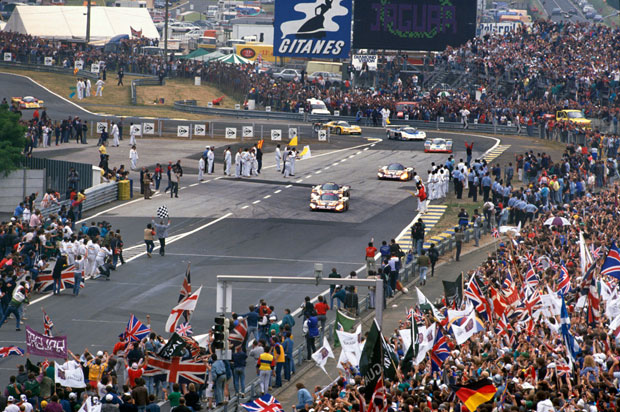 “But I got on very well with Martin. I was the Dutch guy, informal, outspoken, jokey. He was the English guy, serious, playing his cards close to his chest. I could never forget that he stood up to Ayrton Senna in his F3 days. He was a great racing driver and a great team-mate.”