Macau was one of the best races of the year, let’s celebrate it – and races like it – while we can 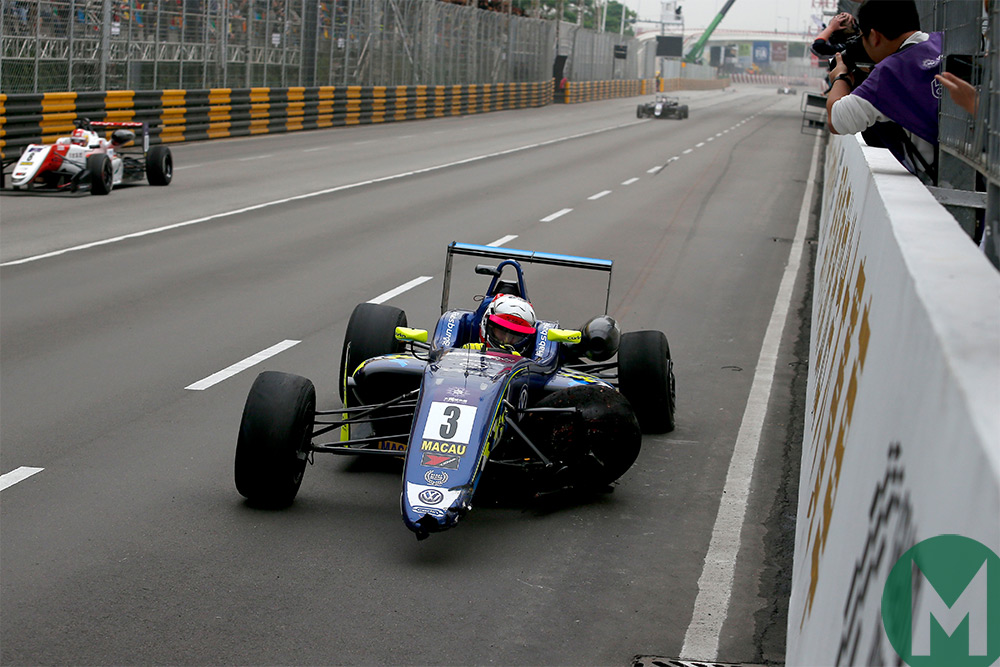 I have never seen a more positive reaction to a race from the great and the good of motor sport after the Macau GP this year. Social media was full of racing drivers and pundits posting the last two laps of the 63rd running of the special race.

The buzz was huge. And the buzz was not about halos, engine penalties, track limits or boxing announcers. It was about great racing. And great characters involved in racing.

That is exactly why I fell in love with the sport. Great racing. Great people.

Why the sudden outburst of joy across the board? Unfortunately, because this event was an exception to current motor sport, it was because of an outlier.

And, off track, there more reasons to fall back in love with our sport. Sportmanship, passion, emotion and openness all in evidence. I am a signed-up critic of funded drivers leapfrogging talent, but the Royal winner in every way but one at Macau was Ferdinand Habsburg. Great-Grandson of the last Emperor of Austria, he was the hero of the piece despite crashing out of the lead with 400 metres of the race to go. He admitted he cried, he said he would prefer to be in the barrier than second, and he got a louder cheer than the winner when returning to pitlane. He got a new fan in me, too.

His actions prompted Trevor Carlin to compare him to Gilles Villeneuve and Ayrton Senna. Praise indeed from the king of the single-seater ladder to the deposed Prince. And praise should go to Trevor and his eponymous team, who offered high fives and hugs to Ferdinand for going for the win rather than a cold shoulder for losing the team back-to-back Macau GP wins.

As the dust, praise and hangovers settle, we should be looking at the circumstances that delivered a race that everyone wants to see week in, week out. I am not sure that Liberty knows where Macau is – it’s not in the USA, after all – nor what F3 is apart from a potential new revenue stream when it merges with GP3. But if Liberty saw this race then they will surely be wanting a piece of Macau’s magic.

But they can’t. Macau delivered a freely streamed street race, no DRS, a well-matched grid of cars, drivers making the difference and no mentions of driving standards – despite some robust defending and attacking. To achieve the same, Liberty would need to start again. The company is already finding seemingly small changes big dramas that result in press-fought war. Ripping up the rules is not in its playbook.

So let’s celebrate the outliers, Macau and Bathurst, the Baja and Goodwood, and let those with the rules be the rule whilst we enjoy the exceptions while we still can.