Mick Schumacher’s Formula 2 Hungarian sprint race win will have many fans talking, but there is still some way to go for the German 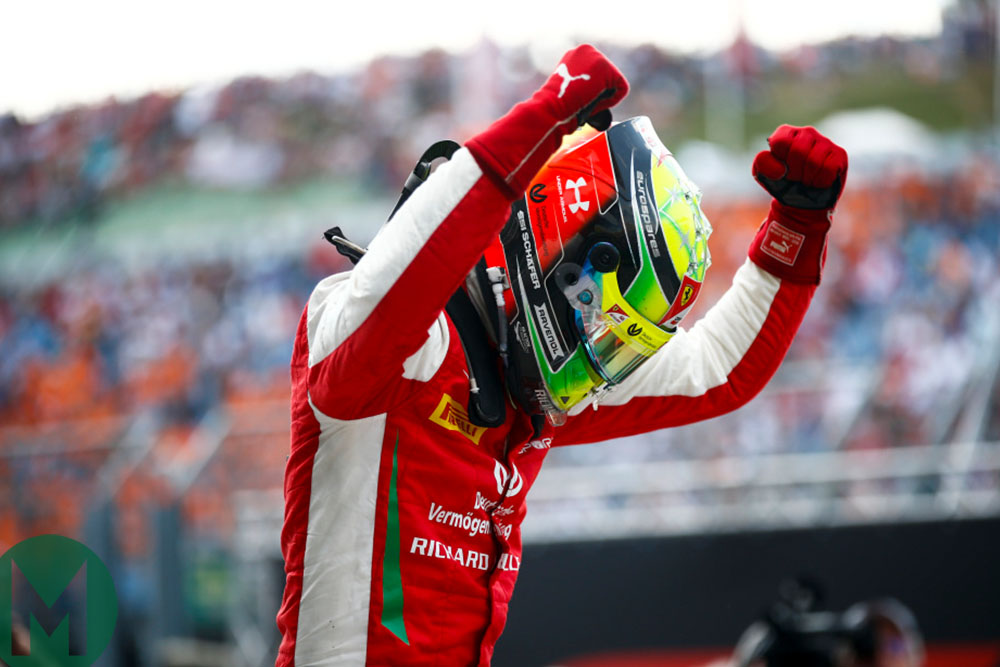 With the return of the Schumacher name to Formula 1 a tantalising prospect, Mick Schumacher’s career is front and centre under the strongest of spotlights.

Despite the huge pressures that comes with having that last name, he appears to have a very level-head on his shoulders.

A win during the Hungarian Grand Prix weekend in the Formula 2 sprint race has everyone talking but he is the one remaining calm in the media storm.

“I’m just happy to finally be over the period of bad luck,” was the young German’s assessment in the face of his first F2 win, a demonstration of the calmness that he has maintained all season.

Mick remained remarkably composed throughout his debut weekend in Bahrain. He carried the weight of expectation and intrigue well, not to mention the pressure of testing for Ferrari two days afterwards and dealing with the emotion and media frenzy it brought with it.

He drove a mature and measured race to finish a respectable eighth, having cut back through the field after his pit stop.

Sixth place followed in the sprint event in what was a solid opening weekend if somewhat unspectacular, but it needn’t have been either.

Subsequent results however have not measured up to that opening foray in the series.

Performances of fellow F2 rookies, Antoine Hubert and Guanyu Zhou, have eclipsed those of the German, who has been consistently inconsistent since the start of the season.

Four podium visits for Zhou and two race victories for his Renault Sport Academy stable-mate Hubert has each of them well inside the top 10, sitting in sixth and eighth place respectively in the championship.

After his strong start in Sakhir, Schumacher’s error during the feature race in Baku – where he had qualified in sixth position – forced him to retire having looked well placed to build momentum.

Following a fifth-place finish in the subsequent sprint race, a miserable spell followed.

A mix of ill-fortune and uncompetitive pace meant he would not score a point again until the sprint event in Austria, a run of seven races. 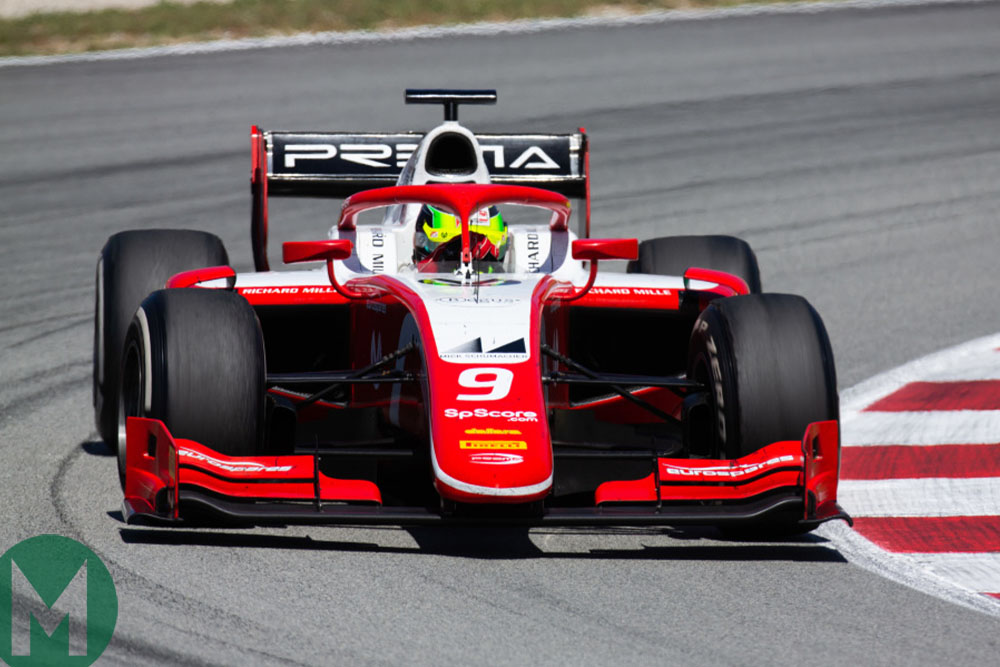 Schumacher’s poor spell in the middle of the season has hurt his momentum in 2019 Photo: Motorsport Images

Of course, with four rounds and eight races remaining in the 2019 season, there is still plenty of time for Schumacher to break further ground in what is a very tight championship, not to mention a sophomore season that will likely follow in 2020.

His comfortable 34-point gap to PREMA Racing team-mate Sean Gelael in the championship will also serve as a demonstration he is not faltering but is rather still becoming attuned with the machinery he now has at his fingertips.

F2 will reconvene at Spa-Francorchamps in late-August, the scene of Mick’s run out in his father’s Benetton B194 in 2018.

What followed back then was a run of 10 race victories that saw him storm to the Euro F3 title that year.

While he may not emulate that kind of form in F2, what he put down to ‘maturation’ and gaining of insight that spawned further determination within himself, young Mick could still go on to achieve what he has set out to.

Whether or not his sprint race victory at the Hungaroring will mark the moment he turns another page in his young career will long remain to be seen, but there will be many out there hoping for a déjà vu story of his Euro F3 maturation.