If you’re going to have a weekend with one bad race and one good, make sure you finish with the good one – it feels much better that way around! 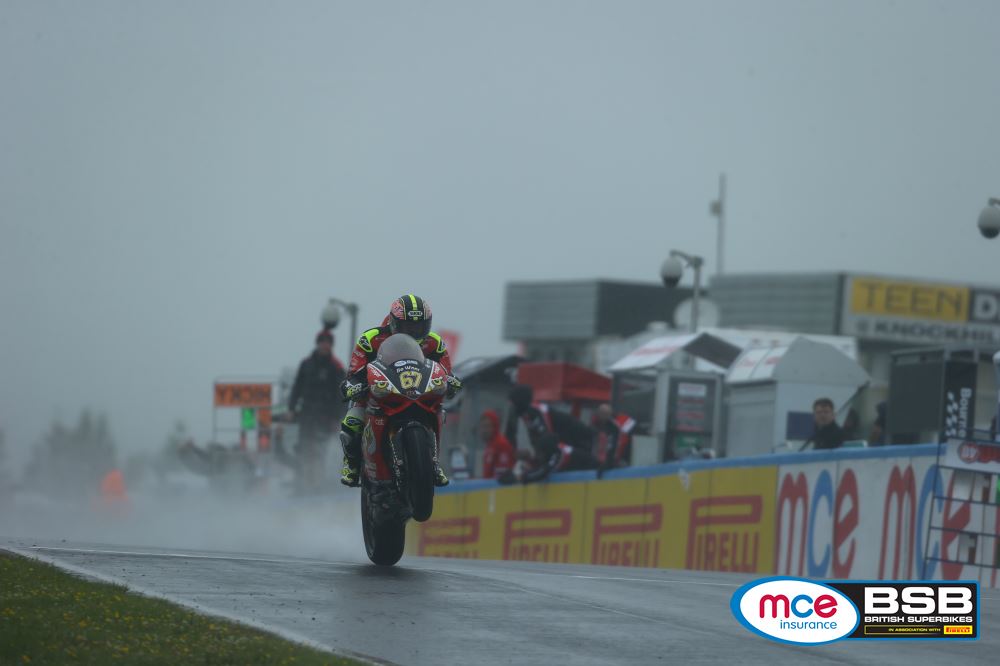 Knockhill was full of highs and lows – literally. From qualifying on pole to crashing out of race one, to eventually taking the win in the second race, it really was the full spectrum of emotions.

That race two win meant that we went home relatively happy rather than despondent and we head to Snetterton this weekend full of confidence.

I have won five of the past six races at the Norfolk circuit so perhaps people will have me down as a favourite to win, but I tend not to think about the past. I take each race on its merits.

Knockhill was the first time since racing the Ducati that I haven’t come up with something I’m completely happy with. I came out really fast but I really struggled to get a good feeling on the front of the bike.

That might sound strange as I was only 0.25 seconds under my own lap record, but I didn’t feel 100 per cent happy.

Having said that the time was enough to put me on pole. The team made a fairly big change to the front of the bike before race one to enable me to have more confidence in the front tyre. But unfortunately soon after I had one of those racing incidents you just can’t explain and ended up upside down on the floor.

If you asked me to tell you want happened I’d say nothing. The team checked the data to understand why I crashed but it wasn’t clear. Everything – my speed, the suspension, the line, the lean angle – was identical to how it had been the lap before. I stayed up one lap and fell down the other.

Sometimes in motor sport you analyse the data and you hold your hands up and say, ‘sorry, I made a mistake’ – but there wasn’t a mistake here. That’s the annoying thing.

Fortunately race two was totally different. It was a wet race and having qualified in pole in the wet we were fairly confident.

Not registering a lap time in the first race meant I started on the fourth row of the grid. That’s never ideal with the spray but Knockhill is a 30-lap race so there is plenty of time to get back into it. I kept chipping away and after four or five laps put in a big push to get to the front.

It was quite a fight with Dan Linfoot and Peter Hickman but I managed to get the win, which I was delighted with.

Now is not the time for us to worry about the crash; what we need to concentrate on is accumulating podium points. We need to build a package and make it better. If we’re in the top six when we get to the last three races, then that’s fantastic. It’s all about chipping away and working at it. When a win is on offer we’ll take it. Otherwise we’ll take lessons.

Who would’ve thought that four rounds in we’d be second in the championship with a brand new package? We’re in a strong position – but we need to keep trying to improve.