He was a test driver for Ferrari, then number two to Michael Schumacher. He went on to win the 2008 F1 championship… for a few seconds, and then found himself once more in a supporting role, to Fernando Alonso.

Few have had such a varied Ferrari career as Felipe Massa, and with that comes a trove of tales from his time as part of the Maranello machine.

Massa is our latest Motor Sport podcast guest, and he talks freely about the lessons learned from Schumacher, the drama of the 2008 Brazil title decider, and the crushing effect of receiving the message: “Fernando is faster than you”.

He talks of the pride of racing for Ferrari, particularly given his Italian heritage, and the home advantage that driving at Interlagos gave him. It’s the inside story of a rollercoaster career at Ferrari from one of the most popular Formula 1 drivers in recent times. 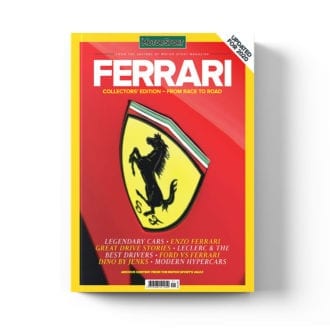