“It was 1974. Just a little rally. Not even a part of the Finnish Championship. And he was a big star with charisma. So it was a surprise when he came to do this event.

“He was entered late and so started near the back in his Ford Escort. They looked at the entry list – there were about 50 cars running – and recognised nobody starting in front of them.

“So at the end of the first stage his co-driver asked, totally justifiably, who had set second-fastest time?

“The reply was: ‘You! There is this young local guy [in an Opel Ascona] who is pretty fast.’ They couldn’t believe it.

“Hannu asked how I was getting on. I felt so proud at that moment”

“There was no recce and the first stage was just 10km from my home; I knew every corner.

“Anyway, he won the event and I was second and it was big honour for me to sit at his table at the prize giving.

“That was the first time I met Hannu Mikkola properly,” says Ari Vatanen of his late friend, compatriot and fellow world champion. 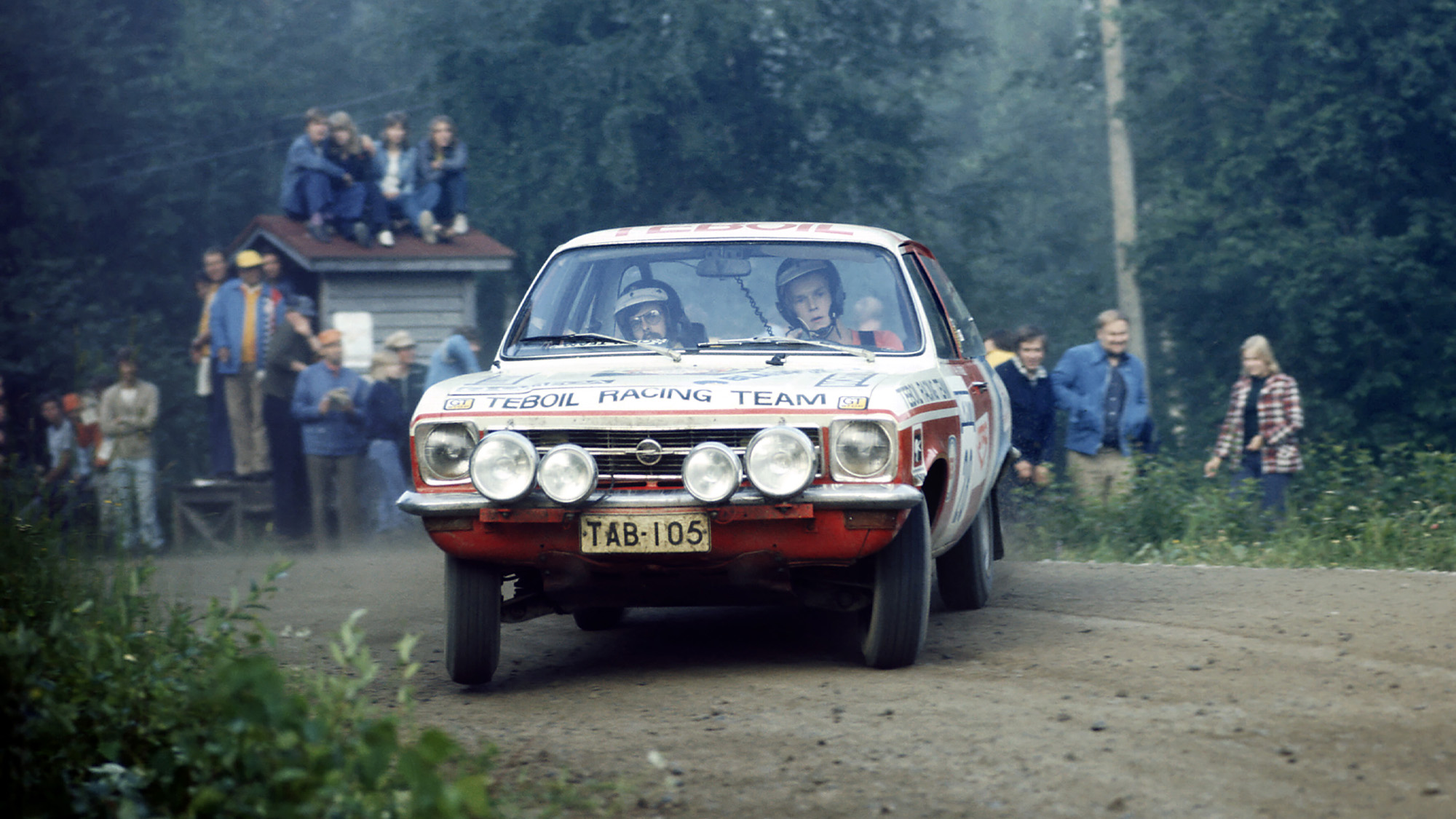 The formidable duo of Vatanen and Opel Ascona in Rally Finland, ’74

“A few months later I was recce-ing on my own for my first 1000 Lakes Rally,” he continues. “You can’t really go around the Ouninpohja stage; it’s much faster to drive it back and forth.

“Well, Hannu and Timo Mäkinen were coming the other way in their Escorts and they stopped when they saw my car to ask how I was getting on. I felt so proud at that moment.”

The (even) younger Vatanen had followed Mikkola’s career keenly – his brilliant hat-trick on the 1000 Lakes, that exhausting London-Mexico victory and that groundbreaking win for a European on the East African Safari Rally – and so was delighted to discover that his hero’s Helsinki house lay only a few hundred metres from his cousins’.

“‘Wow! Is that true?’ Come on!’ We walked over to see if we could glimpse him. He was like somebody from another planet. I never thought he could be my colleague or rival.

“That I might be on the same kind of level as him was unthinkable.”

Yet by 1978 they were World Championship team-mates with Ford and had become very close.

“We got married one day apart – me to Rita, Hannu to Arja – in June 1979 because we knew that we could have an around-the-world honeymoon at the expense of Ford because two weeks later we had rally in New Zealand.” 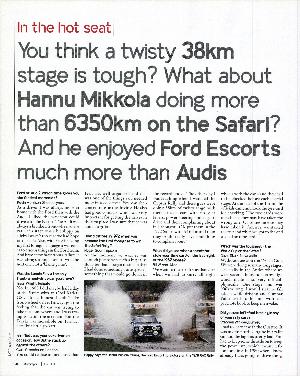 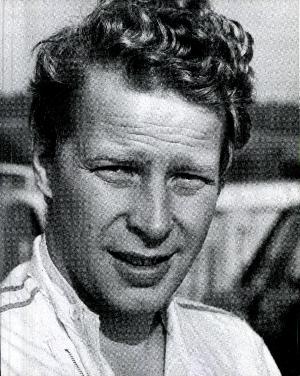 In the hot seat -- Hannu Mikkola

You think a twisty 38km stage is tough? What about Hannu Mikkola doing more than 6350km on the Safari? And he enjoyed Ford Escorts much more than Audis Ford or…

They would become too close, however, on the occasion of the 1980 Rally of Portugal.

“Downhill. Such slippery tarmac. You touched the brakes and it was like ice. I went off backwards. Bang!

“I looked around and saw Rothmans in upside-down letters. ‘How on Earth is this possible? Has my car broken in two? It didn’t feel that bad.’

“I opened the door and there was Hannu, still with his helmet on, waiting for me.

“It was his car upside-down. 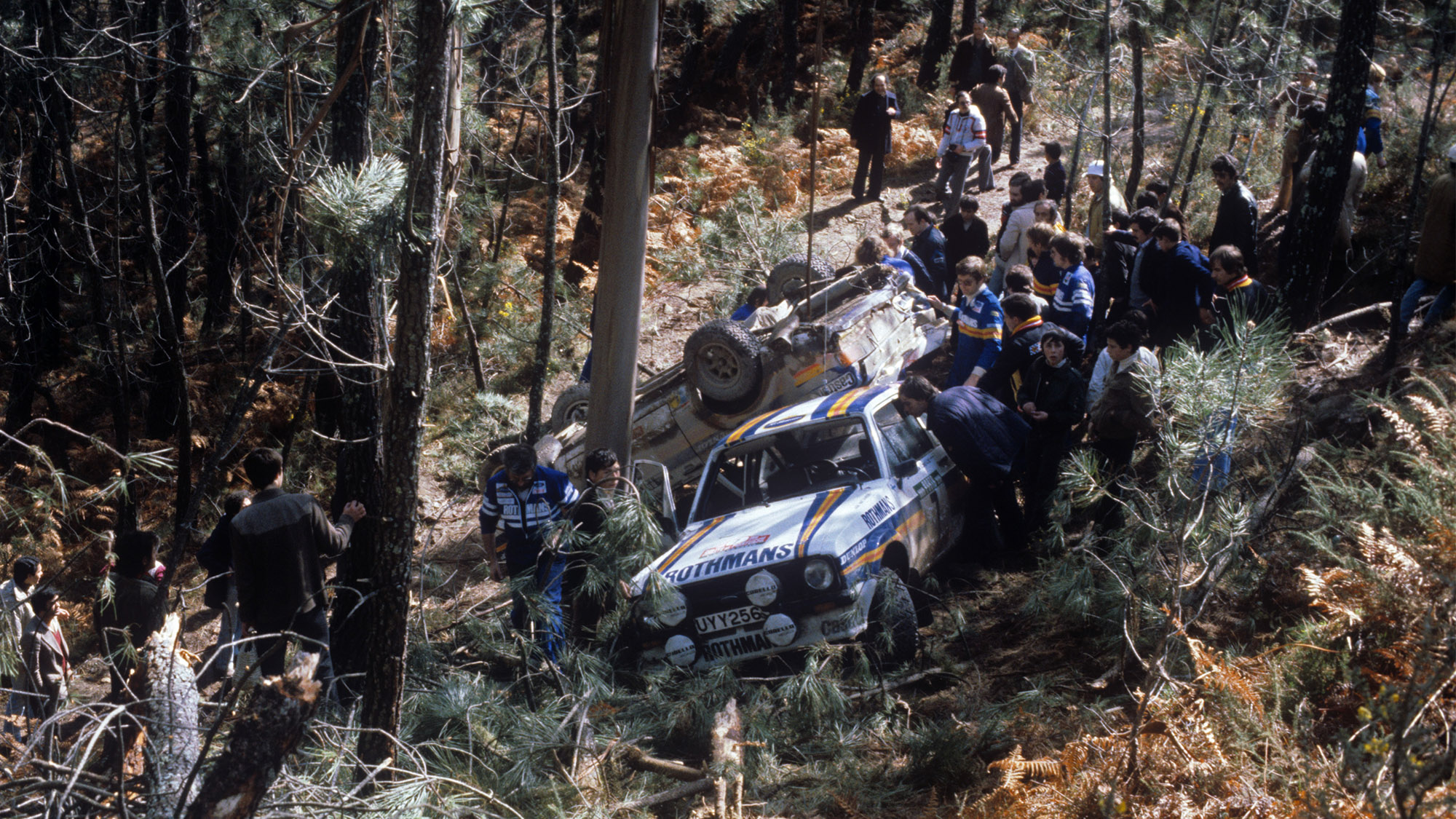 Mikkola and Vatanen crashed out of the 1980 Rally of Portugal

“He didn’t make many mistakes. His driving style was cleaner and less ragged than mine but still ultra-fast.

“If I did a stage time faster than his it was always, ‘Really? ‘Wow!’ I felt I was the underdog against him.

“He was an engineer and very logical in everything he did. The young Hannu had been a bit of a party guy, but he stopped that quite early. He completely stopped drinking alcohol. Not even a beer afterwards.

“He didn’t like public events particularly, though he always treated people well. And they respected him. And he deserved it.

“Hannu came up to me angrily to say: ‘Those lines are not the lines of a world champion.’”

“But as a friend and a human being you knew you could trust him.

“You never had to look over shoulder with Hannu.

“We had many intense moments but always with such a fair spirit. It was reassuring to know that there were people who didn’t resort to dirty tricks even when fighting for victory.

“Only the stopwatch decided our battles.

“I am so grateful to have known him. He was my inspiration. Almost exactly 10 years older than me, he guided me and took brotherly care of me.

“After my accident in Argentina [in 1985] everybody came to see me. Hannu came regularly. He even apologised when he had go away for two weeks to do the Hong Kong-Beijing Rally. 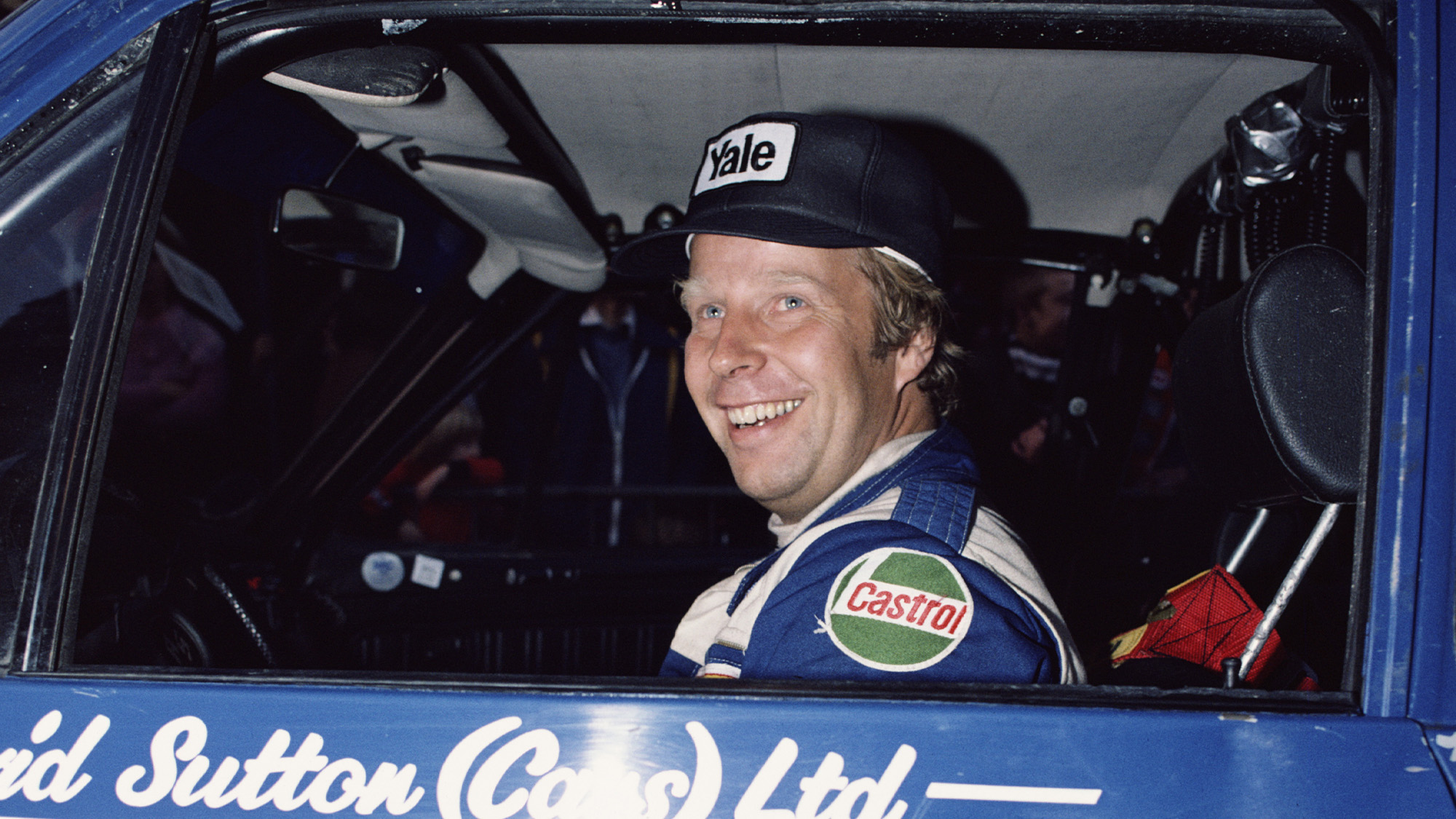 “Another example: the 1981 RAC Rally was decisive for the World Championship. I had to finish. If I didn’t Guy Fréquelin would become champion even if he retired.

“Normally Hannu was running ahead of me. But for some reason he started a couple of stages behind me. So he saw my lights and marks on the road.

“Before the start of the following stage he came up to me angrily – he nearly shook my shoulders – to say: ‘You must be crazy if you continue to drive like that!

“‘Those lines are not the lines of a world champion.’

“He woke me up. Brought me back to reality.”

Vatanen finished a decisive second in his Escort, albeit more than 11 minutes behind Mikkola’s Audi Quattro. 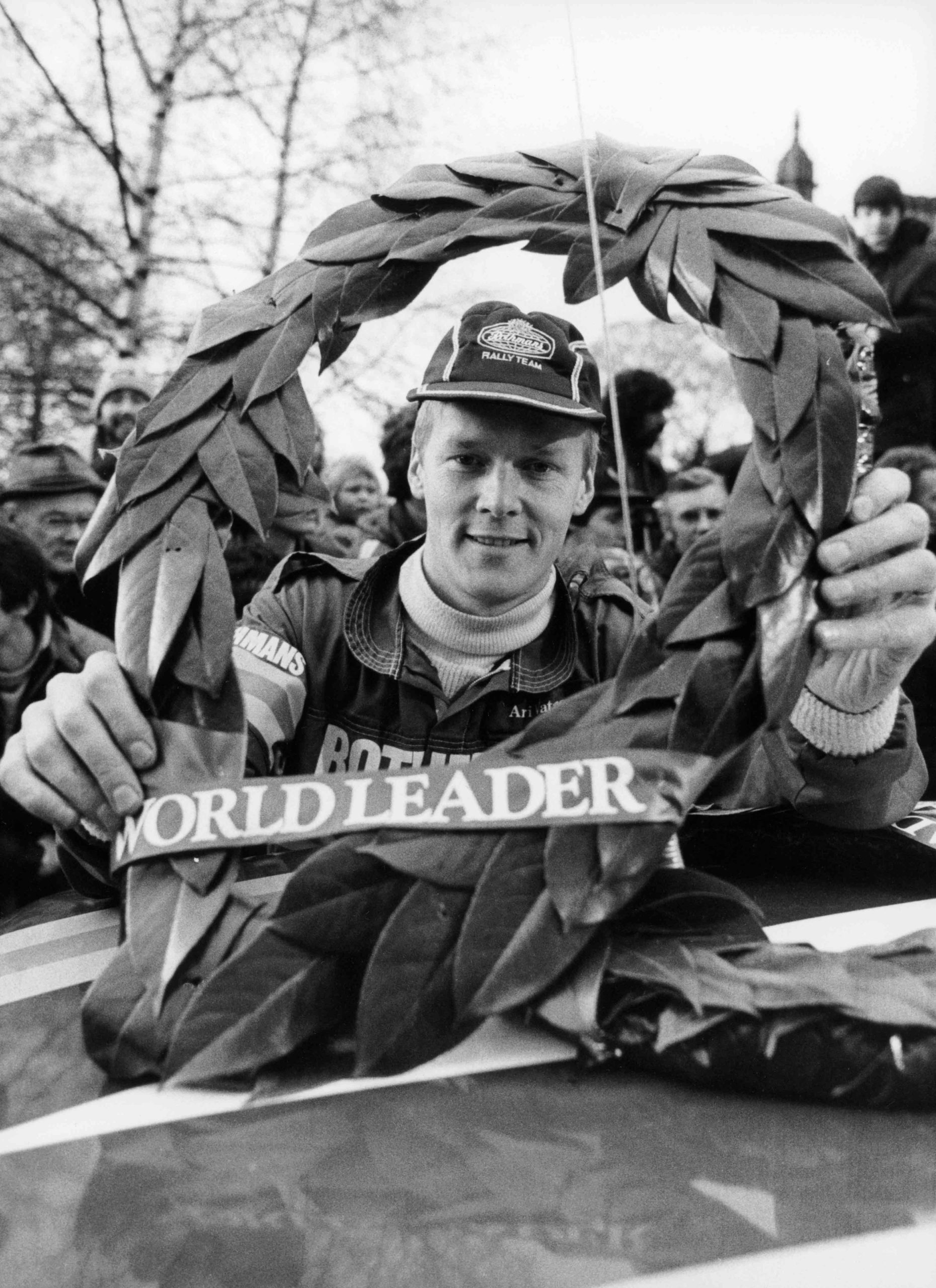 Vatanen was World Rally Champion in 1981, helped by Mikkola’s guidance

“In Portugal that year we had been staying in the same hotel when Hannu said after dinner, ‘Come and try my Audi. It’s a new thing.’

“Well, the way it accelerated out of a corner! I told David Richards [Vatanen’s world champion co-driver] afterwards that we might as well go home. We stood no chance.

“But all the Audis retired and I was leading by five minutes. I was so surprised that I went off the road on the following stage. 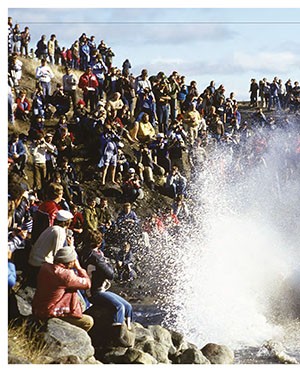 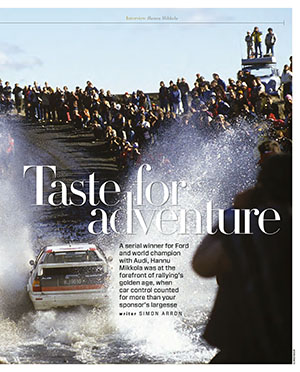 Hannu Mikkola: the WRC champion and his taste for adventure

The road was fast and flowing, with good sight lines, so 125mph felt perfectly safe. “At that kind of speed,” Hannu Mikkola explains, “a rally car’s suspension vibrates a lot…

“Hannu did a big job in developing the Quattro.

“He was very connected to Audi. He was very happy with them and they always looked after him very well.

“His death became known on the Friday night/Saturday morning of the Arctic Rally. I had flown there with Jean Todt in the ’plane used by FIA. It would become a very nostalgic weekend in many ways.

“It’s great that that rally should become a part of the World Championship. But it was a very big event back in 1975, too. Hannu was doing it in a Fiat 124, with Jean as his co-driver – and I got up to third in my Ascona.

“I could not believe it. 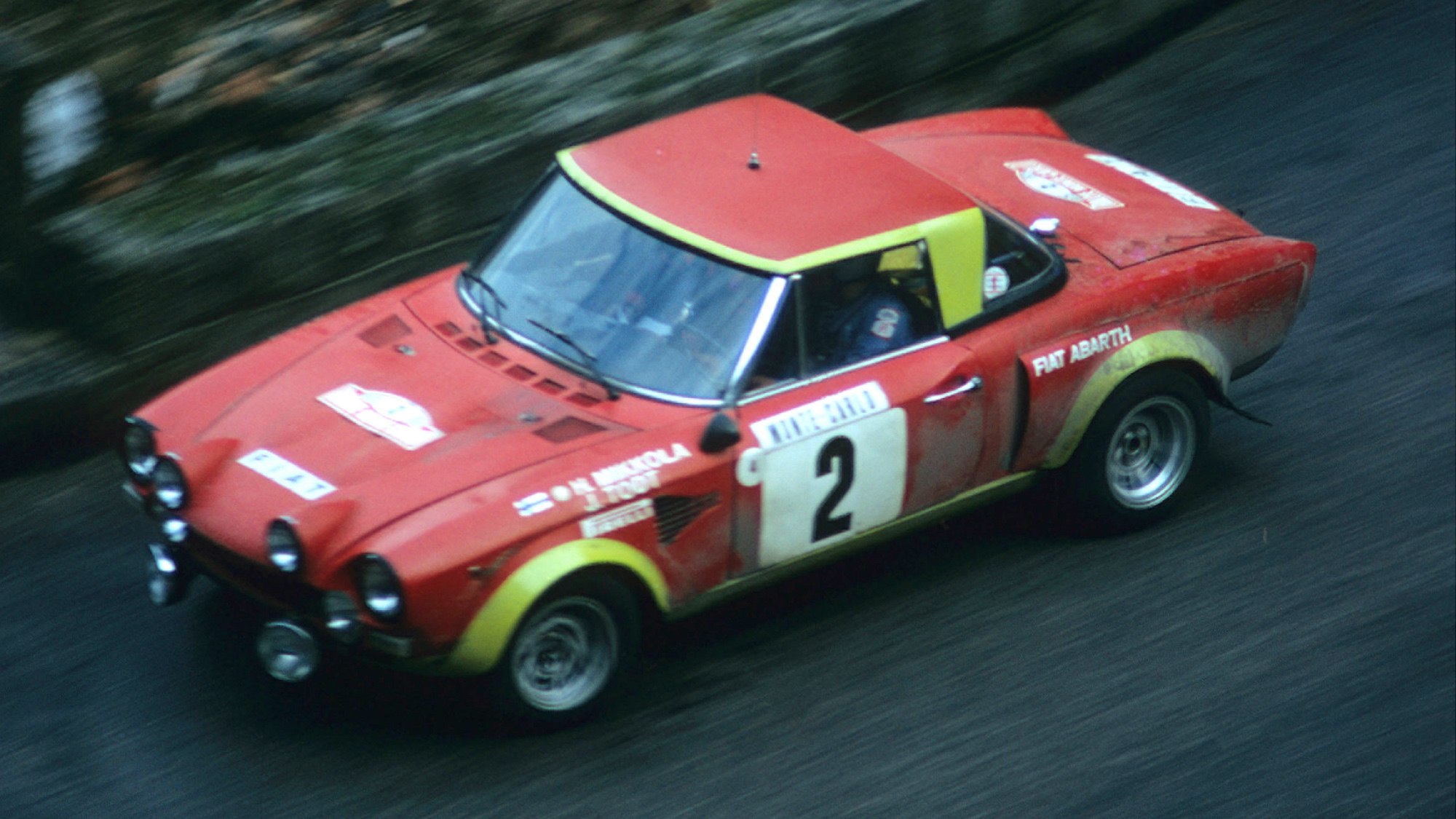 Mikkola, his Pirelli-shod car no match for a phalanx of Saab 96 V4s on the snow and ice, finished seventh.

Unflappable Hannu and flamboyant Ari, each brilliant in their different ways, sparked my interest in the sport.

Their presence gave the British Open Championship of my teenage years the air of a world championship in miniature.

For that I would like to thank them – as do others.

“I have received so many nice messages this week,” says Vatanen. “It means a lot. One said, ‘You [both] lit up the British forests.’ 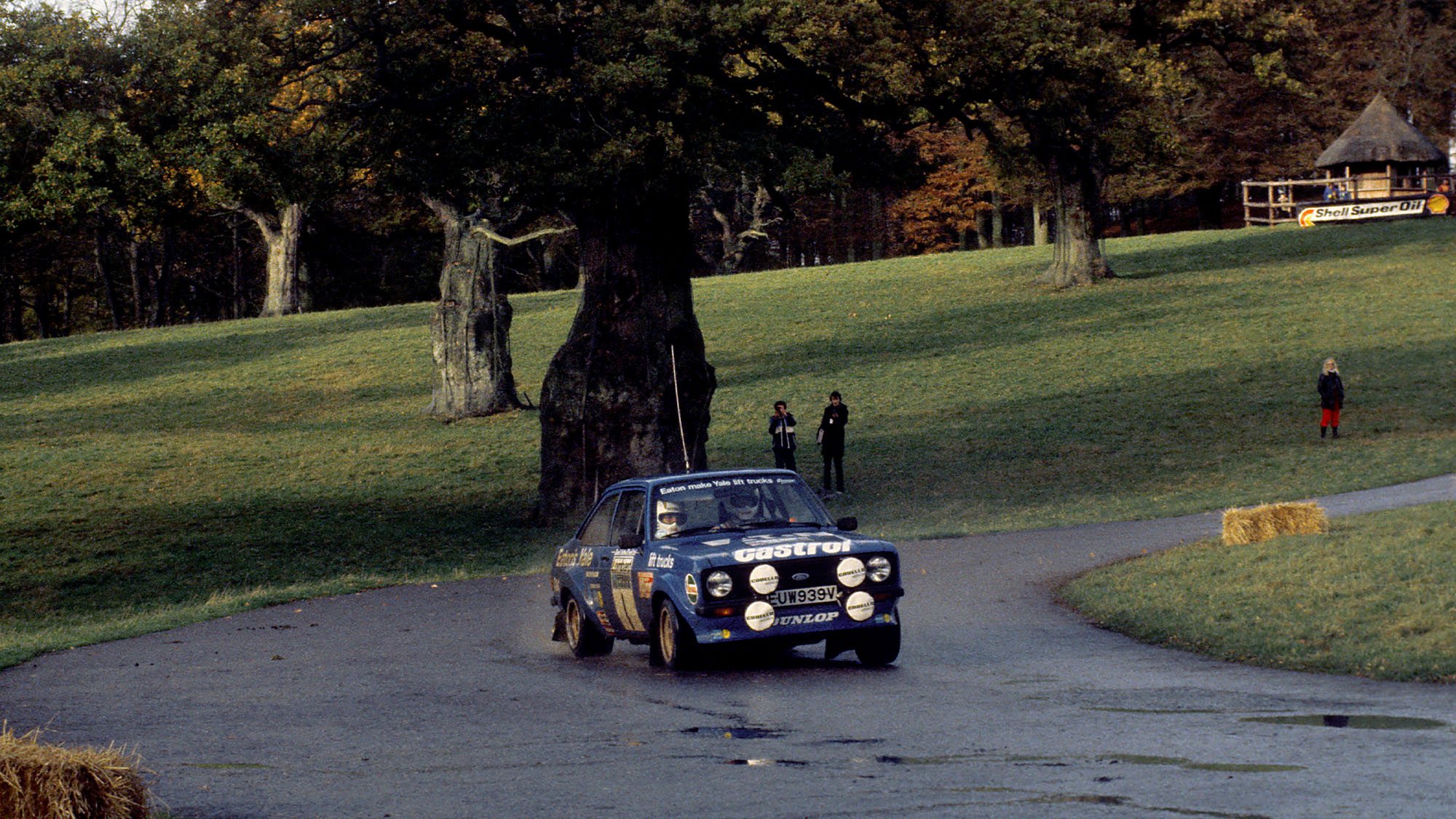 It is said that you only realise what you had when it’s gone. That isn’t true in this case: Mikkola’s passing has intensified what is already held dear.

Thus it is with a tear in my eye and a choke in my throat that I say goodbye to Ari and hang up.

And it is with a heavy heart now that I write: farewell, Hannu.

Those precious few seconds as you howled by in an Escort or whistled past in a Quattro are my forever snapshots of your genius.

As vivid now as ever they were.