Rauno Aaltonen recalls the Minis’ disqualification from the 1966 Monte Carlo Rally more than 50 years on, at Race Retro 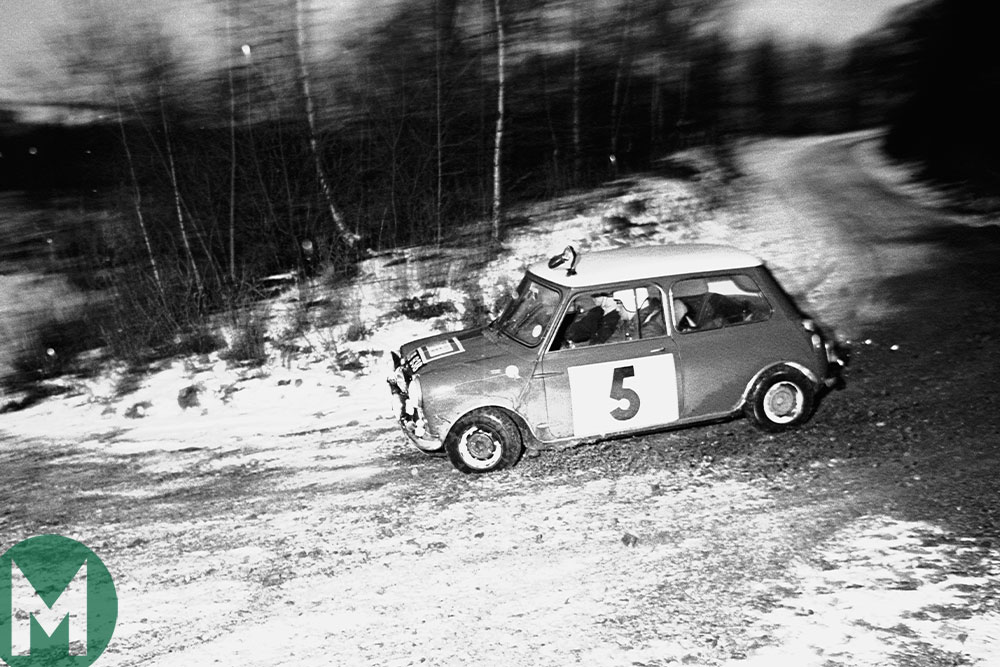 “In motor sport all kinds of unforeseen things happen and you take them as they come,” says Finnish rally driver Rauno Aaltonen.

As well as finishing second in the Safari Rally six times – a gruelling contest across Kenya, Uganda and Tanganyika – he raced in nearly 130 countries over his decades-long career.

But one sticking point is still the 1966 Monte Carlo Rally, in which he finished third. Then controversy raged.

“All British cars were disqualified and it’s still unclear to me as to why the whole incident happened,” says Aaltonen at Race Retro, the historic motor show powered by Motor Sport.

“Timo Mäkinen, my good friend, was first, with Roger Clark, me and Paddy Hopkirk behind.

More: On the road with the Monte Carlo Rally-winning Mini-Cooper S

“And I think we finished around 2pm. At 8pm, the telephone rings from my room and I was summoned to the stewards’ office around 9pm. So I went, and there was Timo, Paddy, Roger and I sitting there.

“A lady comes in and tells us to wait for a while. Then comes a man in, wearing a dark black suit, a new tie and white shirt. He even had make-up on, I think.

“He looks at us without even saying good morning and says ‘you are disqualified’, and turns around.

“Paddy Hopkirk says very loudly, ‘Sir excuse me, explain to us why we are disqualified’.

“The man replies and starts to laugh says ‘Ah. You did not have yellow lights,’ and says ‘you are out!’”

Motor Sport was baffled by the regulations, writing, “Right throughout this sad history there is nothing but evidence to show that the works teams and the private owners from Britain acted in good faith and tried to use the best equipment that was available and was permitted under the rides,” in the March 1966 review of the rally.

“It could be argued that they should have been content to use a perfectly standard car as supplied from the dealer to be sure of keeping within the rules, and that certainly is the answer to any claims that ‘we was robbed’.

“However, when it seems clear that the rules have not been drawn up with that exact idea in mind, no one can be blamed for trying to improve driver comfort and visibility within the limits allowed. When it comes down to it, I don’t seem to remember that the British cars were any slower over the daylight tests than the French cars just because they didn’t have their iodine lights to help them.”

Watch: The Monte’s most controversial finish

Aaltonen’s story backs that report of vagaries from the stewards’ office.

“We’re told to wait for a while again,” continues Aaltonen. “And then comes in the same man again and he says, ‘You are disqualified’.

“Again, Paddy asks him to explain why.

“And he says, ‘The track [of your cars] was too wide’. A different reason that they found in seven minutes.”

Aaltonen maintains that the cars were within the rules and, in anticipation of difficulties surrounding the heavy-handed stewards, he’d kept the car as it was during the rally.

“I’d left the car in parc fermé and he went very red in the face when I told him that. In comes a lady and she tells us to wait, and he comes in again and says ‘you are disqualified’.

“He says: ‘you are dipping your headlights’.

“He disappeared and it remains like that. They had to find a reason to disqualify us.”

But Aaltonen foresaw a run-in with the Monte Carlo Rally organisers.

“In December when I was practising for the rally, I went to a restaurant nearby and the owner rushed towards me. He said: ‘Rauno, something terrible has happened!’

“I asked what and he said that the Monte Carlo organisers were at the restaurant the Sunday before for lunch and they, after a couple of brandies, decided to disqualify all the British drivers.

“This was the background, so I was prepared, and that’s why I left my parc fermé in anticipation of difficulty. We didn’t anticipate that we’d be disqualified, however.

“I’d been a professional since ’61 and all kinds of things happened in the sport. I don’t feel bad about it, these things happen,” he says.

Aaltonen went on to win the rally in 1967, and in March 2016 he told Motor Sport that the disqualification still weighed on his mind. If only because he never received the prize money.