The Dakar is a formidable challenge in much the same way as the old Nürburgring in an F1 car is quite scary. It’s a monumental undertaking and even today fewer than half the entries finish the gruelling South American rally. 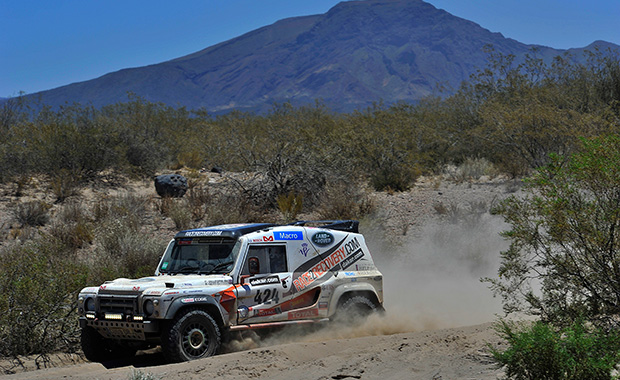 One of Race2Recovery’s Bowler Wildcats on the 2014 Dakar Rally

Imagine, then, buying a car capable of doing it and then telling your team that you really didn’t need any practice. “We kept trying to warn this guy that this is the Dakar,” the founder of Bowler Motorsport Drew Bowler tells me about one of his past customers. “We tried to tell him, ‘you need to train for this, you need the experience and you need to be physically and mentally fit’. He wasn’t having any of it. ‘No, I’m in business, I know what I’m doing.’

“The first time he sat in our car was on the startline of the Dakar. He turned to his navigator and asked ‘what do we do now?’ Credit to him, though, he got to day four [out of roughly 14].”

Why is the Defender Challenge necessary?

To be fair to the driver in question it’s not that easy to train for the Dakar. We’re not blessed with terrain like South America in the UK – that you are allowed to race over anyway – and getting into a car capable of completing the Dakar is always going to be a big step if you’ve never done anything like it before.

If you or I wanted to do the Dakar in a car we’d need to find something north of £250,000 and then spend an entire year immersed in the challenge. That’s a lot of money to part with if you end up deciding that it’s not for you. 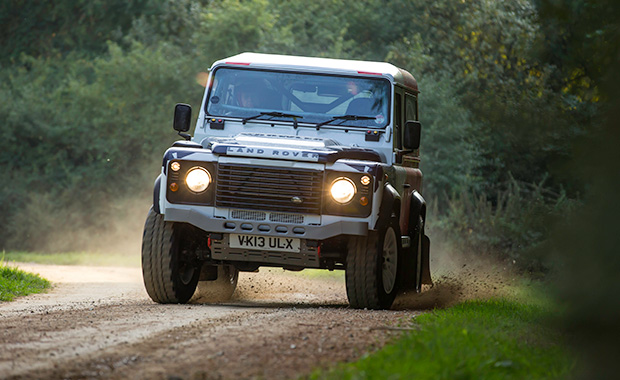 Thankfully there is now a new option in the shape of the Defender Challenge. It’s a new initiative, that’s backed by Land Rover, created by Bowler Motorsport – the guys that brought you the Bowler Wildcat 100 and, more recently, the Bowler EXR and road-going EXR S.

“The whole scene took a hit with the recession,” says Drew Bowler, “and everyone started to understand the value of a pound. A few years ago, if someone wanted to do the Dakar, they were prepared to pay the money, sit on the startline and see what happened.

“People now think about it all a bit more. We had one particular customer who came to us having just done the Transatlantic yacht race. He’d done it, sold the boat and had ticked the box. He decided to come and do the Dakar and fortunately this guy was very meticulous.

“He came to us and said ‘I want to do the Dakar – how do I train, how do I prepare and how do I get my licence?’ It made us stop and think. We built him a Defender to go and do some rallies in and during the process we saw that the potential in the Defender, in terms of motor sport, wasn’t perhaps realised. 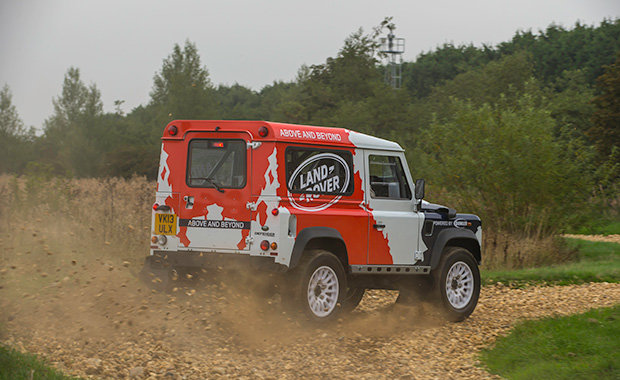 “We planned a bit more, did more work on the car and then went to the ASO [Dakar organiser, the Amaury Sport Organisation]. They agreed that there was a need for a feeder series and they had identified the same problem as we had. That was all last year.” Eleven cars have already been sold – an impressive start to a new series.

What changes have been made?

It’s stripped weight out of the roof (which has been replaced by the weight of the roll cage) and has also tuned the engine. There are two stages available – standard and a 175bhp version with 450Nm of torque. It’s the latter that I find myself in charge of at the Land Rover testing facility near Gaydon.

I’ve already been for a passenger ride with proper driver Hugh Haines and, as with many such rides, the Defender 90 doesn’t look like too much of a handful from the passenger seat. OK, Haines is on a different level to what us mere journalists will manage, but honestly, how hard can it be? Well, quite hard actually… 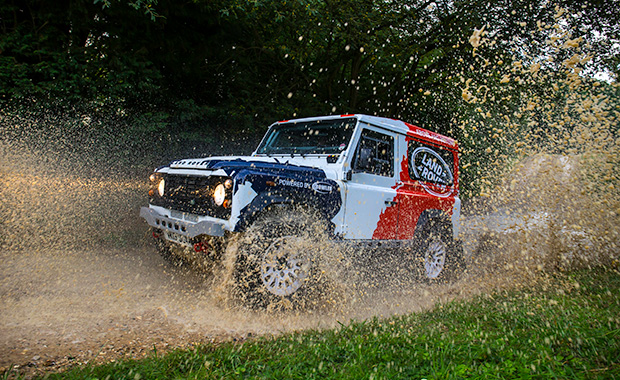 Having spent quite a lot of time in a rear-wheel-drive MGB and some time in a variety of front-wheel-drive oddities you’d have thought that a four-wheel-drive Defender wouldn’t pose too many problems. It is completely different, though, and the Defender Challenge has not been built to make things easy.

“I haven’t been overly worried about making the car forgiving because you have to learn to drive,” Drew Bowler says when I ask about how easy the car is to drive. His answer doesn’t fill me with confidence.

It’s more like piloting a boat – a very exciting one, but a boat nonetheless. Once you’ve got the front to turn in you are supposed to then be able to steer it on the throttle. More power pushes you wider, less power doesn’t. However, where more power in a rear-wheel-drive car will push the back out, it doesn’t do that (not at the speed I was driving it anyway).

It’s a bit like you’re sat on a slow-burning off-road rocket that you just need to keep pointed in the right direction. And if that doesn’t make you want to drive one, it should. 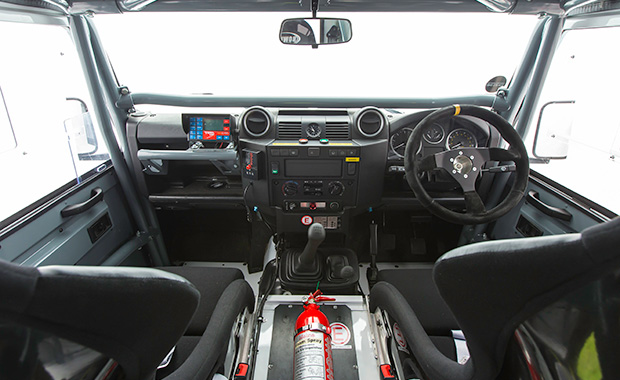 The Defender Challenge costs £50,000 and then £10,000 for the entry fees into five rallies and two hill rallies. OK, it’s not cheap, but the cars are road registered and if you didn’t enjoy it come season’s end, there are only 15 other cars like yours in the world – a useful point when it comes to resale value.

It’s an interesting step from Land Rover and Bowler Motorsport this one and worth keeping an eye on.