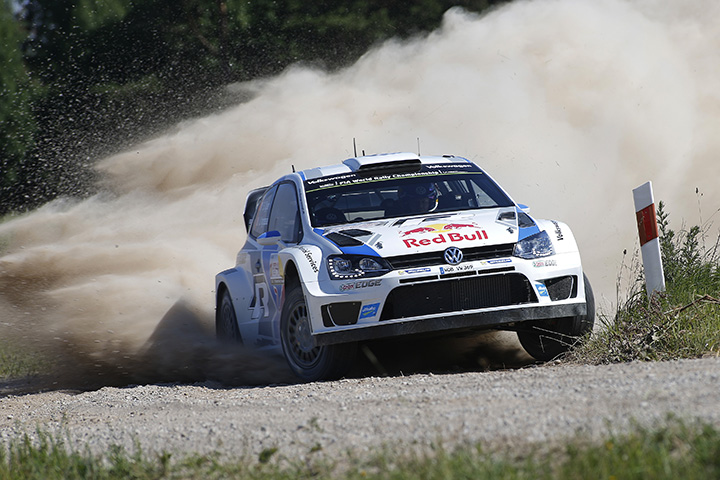 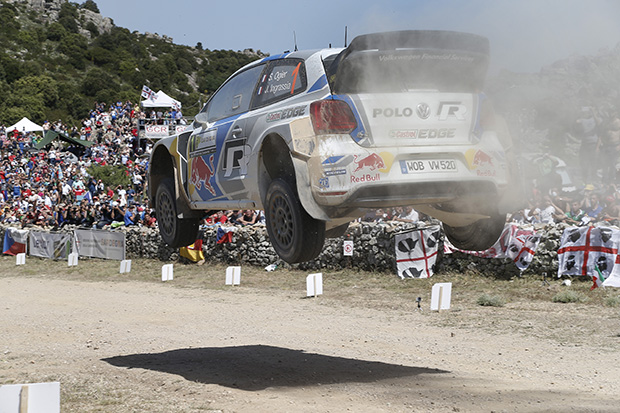 The best car I have driven is the one I have at the moment. I feel so comfortable in it and it’s a fantastic car.

This car does everything I want it to do, it’s really good, but on some very fast rallies I would love to have some more power by mixing the fantastic chassis of the Polo with the two-litre engine of two years ago.

The Volkswagen engine is really powerful but with these regulations we are not allowed to have more turbo pressure. It would be a good idea to adjust it like in the WTCC, with a bigger restrictor. They are closer to 400bhp and that would be nice as well. 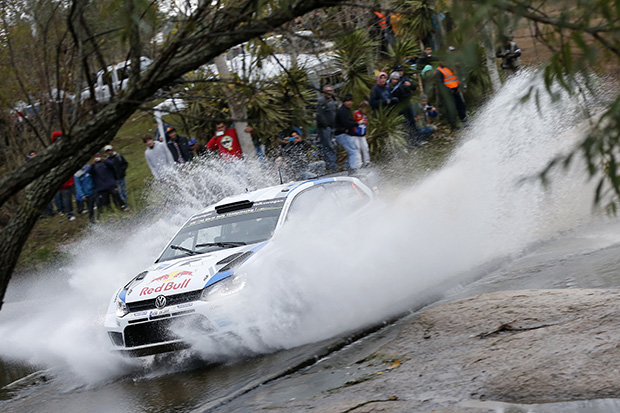 The driving force behind the Polo
In 2013 Simon Arron met the ‘new’ Sébastien. Some say Ogier could be even better than Loeb…

Namesake Loeb might have broken most World Rally Championship records, but there are some who believe Sebastien Ogier’s potential to be greater still. Comparisons are inevitable — given their shared forename, nationality and speed — but Ogier doesn’t mind. “There’s no escape,” he says, “because people keep talking about it.”

After this interview took place, Ogier claimed world rallying’s main title for the first time, five years after he clinched the Junior WRC. In his first season at the wheel of a works Volkswagen Polo R, he took a clutch of victories to repay the faith originally shown by French motor sport’s governing body, the FFSA.

In 2005 Ogier won an FFSA scholarship that earned him a drive in the following season’s Peugeot 206 Cup. He took the title in 2007 and was promptly promoted to the global stage, driving a Super 1600 Citroën C2 in the JWRC. He won his class first time out in Mexico, clinched the title in Corsica and was given the opportunity to try a full WRC-spec Citroën C4 on the Rally GB. He led for a while, too, before crashing. “Things have moved incredibly quickly,” he says. “The FFSA scholarship enabled me to compete and results soon came, so much so that I was contesting the Junior WRC within two years. I won that, so progress was pretty rapid. Things only really slowed down in 2012, when I decided to join Volkswagen and had to take a sabbatical to develop the car. I think that was a good decision, though, as recent results have proved. Success has opened other doors, too…” That’s why, earlier in 2013 he contested the Porsche Supercup race supporting the Monaco Grand Prix… as, too, did Loeb, whose racing credits include second place in the 2006 Le Mans 24 Hours. Both ran in midfield, but Ogier had fractionally the upper hand in both qualifying and the race.

“I drove a Ferrari in the French GT championship at Paul Ricard two years beforehand,” he says, “but this was only my second circuit race. A few years ago I would never have thought I’d get a chance to compete on the streets of Monte Carlo. You get a fantastic sensation of speed, with the barriers and buildings being so close, but it’s true that it felt quite wide compared with my normal environment.” Mostly, though, this was a light-hearted diversion from the day job. “My season with VW has been much better than we’d dared to imagine,” he says. “We reached a very high level incredibly quickly, with three wins and a second place in the first five rallies. It might look relatively easy from the outside, but that’s never the case. We have work to do, though. We can still improve things for certain conditions.

“At the start of the season everyone said we’d been disingenuous, that we hadn’t told the truth about our speed, but in Monte Carlo it was a pleasant surprise to see that we were on the pace. Until then we genuinely had no idea where we stood.”

Does he harbour any regrets about his sport’s evolution and the absence from the world championship of rallies such as the Safari? “Not really,” he says, “because everything changes in life. There’s not much I can do about when I was born! I’ve just had to deal with my own era. The very fact I became a professional driver is a dream come true — my hobby is my job. There’s no point saying the old days were better. You simply have to move with the times.”