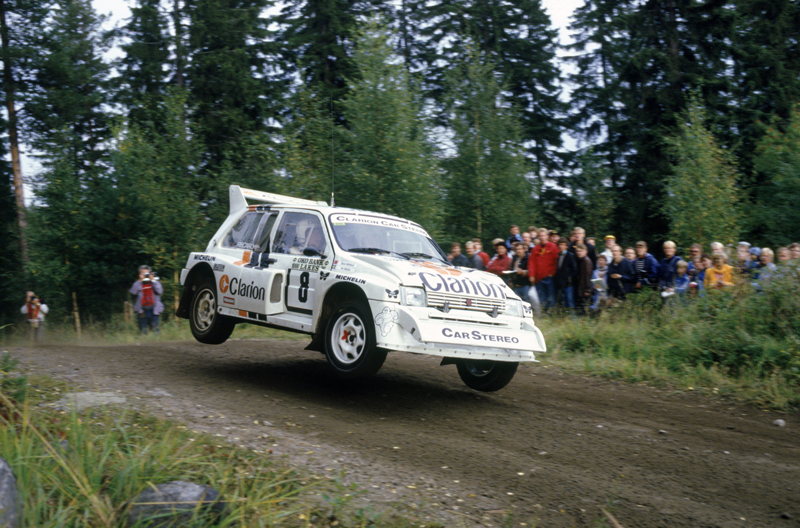 Colin [McRae] was driving the zero car on the McRae Stages in his Mk2 Escort, but the gearbox did itself the day before the rally. I was living with Colin’s family at the time and that night Colin said ‘Go and pull the Metro out of the shed, wipe the cobwebs off and we’ll use that’.

At one in the morning he said ‘Let’s see if this thing is still going’, so I strapped myself into the passenger seat for an hour on the roads around Lanark, which is an experience I will never forget. It was my first time in something as raw as a Metro and with a driver as raw as Colin at the wheel, it was poetry in motion.

I got to drive a 6R4 quite often at the rally school where I worked, in Ireland. There is absolutely nothing filtering the senses. It’s pure 500-600 horsepower straight through to your right foot. The car would just laugh at you if you drove it slowly.

The sensation of driving that car with the noise and the pleasure of being able to manhandle it and for it to start to work when you wrestle it into submission… It’s brilliant.

It’s something I want to do more, but I’ve obviously got other priorities. I do get to watch the video of me doing a demonstration in a 6R4 on Donegal stage of Rally Ireland in 2009. It’s even on YouTube.

Writing in Motor Sport in the 1990s, Tony Pond gave some insight into the short international competition life of the MG Metro 6R4

The MG Metro 6R4 was an incredibly exciting car to drive but it really needed a longer life if we were ever to get the best from it. When Group B rally cars were banned from the world stage, the 6R4 simply ran out of time.

The early versions started life without wings and we soon found that the aerodynamics were crucial to the car’s performance. Without the wings the car didn’t function at all – and it was only adequate with them. But the biggest problem with the car was the V64V engine. In the early days it was unreliable, throwing cam belts, and in the end we discovered a massive hole in the power band. The drivers had been complaining about this all along, there was just nothing at about 5000rpm, but the engine guy thought it was only a minor dip. The problem didn’t show up on the dyno and it wasn’t until Austin Rover built a new one, where the engine could be run with the exhaust system attached, that we saw where the problem came. I guess that the ex-works cars, ones worked on since Group B was scrapped, are actually better than the ones we had, but ours had all the problems of a turbocharged engine without the grunt. And given that the whole idea of using a normally aspirated engine was to get over that exact problem, you can see where we were struggling.

There’s no doubt that, had the engine worked as it should, it would have been the way to go because it had masses of torque and loads of revs, up to 10,000rpm on the early cars until the cambelt problems occurred.

But when the car was working it was incredibly quick. I once got a 0-60mph time of 2.8 seconds out of it and something equally phenomenal when we tried the 100-stop time.

The original cars were done at Williams and, as they were hand built, they were the best handling cars we ever had, really stiff. Once we had to go the production route at Longbridge and build the 200 homologation cars, things weren’t quite so good. 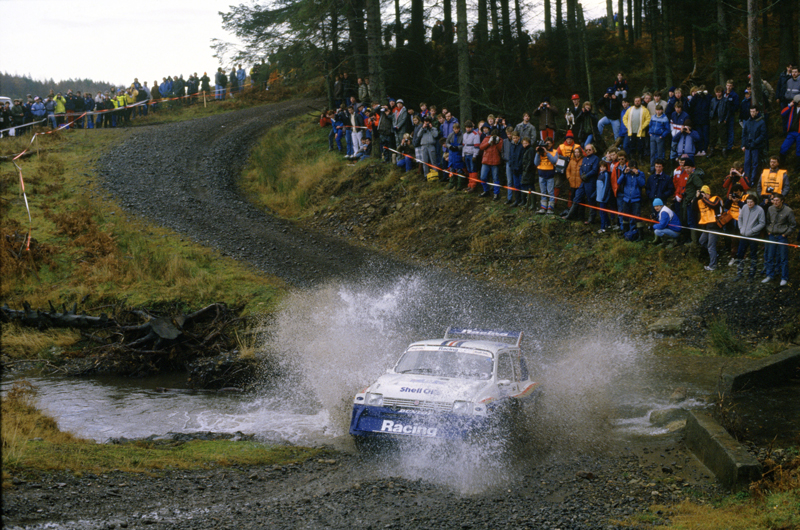 I don’t miss the car, although when it was going well it was really great fun to drive. They were difficult to set up, noisy and smelly, but great fun. But I didn’t really get the results with the car and it seemed that it took a lot of work to get very little back, unlike the TR7 that came before.

I don’t know how we ever managed to get the car built. It took so long to make it happen. When the first car was ready, Patrick Head said that by then we should already be working on the evolution version. But that was the problem with such a big company and that’s why small units like Prodrive are successful nowadays. There was such a small window of opportunity for us in those days and, had it not been for the fact John Davenport and Harold Musgrove were at the company at the same time, I doubt it would ever have happened. But it was fantastic while it lasted.

Taken from the July 1997 issue of Motor Sport. To read more click here.