Loeb became the WRC’s oldest ever winner, whilst it was M Sport’s first victory since Australia 2018.

However, the squad’s new car – which the team had placed all its chips on against the motor sport-strangling backdrop of Brexit and Covid – was barely ready in time for the event with the team pushing development to the limit, making the victory all the sweeter. “To pull it off is a great feeling,” team boss Richard Millener told Motor Sport.

WRC’s 2022 Rally1 regulations meant cars had to use a complicated hybrid system and new space-frame making them safer but also carrying extra weight. If M-Sport wanted to be successful in this challenging new era, it had to make some tough decisions. 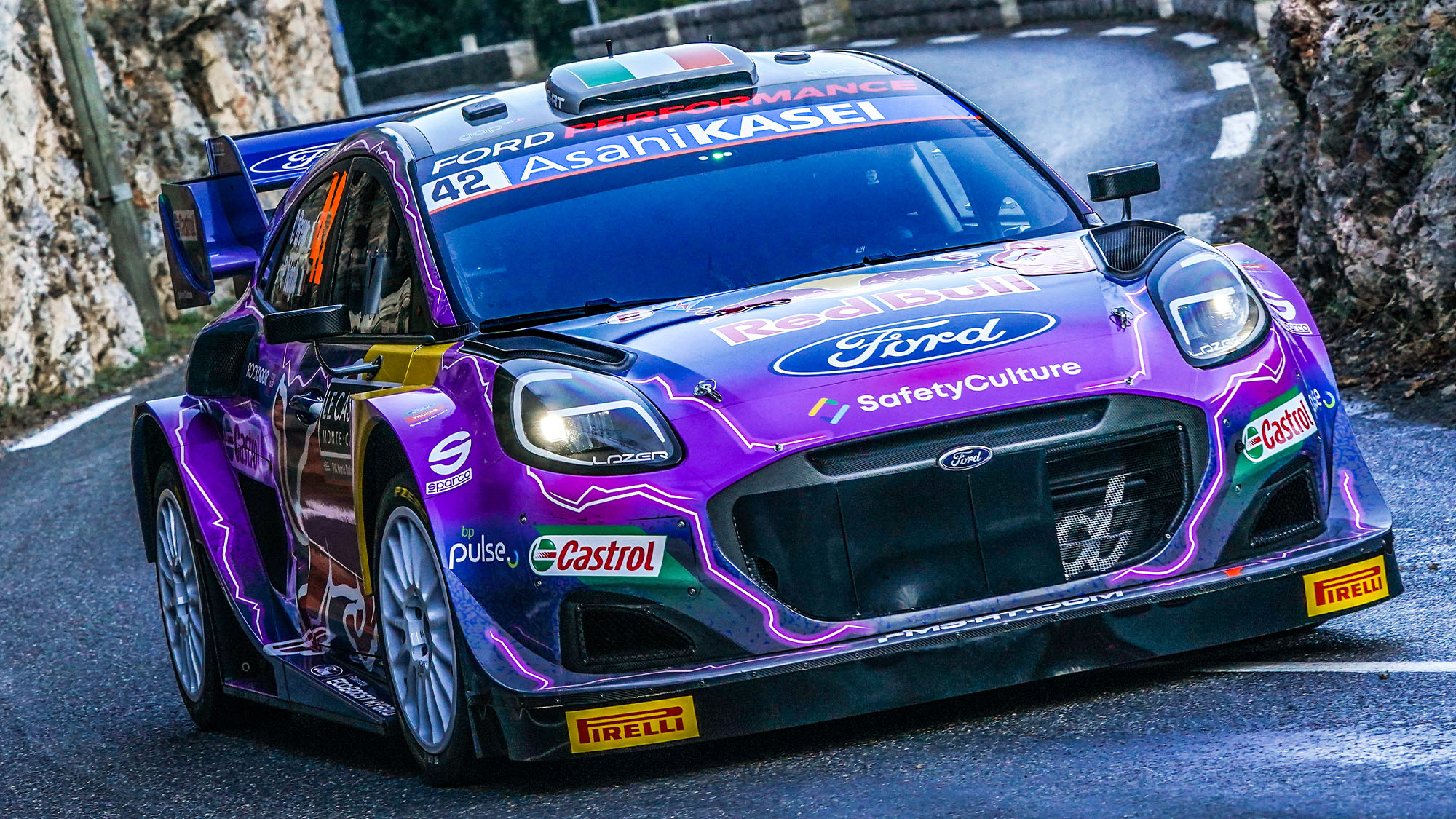 “It’s been a difficult couple of years, because we knew that we’ve had to decide on how we want to approach the new set of regulations,” Millener says.

“We opted to slow down the development of the Fiesta, because we didn’t have the budget to do that and employ top level drivers.

“It made more sense to start focusing everything on 2022, which is a bit of a gamble, because you’re then hoping you could produce a car that’s going to be fast enough for those new regs.”

In this new era of WRC though, Millener and co were aware that speed might not be the number one priority in the gruelling WRC – something identified by designer Chris Williams and exemplified by last weekend by Hyundai, who suffered a slew of issues from exhaust fumes in the cockpit forcing Oliver Solberg to retire to hybrid and handling issues prompting Thierry Neuville to label the experience of driving the car as “scary”.

“Chris Williams has built a number of cars now, they’ve all had huge success rates – he’s worked with [overall M-Sport boss] Malcolm Wilson for 25 years and knows what it takes to build a good car, and a lot of that is reliability,” says Millener.

“There’s probably areas of the car you can make lighter or faster, but if they don’t last for the rally, it’s pointless having them. I think our ability to build a car that’s able to cope with the demands of a rally was key.

“It was a really big team effort over the 18 months to design and build with a lot of feedback loops from various different people in different areas.”

Quite predictably though, it was the new hybrid system which presented the biggest headache to M-Sport, not just in making it work but also developing a strategy in when to deploy the temporary extra boost the 100kW (134bhp) the MGU provides.

“There were huge challenges for the technical guys to do,” he says. “It wasn’t all hybrid, but that was a huge part, taking up 70-80% of our time. This is where our relationship with Ford Performance came into its own because we had some of their best electric powertrain guys working with us to ensure that we got the most out of the hybrid, as well as the strategy for when we used it – that was fantastic.

“Going with the full space frame was also a big challenge as well as packaging it in with the hybrid, fuel tank, the new roll-cage and safety cell system, added to reduction of some technology as moving to a sequential stick-shift meaning less hydraulics.”

At first the Puma was developed in the capable hands of Matthew Wilson and Adrien Formaux, but Millener says it was only when new boys Loeb and Craig Breen came on board that the Cumbrian team really knew it had something. 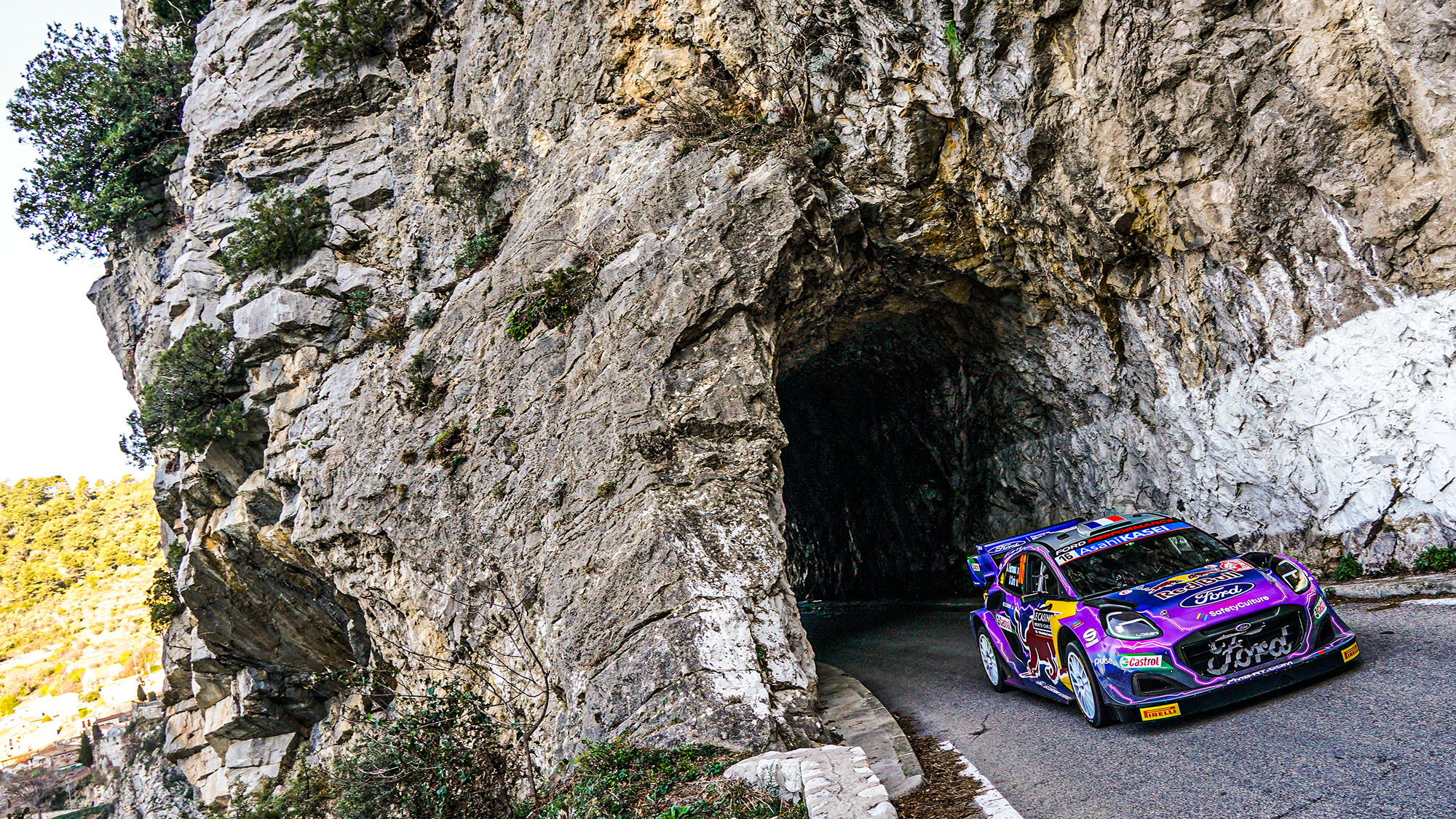 They both had experience with other cars of other WRC teams, Craig being the most recent with the Hyundai i20, which was a very good WRC car from previous gen,” he says.

“His feedback saying that the new car was faster, better and more performing than the previous set of WRC regulations was good.

“And Séb has so much experience in all different kinds of cars, he knows what makes a good one and what doesn’t. Having that positive confirmation against Adrian and Matthew, when all four drivers were reporting the same very good feelings, that was the turning point.” 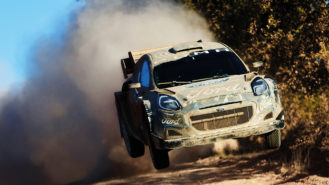 Not since Audi asked if anybody minded four-wheel drive and turbocharging being used on the stages has such significant change come to the World Rally Championship. From the series’ inception…

However, despite the positive feedback, it still looked as though all that hard work might be in vain. Millener emphasises the herculean effort from the team to make the start-line in Monte Carlo.

“Normally, we would be looking at two – maximum three – cars on a debut event so to go in with four, with hybrid being so new, and so much to learn and develop [was very difficult],” he explains. “And we did fall behind in some areas during Covid. Everything became worse with Brexit, meaning getting parts into the country – when it all transitioned over – was very tough.

“So there were huge challenges that put us on the back foot a little bit, not because of decisions we made, just the physical constraints of actually being able to design, develop and build a car. To pull that off is even more of a great feeling because everything was against us in some ways to get to the start of the rally.

“The cars literally arrived at the rally one day before scrutineering and starting shakedown. Two days before they’d been shaken down at our track in M-Sport in the dark because the light pods were already on their way to Monaco! There was all sorts going on – time schedules were so tight and I think that was our biggest problem that we had during development.”

Breen and Greensmith were both effusive in their praise of the car during the rally, and Millener lays out what made the drivers feel at one with the Puma. 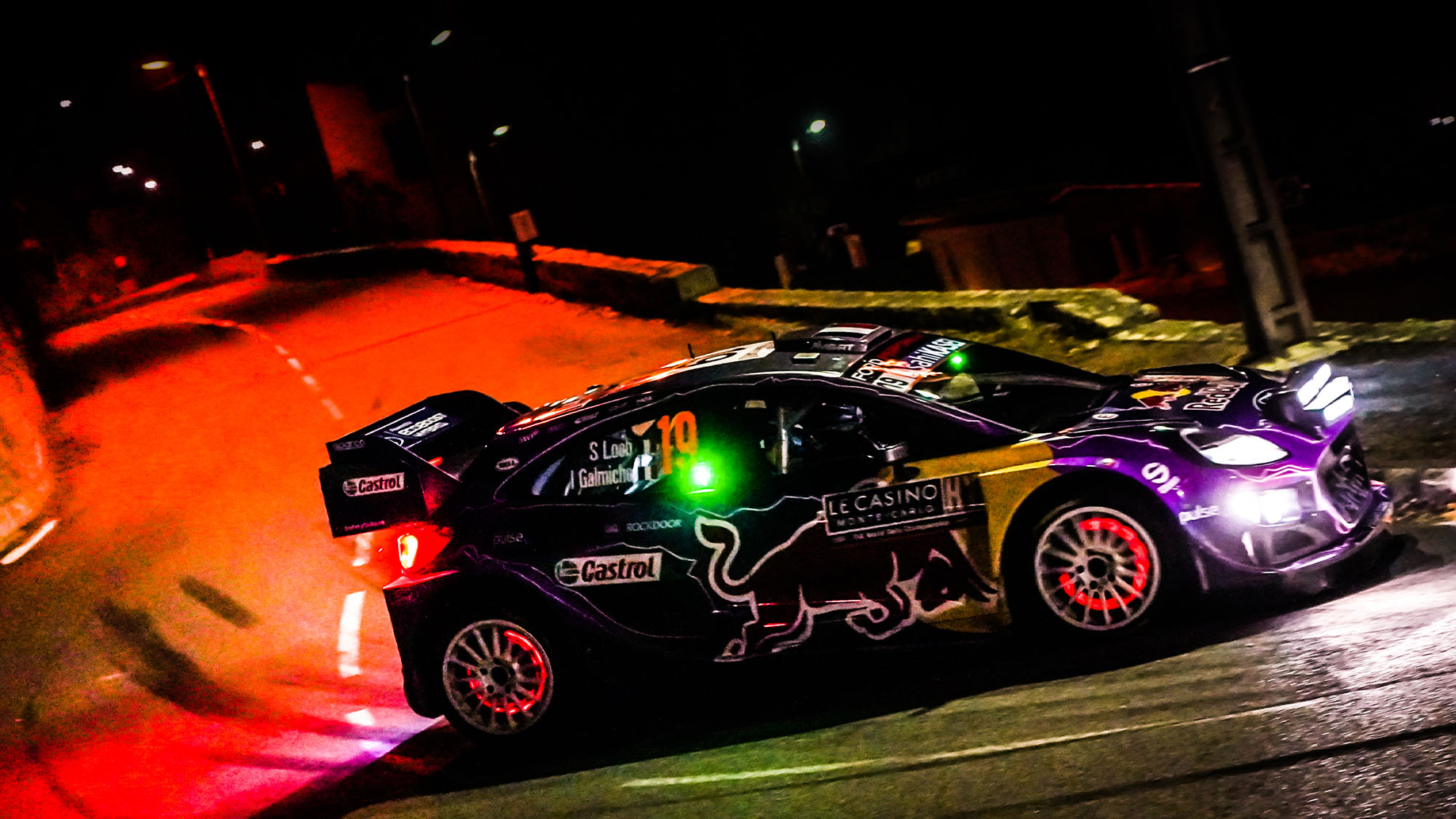 Loeb and M-Sport lit up the mountain stages

“I think they just feel very comfortable in the car,” he says. “If you’re comfortable, you can be relaxed, if you’re relaxed, you can enjoy it and if you’re enjoying it, you can drive fast.

“The car is very simple to get used to it and the drivers seem to think our hybrid strategy is very good, which has allowed them to get the maximum from the unit.

“They enjoy working with a team, they add suggestions and we react – that’s the key thing. 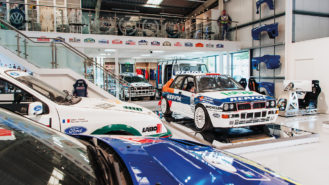 “You build something drivers like and they trust. The debrief yesterday had all the drivers in there and there wasn’t really any huge negatives, which is a great thing to see.”

The proof is in the numbers – seven stage wins for the Puma helped Loeb clinch a famous victory, with one of them being a debut fastest time for young Greensmith.

The sheer joy and release after 18 months of toil was plain to see on all the faces at M-Sport, a first win since 2018.

“Monte is a bit of a lottery event, you can go with the best preparations, the best car, the best drivers and things do happen,” he says.

“Last year was a complete disaster. And as much as we discussed it with all our drivers, unfortunately, Adrien fell foul to that as well again [Formaux flipped spectacularly out of the rally, writing off the chassis], but at the same time we had Séb, Gus and Craig ending up with incredibly good results. There was a lot of hard work to get to this point, and it just felt so good. The whole team was so happy what we achieved and we’re in a really, really good position now.”

WRC’s next port of call is the snow-bound Rally Sweden, presenting a new test to prove the Puma’s pliability. Millener is bullish about the car’s performance, but perhaps not so much about the team’s chances across a full season against the might of Toyota. 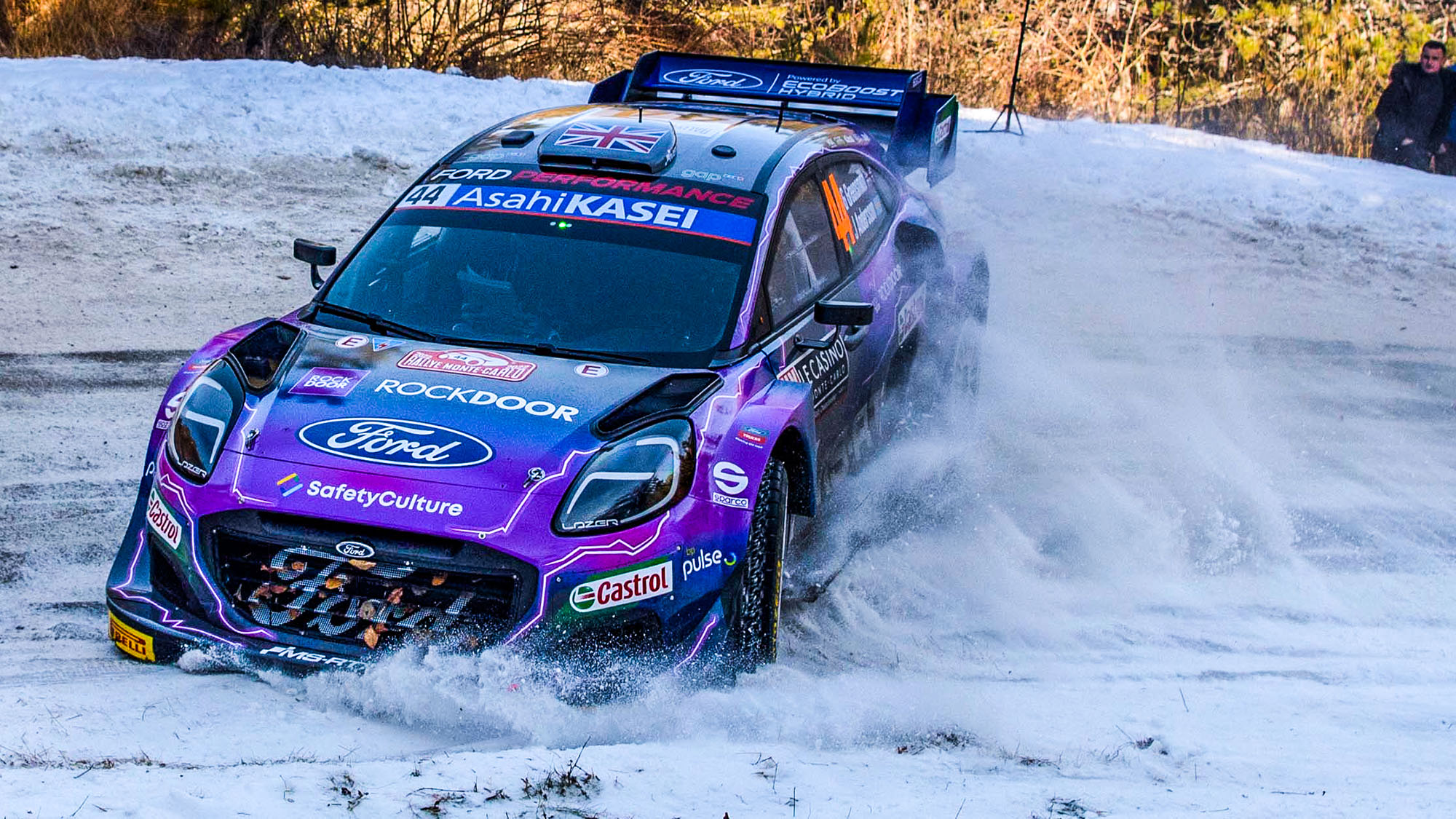 “You have to be realistic – someone like Elfyn Evans would be incredibly hard to beat over the course of the season,” he admits. “It would be tricky for us to win a championship.”

“For sure Hyundai had a tough weekend, but it won’t be long until they catch up too.

“Craig hasn’t got so much experience with some of the rallies. But, you know, he came to Monte Carlo, and whilst his testing crash didn’t necessarily help, he did a very good job.

“Craig can certainly be up there challenging for event wins. I think that’s what we’ll be aiming for, taking it one step at a time and seeing how it goes.”