Six-time Formula 1 world champion Lewis Hamilton will enter his own team in the Extreme E electric off-road racing series when it launches next year.

Hamilton announced that he will be entering a team called X44, named after the number he races with, into the inaugural season in 2021.

The series aims to spread awareness of global warming and the threat to the environment by racing in five remote destinations most threatened by climate change, including Nepal, Greenland and Brazil.

While Hamilton won’t be driving as part of the X44 team, the Mercedes driver said that it was a great opportunity to help spread awareness of climate change.

“I am looking forward to building my team around important values such as sustainability and equality. Extreme E is an exciting new initiative, and this is a great opportunity to be involved from the outset as a team founder,” he said.

“Not only will we visit remote locations facing the front line of the climate crisis, we will also work closely with these locations and leading climate experts to share our knowledge and leave behind a positive legacy in each location which goes far beyond the race track.

“Every single one of us has the power to make a difference, and it means so much to me that I can use my love of racing, together with my love for our planet, to have a positive impact. 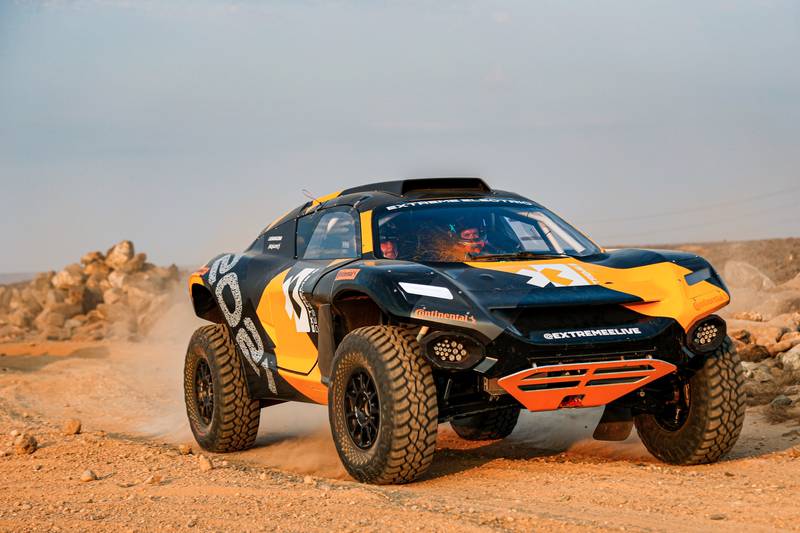 Extreme E is set to be the first series in motor sport to make a mixed male and female driver line-up mandatory, as it looks to help promote gender equality…

“I’m looking forward to the team taking part in this new series and I think it’s incredible that we can do so while raising awareness about the climate crisis.”

Hamilton joins the likes of Adrian Newey, Jean-Éric Vergne, Chip Ganassi Racing and Andretti Motorsports in competing in the series.

Red Bull design genius Newey and two-time Formula E champion Vergne are co-founders of Veloce Racing, which was one of the first teams to confirm its entry to the series ahead of its launch next year.

RMS St Helena will transport the entire paddock and racing equipment around the world and form a floating base of operations in efforts to limit the carbon footprint of the championship.

“We are thrilled to welcome Lewis Hamilton and his X44 team to Extreme E,” Extreme E founder and CEO Alejandro Agag said of Hamilton’s announcement.

“Like us, Lewis is hugely passionate about motor sport, but also shares our belief that we can use sport to highlight subjects which are vital to the world, such as climate change and equality.

“Lewis is one of the most successful drivers of all time, and we’re all excited to see how his X44 team performs on and off the race track under his incredible guidance.”