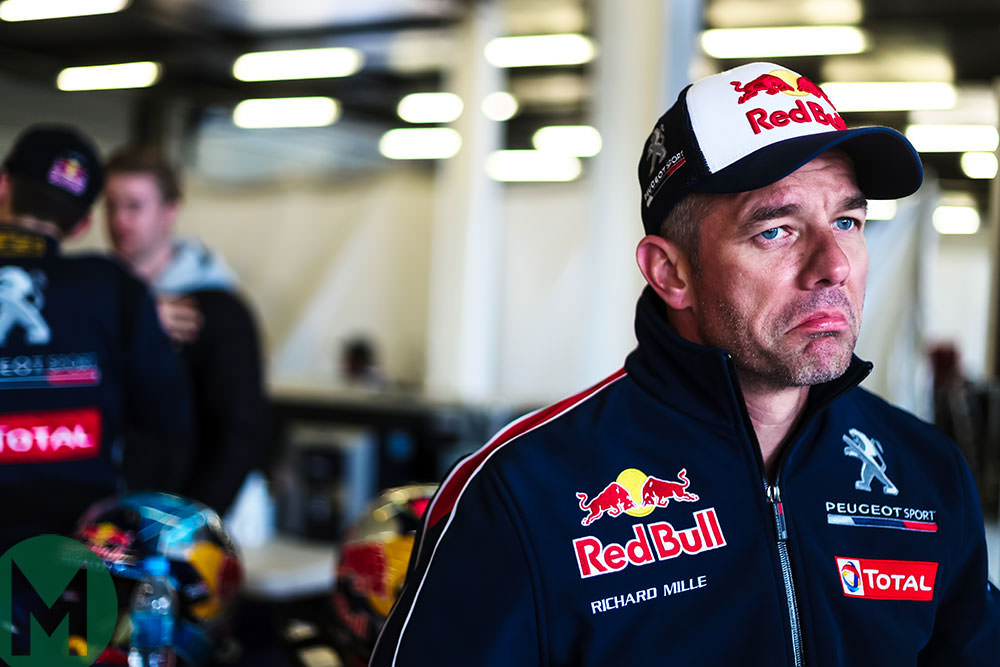 Sébastien Loeb criticised the new World Rallycross track at Silverstone and compared it unfavourably to Lydden Hill, which was replaced by the British Formula 1 Grand Prix venue for the 2018 WRX season.

“Lydden Hill is much better,” said Loeb after testing the new Silverstone circuit in March. “Silverstone a small track, and not a fast, flowing track like Lydden Hill.

“I don’t take part in discussions regarding the calendar,” he said. “I do what I have to do, it’s not really my job to say otherwise. If we have to drive here, we come and drive here.

“But for sure, the Silverstone track is not as nice as Lydden Hill.”

Johan Kristoffersson, 2017 WRX champion, explained why Lydden Hill would be missed, but praised Silverstone’s approach to hosting a WRX round.

“Lydden Hill is a much faster-flowing track with high grip. Silverstone, on the other hand, is tricky, technical and low-grip.

“Track-wise I actually don’t- it doesn’t matter,” he continued. “It’s the competition itself that matters, and we need events like this in a growing sport, with more capacity for spectators.”

Silverstone transformed its round to a full festival, with camping tickets available over the weekend and artists performing at the end of each day such as Dizzee Rascal, Lethal Bizzle and Basement Jaxx.

“You really notice now that more young people are finding out and getting engaged in the motor sport, and especially the social media side of things,” added Kristoffersson.

Nine-time World Rally champion Loeb agreed, saying that the popularity of WRX was increasing. “It’s still not like the WRC,” he said, “but it’s a nice discipline and I enjoy it. It’ll be an exciting show for the spectators too.”

The 44-year-old, who stepped away from full-time WRC competition in 2012, explained that a 10th title isn’t on his mind, even though he will have competed in three rallies by the end of the year: Mexico, France and Spain.

“I don’t miss WRC,” he said. “I don’t want to do a full season. I wouldn’t like to be involved in a full season. When I stopped I knew why I did. I wouldn’t go back full-time – just for a few races, but not with the same investment.

“I’m fine with the WRX, doing it seriously and the three rallies around that. Corsica was the French rally and I had to check what was possible around WRX. I didn’t want to make the middle of my season busy, either, so for that I chose the two rallies before the season and Spain at the end of the season, which I liked. “

Not only is a 10th WRC title out of the question, Loeb is keen to avoid talk about retirement.

“It’s really hard to stop racing. You need to have free time – there are other things in your life than just driving – I have my wife and daughter, who I try and see as much as possible.

“But doing WRX is easier than the WRC. You don’t spend all the week racing or in recce, you sit here, discuss things with your friends between races and I enjoy it.”