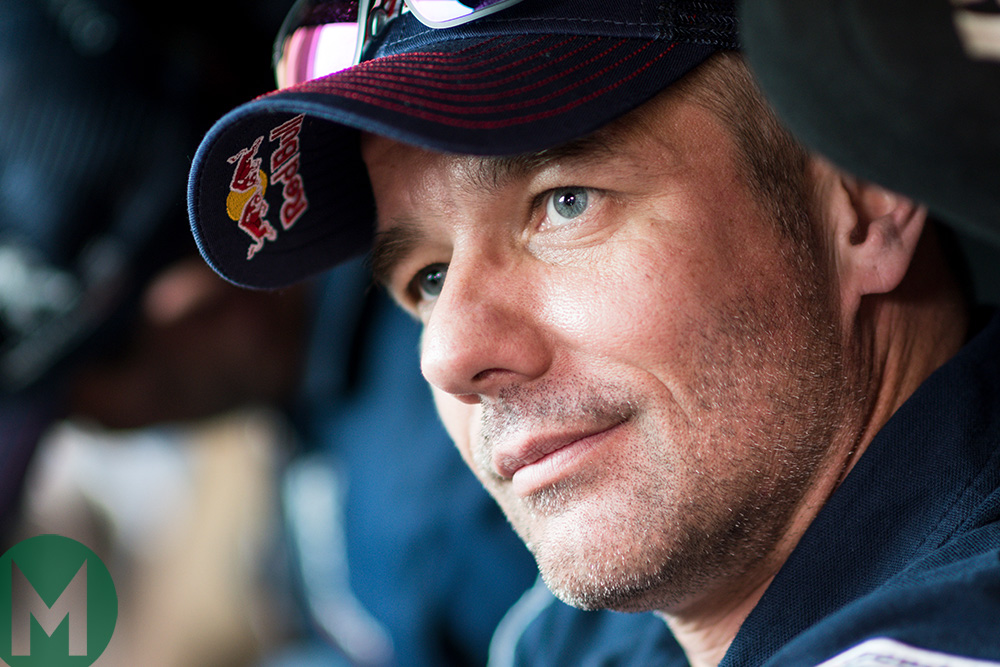 Nine-time World Rally champion Sébastien Loeb will return to WRC competition in 2019 after signing a two-year Hyundai deal to compete in six rounds, sharing a car with Dani Sordo.

Loeb’s ’19 deal starts with next month’s season-opening Monte Carlo Rally. After a five-year hiatus from the championship, Loeb participated in three rallies this year and won the Spanish round and later admitted that he could be tempted to participate more regularly.

The Frenchman retired from full-time WRC participation at the end of 2012 and then competed in the 2013 FIA GT Series driving a McLaren MP4-12C, returning to Citroën in the 2014 and ’15 World Touring Car Cup seasons.

Since the start of 2016 Loeb has competed in the World Rallycross Championship with Peugeot, but the French marque’s decision to quit the championship, announced earlier this year, left Loeb without a drive for ’19. The Hyundai deal is Loeb’s first-ever professional contract outside the PSA Group.

Loeb had already ruled out a full-time ’19 WRC campaign and also is to participate in the Dakar Rally, which ends just a week before the start of the WRC Monte Carlo event.

“I am delighted to announce that Daniel [Elena, co-driver] and I will compete in six WRC events for Hyundai Motorsport in 2019,” Loeb said. “Winning at Rally de España re-ignited my desire to continue competing at the very front of WRC. Joining Hyundai will give us a fresh challenge and one that I can’t wait to tackle. I have been impressed with the team’s approach and their determination to succeed.”

This year’s WRC runner-up Thierry Neuville will drive full-time for Hyundai in 2019 alongside Andreas Mikkelsen. Sordo has signed a one-year contract extension with the team, meaning ’19 will be his sixth consecutive season there, and will complete an eight-rally campaign next season starting with the third round of the season in México. The other rallies he will compete in have not been confirmed. Hayden Paddon’s WRC future is unclear after being offered only a one-rally deal by Hyundai for next year.

Hyundai returned to WRC in 2014 and awaits its first world drivers’ or manufacturers’ championship in this time after several near-misses. Both Hyundai and Neuville have finished as runner-up in their respective championships in each of the last three seasons – this year Neuville missed out to Sébastien Ogier by 18 points while Toyota pipped Hyundai to the crown by 27 points.