Can’t help thinking that the usually perspicacious BMW has missed a trick. But for its maxi budgetary kerfuffle with Prodrive in 2011-’12, it might this Sunday have been celebrating the golden anniversary of Paddy Hopkirk’s Monte Carlo Rally victory with another timely win for a Mini – preferably a red one with a white roof (and sponsored, natch) – driven by a Northern Irishman. 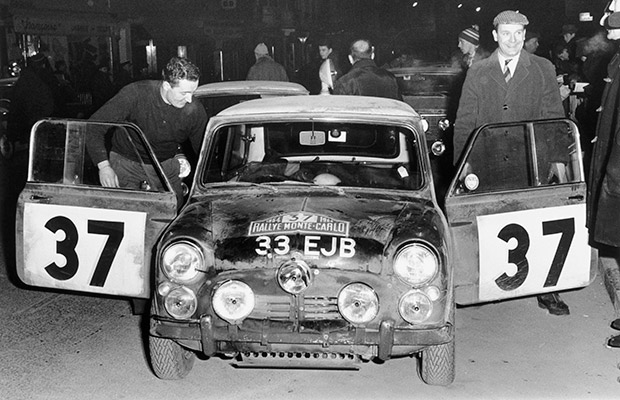 Both the MINI – in caps presumably because it wasn’t that mini, truth be told – and driver Kris Meeke showed tantalising glimpses of promise during their short WRC time together. We know now, of course, that it wasn’t meant to be.

We should be grateful that Meeke – I am amazed he is 34 – has been awarded another opportunity, this time by a Citroën in gentle rally decline while its focuses on Sébastien Loeb in the WTCC. It’s difficult to imagine Meeke’s DS3 defeating the fast and still rising Sébastien Ogier and his mint Volkswagen Polo R, but the Monte can be fickle, as the late, great Colin McRae often found to his cost, and so there’s always hope. (Meeke’s being second-fastest time behind Ogier in yesterday’s official shakedown was certainly encouraging.)

There’s hope, too, that the WRC, like the WEC, is exhibiting signs of recovery. Ogier is an odds-on favourite, but there are perhaps six others who can reasonably entertain thoughts of victory, as Ford and Hyundai, as well as Citroën, take the fight to VW.

A lot has changed in 50 years. 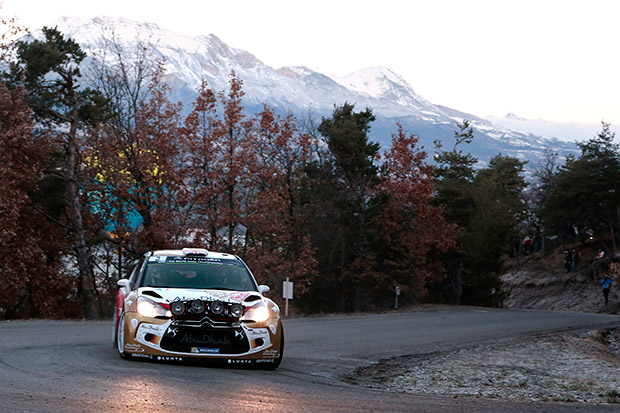 The 299-car field of 1964 was initially spread far and wide: from Oslo, Glasgow, Lisbon, Paris and Frankfurt to Athens. Hopkirk and studious co-driver Henry Liddon began their 2700-mile odyssey from Minsk – now in Belarus, then part of the USSR. This was a decision that triggered at least one handbrake turn to avoid a grumpy Red Army soldier wielding a submachine gun.

The gendarme who later intercepted Hopkirk travelling the wrong way along a one-way street and haughtily demanded to see his rally road book – any official ‘blot’ would have resulted in disqualification – was fobbed off with a cock-and-bull story about a mercy dash to a friend’s funeral.

Hopkirk, now 80, still possesses the gift of the gab and a twinkle in his eye. In a recent interview he explained how rallying then was akin to the Olympics: a nationalistic endeavour as much as a PR platform for the manufacturers. His Monte victory was a victory for British industry.

He also admitted that he had surprised himself in winning.

Despite the protestations of its ingenious creator Alec Issigonis – he was soon persuaded otherwise – Mini had demonstrated its sporting prowess from the moment Marcus Chambers, then BMC’s comps boss, provided chase support to Pat Moss’s Austin A40 during the 1959 Viking Rally in Norway. 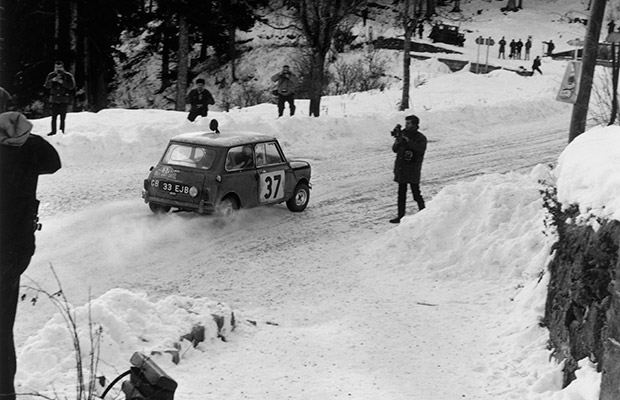 Its big turning point, however, was the almost simultaneous arrival at the Abingdon HQ in 1961 of the modded 997cc Cooper version and a whip-smart new boss: Stuart Turner, only in his late twenties, mind, would inject professionalism into this most strategic of sports. He would also launch the ‘Flying Finns’ on an unsuspecting public.

Rauno Aaltonen, the first of them, was contending for victory in the 1962 Monte when he rolled Geoff Mabbs’ Cooper on the Col de Turini. He was drifting blissfully towards Valhalla when Mabbs, a no-nonsense Bristolian, dragged him bravely from the flames.

It was the cerebral Aaltonen who gave the 1071cc Cooper S, introduced in 1963, its first major success by winning the Touring category of the Alpine Rally.

Hopkirk then promptly won on handicap the nine-day Tour de France, astounding the locals by mixing it with Ford Falcons and Jaguar 3.8s during the event’s nine circuit races and finishing third overall. 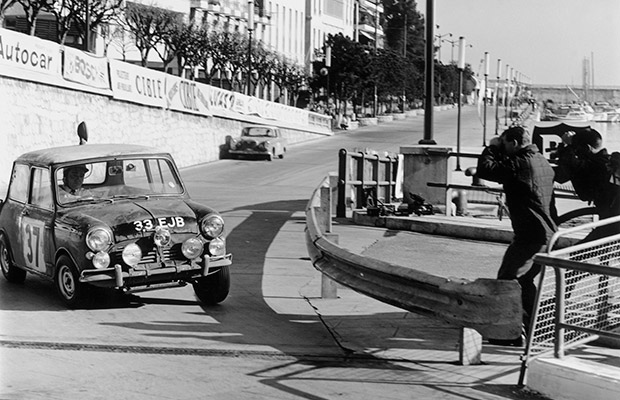 Taking on the Monte

Entered in the same car, 33 EJB, for the 1964 Monte, as part of a six-car team that included Aaltonen, wild man Timo Mäkinen and the BBC’s velvet-voiced ‘Roland Thaxter’, Hopkirk felt that the Falcons of Bo Ljungfeldt, Jo Schlesser, Henri Greder and Graham Hill would provide too formidable an obstacle in the unseasonably dry conditions.

Even though Liddon relayed his enlightening discovery at the finish that they had on some sections beaten by two minutes the Mercedes-Benz 300SE of Eugen Böhringer, rallying’s respected father figure, a knackered Hopkirk hit the hay unsure of his final position.

Indeed, he took some persuading that he had won when awoken from his slumber. But he had, ahead of Swedes Ljungfeldt and Carlsson. What’s more, thanks to the fourth and seventh places of the 997s of Mäkinen and Aaltonen, BMC had won the Team Prize, too.

This was big news and the winners, car and all, were whisked home to appear on Sunday Night at the London Palladium, then British TV’s most prestigious show. No matter what Meeke achieves this week, he will not be accorded the same reception. 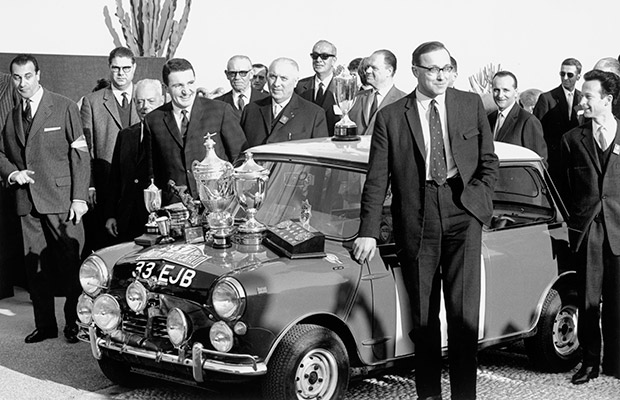 Hopkirk never for a minute thought that his win would still be talked about half-a-century later and selflessly is quick to praise Turner and “the greatest team of engineers and mechanics”.

It’s true, they all pitched in. One man, however, performed above and beyond the call of duty. Mechanic Brian Moylan was settling in his seat at the Palladium and looking forward to a well-earned and enjoyable rest when the call came: the damn thing won’t start! Fortunately, the recalcitrant EJB’s emergency tool kit was still in its boot and Moylan used it to access and clean the starter motor’s pinion and so save the Night.

The audience that serenaded the plucky Mini and its slightly sheepish, spot-lit crew – raised on a dais as the stage revolved around them – with a rousing rendition of ‘Land of Hope and Glory’ was blissfully ignorant of this backstage drama.

That’s one thing in rallying that should never change.