Phew. Ford has recommitted to the World Rally Championship.

No Blue Oval is akin to there being no Ferrari red in Formula 1: survivable, but unthinkable.

A top privateer outfit no doubt could have taken Detroit’s fight, via Cockermouth, to Citroën and – fingers crossed – Mini, but the cachet that works teams possess is vital for a wobbly WRC. 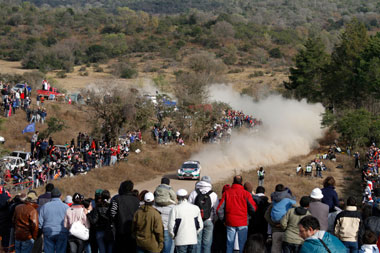 With 2012’s clutch at biting point, series promoter North One Sport is seeking an investor to replace parent company Convers Sports Initiatives, the holder of the championship’s commercial rights having gone into administration following the recent arrest of its Russian boss on charges of fraud.

The FIA is playing it cool – but what else can it do?

All will be crossed in Paris because the governing body has been bullishly talking up its new vision for the WRC: a greater sense of challenge and flexibility of format. 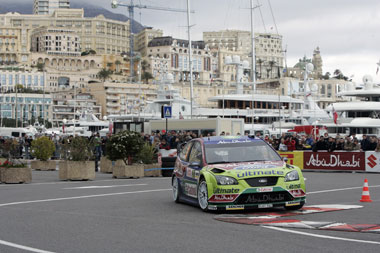 The Monte’s WRC return next month, after a four-year absence, is its first act. The second and third are the extensions of that famous event’s time and distance. The next Monte, at 1043 miles – 270 of which are competitive – will be the longest since 1995.

The mutual foolishness of not co-accessing brands with global reach is plain. Theirs has long been a fractious relationship, however. The Automobile Club de Monaco’s cherishing of its event’s quirks became increasingly irksome as homogeneity was sought by the rule-makers during the 1990s.

When, in 1964, Paddy Hopkirk/Henry Liddon scored the first of three Monte wins for the original Mini (below), they started from Minsk. Streams of competitors from all points of the compass – Glasgow, Paris, Frankfurt, Athens, Warsaw, Lisbon and Monaco – formed a confluence at Chambéry in the Rhône-Alpes before haring to the Mediterranean principality. 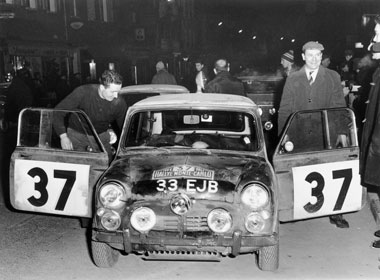 Called the Concentration Run, in 1965 this aspect of the rally lost forever its bearing on the final result, yet was continued anyway until finally it was axed for 1997. By which time it had become a time-consuming irrelevance hated by teams, crews and the media.

The financial, logistical and televisual advantages of the current WRC motifs of centralised servicing and repeated tests are understandable. But those short loops are strangling the sport. Scenery and surfaces change, but the underlying rhythm is repetitious to the point of enervation.

The sense of adventure has been lost – but not irretrievably so.

This year’s Wales Rally GB showed how it can be regained. Its top-to-bottom, north-south route gave the event a new dimension and feel, and was well received. And its stages in fog and/or darkness reminded us what a thrill and skill that is.

A return to the through-the-night marathons of yore would be unwise, unwelcome and unnecessary, however. Perceptions can be changed more simply, safely and cheaply.

The Swedish Rally will again bulge into Norway in 2012, while the long-distance 300-mile event in Argentina in late April was originally scheduled to venture into Chile and Uruguay. Crossing a border, even briefly, spreads organisational costs, excitement and kudos, and needn’t be a logistical nightmare.

Why not occasionally send crews out with a couple of extra spare wheels on their roofs and leave them to it for longer?

And why can’t the odd round of the WRC have two elements: one for endurance and usability, the other for performance?

Times and attitudes have changed. A revived Concentration Run could be used to highlight a rally car’s mpg prior to the meat of the event. Not as visceral as mph admittedly, but indubitably relevant and marketable.

And should an extra mpg or two be deemed worth a second or three on the special stages, you can be sure that drivers and teams would be engaged throughout.

It’s odd that hybrid technology features in F1, and will be integral to the revived World Endurance Championship, when its spiritual home and natural proving ground is surely rallying.

Adaptability should again be the WRC’s greatest asset, albeit in a modern, more manageable form.

Its traditions should play a reinvigorated part too, though. We live hard-nosed lives, and the car market is a tough place to survive never mind prosper – witness Saab’s sad filing for bankruptcy – but must its/our sport reflect that so harshly?

Instead, rallying could provide much-needed romance, engender a wider community and provide a real-world arena in which the next generation of private transportation could prove itself in a thrillingly diverse manner.

That W could stand for an inclusive world rather than a nationalistic one. The 2012 WRC has grabbed the route of Sicily’s Targa Florio for its penultimate round in October – and called it Rally d’Italia. No, no, no. Embrace the history. Tell the story. 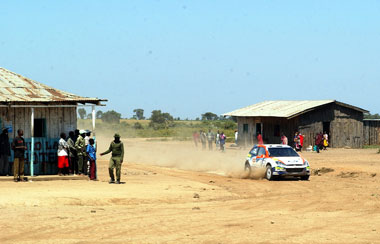 The Safari Rally – the WRC’s Le Mans to the Monte’s, well, Monaco – has not been a part of the championship since Colin McRae won it for Ford in 2002 (above). Conflicts of interest, organisational difficulties, interpretations at odds… Yada, yada, yada. Time, space and the will simply must be found for it. Get on with it.

While you’re at it, bring back the Alpine too, and/or the Tulip, dei Fiori, the 1000 Lakes and the Midnight Sun. Even if you don’t know where these rally names refer to, they are enticing, intriguing. That’s something that the ultra-efficient Loeb Era has been sadly deficient in.

No offence, Seb. You are unquestionably a genius. And surely capable of dealing with a few more surprises here and there.