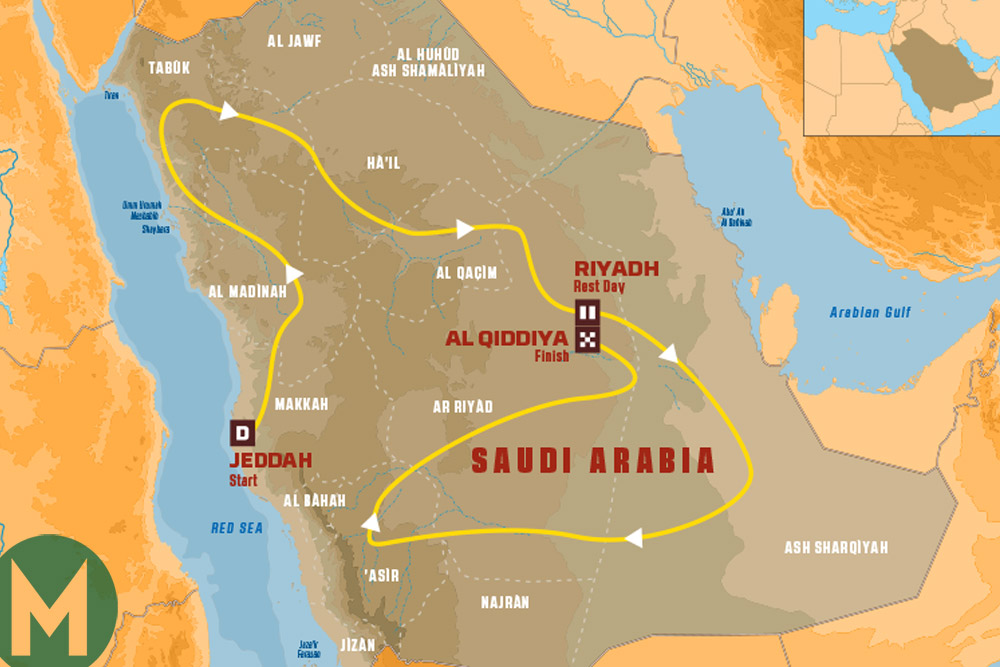 The Dakar Rally will make its way to Saudi Arabia in January 2020 for this first time after 30 years in the African continent followed by 11 rallies in South America. This one, the organisers say, will take riders and drivers through some of the toughest terrain in the biggest country in the Middle East.

Competitors will journey through areas such as the border near Jordan and over the sand dunes of the Rub’ al Khali (Empty Quarter), which is the largest adjoining desert in the world. Dunes there can measure more than 250 metres high, and exploration by foot takes around 40 days.

The route starts in Red Sea port Jeddah, with a rest in Formula E venue Riyadh and the final leg in Al Qiddiya – a new city built in 2018.

Dakar will help South American competitors ship their vehicles and operations to Saudi Arabia for the event, as a third of the field in 2019 was formed of South American drivers, riders and co-drivers.

Dakar director David Castera said: “Here, in the largest state in the region, we can let our imagination run riot with the infinite possibilities for a tough, balanced and varied course.

“The sporting challenge that we are putting together for the 42nd edition will tap the full potential of this vast country and its mosaic of deserts, mountains, canyons, valleys and coastal landscapes.”

Chairman of the Saudi Arabian General Sports Authority, Prince Abdulaziz bin Turki Al Faisal Al Saud, added: “We are thrilled that Rally Dakar, an event with a huge global appeal, is coming to the Kingdom of Saudi Arabia and the Middle East for the first time.

“Saudi Dakar 2020 will be a journey through breathtaking scenery, unknown landscapes, unexpected challenges, untold stories and unbelievable memories. Together, Saudi Arabia and the Dakar Rally will write a new chapter and tell a new story, a story of how the greatest race on Earth and the most ambitious social mission on the planet – Vision 2030 – united to redefine the human adventure.”

Vision 2030 is the Saudi Arabian monarchy’s plan to diversify its economic interests.