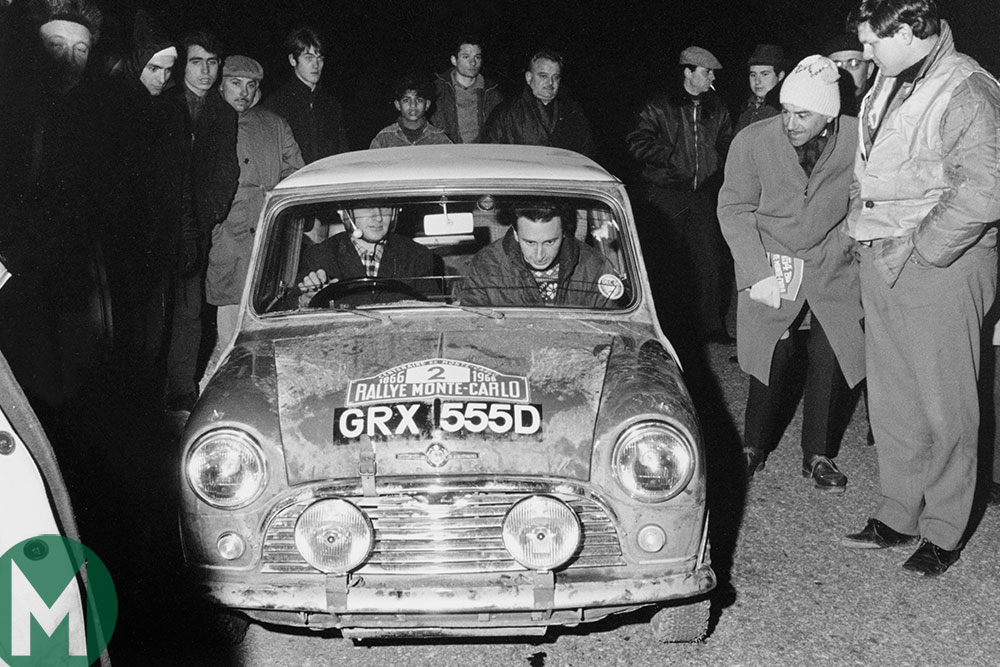 The history of the Monte Carlo Rally, the latest running of which starts tomorrow, stretches back over a century.

But the event in 1966 was likely its most controversial of all, to an extent that some believe the event’s glow never entirely recovered.

And we have unearthed the British Pathé news report on that event and its disputed outcome. It’s titled, perhaps appropriately, ‘We Was Robbed!’ You can watch it below.

The nimble British Mini Cooper was not only a 1960s icon as a road car; it also dominated the highly-prestigious Monte Carlo Rally and one of them took victory in the 1964, ’65 and ’67 events.

And it would have been four in a row but for the line-up being controversially scratched from the results of the 1966 Monte. The way their headlights dipped was reckoned to have infringed complex regulations, which said that any car entering must come off a standard production line with at least 5000 cars built to a similar specification.

The first three cars home in the rally were all British Motor Corporation Mini Coopers – Timo Mäkinen followed by Rauno Aaltonen and Paddy Hopkirk. But they, along with six other British drivers including Rosemary Smith who was first in the Coupe des Dames in a Hillman Imp, were ruled out of the prizes, elevating Pauli Toivonen in a works Citroën to the win.

The British entrants cried foul, noting that their lights were the same as used in previous Montes and smelling a rat as it elevated a French car to victory. But BMC and Ford protests, which elevated eventually all the way to the top of the FIA, had no effect.

There was subsequent talk of a British boycott and even of the end of the event, though neither came to pass – as noted Mini was back to win the following year. Nevertheless, the Monte’s reputation was dented.

Some years later Bill Boddy spoke of the affair’s “unpleasantness” and opined that for the event “much of the old prestige diminished”, while Doug Nye described the disqualifications as an “entirely shameful scandal”.

The film also contains a bonus of a subsequent report on the Racing Car Show Olympia in London, which includes Jim Clark’s 1965 Indianapolis 500-winning Lotus 38, John Surtees’ Lola T70, Stirling Moss and Bruce McLaren musing over the new McLaren Elva, as well as John Bolster and John Cooper, then some onboard footage from Clark’s Formula 1 Lotus at Brands Hatch.