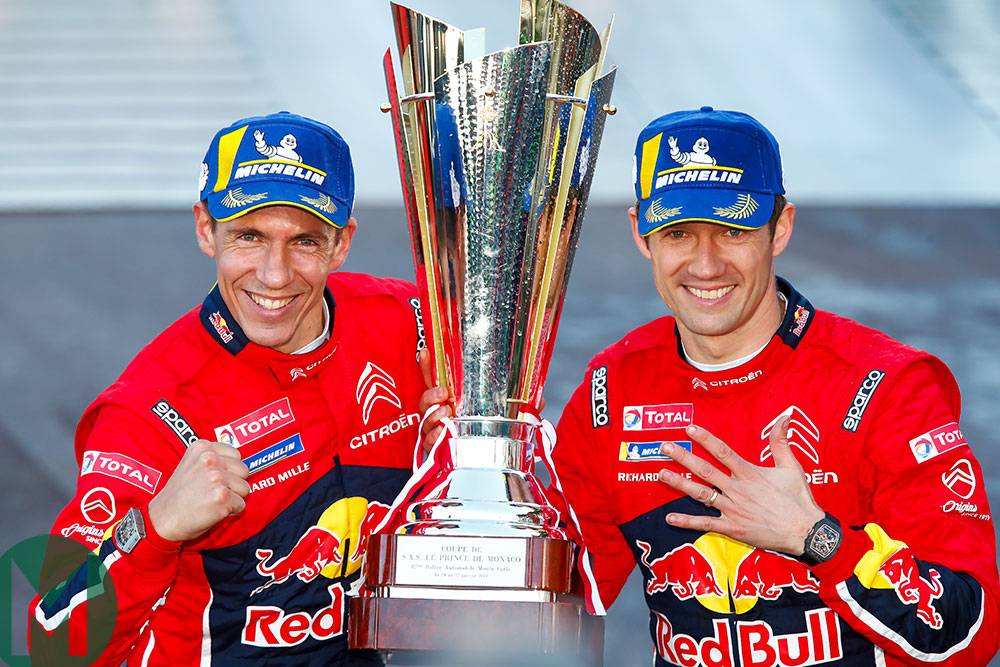 The latest World Rally Championship season has picked up where it left off, with Sébastien Ogier pipping Thierry Neuville to victory in dramatic circumstances in the season-opener.

It was the closest-ever win in Monte Carlo Rally history, reigning champion Ogier – on his Citroën return – beating last year’s runner-up Neuville in his Hyundai by just 2.2sec. Ogier had entered the final stage just four-tenths of a second ahead indeed and Neuville was ahead in that final stage’s early splits.

It is Ogier’s sixth win in a row in his local event, and he joins compatriot Sébastien Loeb on a record seven Monte victories. It also is Citroën’s 100th rally win in this its 100th year as a brand.

Loeb also impressed in his semi-permanent WRC return for Hyundai, finishing fourth and taking a number of stages wins. He was only beaten to the podium’s bottom step late on by Ott Tänak’s fast comeback in his Toyota after an earlier delay stopping to replace a punctured tyre.

The highlights below feature dramatic onboard footage, including at night. You can also see a large crash ending M-Sport’s Elfyn Evans rally, his team-mate Teemu Suninen having an off into a ditch which delayed him, Hyundai’s Andreas Mikkelsen hitting a wall and causing his retirement from ripping a wheel off, as well as Kris Meeke on his Toyota debut being delayed by a puncture on the way to a sixth-place finish.

It also shows an apparently innocuous wrong turn at a junction earlier in the rally by Neuville, which turned out to be crucial in tilting the rally away from him.

Watch the highlights below.