At the Monte 40 years ago, the legendary Lancia Stratos pulled off a stunning comeback – in more than one sense 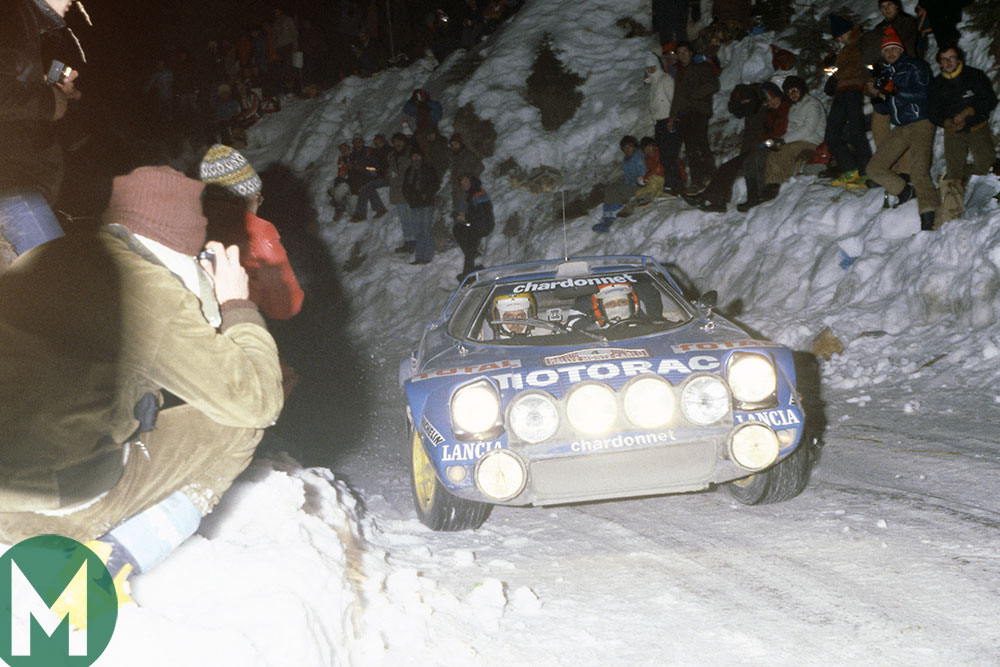 Lancia’s Stratos was yesterday’s news, according to Big Brother Fiat.

The uneasy rally alliance between this futuristic wedge and the three-box 131 Abarth had been laid to rest.

And so there was no room in the 1979 iteration of the sport’s most famous event for the car that had from 1975 scored a Monte Carlo hat-trick in Sandro Munari’s hands.

Try telling that to avuncular André Chardonnet. He imported Lancias, not Fiats, merci. And nor was he a fan of the Agnelli family.

Thus twice European rally champion and reigning national champion Bernard Darniche’s French blue Stratos HF was entered in the ’79 Monte and seeded at four, amid the works Fords of Björn Waldegård and Hannu Mikkola and the Fiat of Markku Alén, winner of 1978’s FIA Cup for Rally Drivers.

Darniche, the jockey-sized battler from Cenon in Gironde, co-driven as usual by Alain Mahé, had played a part in Fiat’s 1978 world title – by scoring the fourth of his six Tour of Corsica wins – and no doubt spent the first two legs of this Monte yearning for a 131.

For this was the slowest Stratos that he’d ever driven.

While Mikkola and Waldegård set the pace in Escorts now boasting 250bhp from their Cosworth BDAs and on Dunlops coping well with slushy conditions caused by a sudden thaw and rain, Darniche floundered.

This was surely too much to overcome even though he was an acknowledged master of the Col de Turini, to be tackled three times during a final night of flags and flares.

Perhaps nationalistic fervour was running a little too high, for Mikkola, who had lost the lead due to a puncture, received a 5min penalty for what a gendarme considered a dangerous overtake on an open road near Digne.

The Finn could not recall such and there was no supporting evidence – but his appeal fell on the deaf ears of traditionally high-handed officialdom.

Suddenly there was a chink in Ford’s armour – and Darniche had nothing to lose.

His V6 restored to rude health thanks to a new carburettor assembly and gambling on unproven Michelin thermo slicks, he began carving 2sec per kilometer from Waldegård despite having to adopt extreme caution across the snow-capped summits.

He had by the end of the first loop of five stages risen to third and halved the gap.

Ford, in turn, was in short supply of Dunlop racers due to its also carrying tyres for the wayward Group 2 Fiestas of Ari Vatanen and Roger Clark. (Drivers more glum it would have been hard to find.)

Team manager Peter Ashcroft offered to buy some Michelins there and then but Waldegård demurred.

It had turned midnight – how I miss the drama of rallying in the dark – when Darniche took second place from Fiat’s Walter Röhrl on the second assault of the Turini and another half-minute out of Waldegård across the Col de la Couillole. 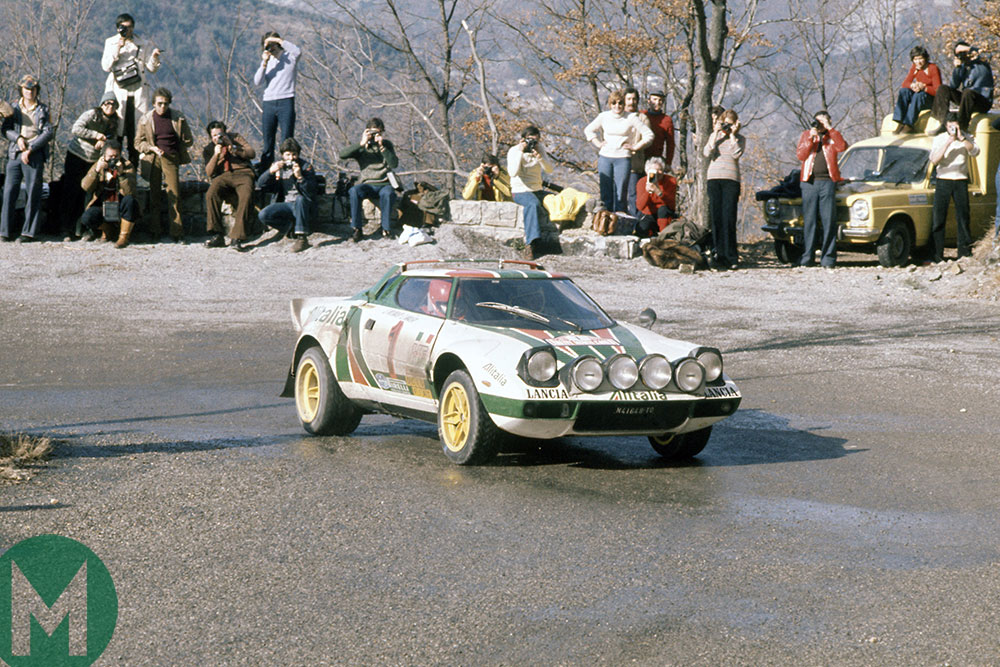 He doubted that he could win but, broodingly determined, continued to press. For anything could happen.

And it did: boulders in the middle of a narrow bridge, apparently artfully placed, there being neither adjacent slope nor spectators.

Waldegård attempted to barge over the first only for it to become wedged under the sump-guard. He reversed off it and thereafter co-driver Hans Thorzelius had to heave them by hand.

Suddenly the gap was 15sec and the final, reversed – La Bollene to Moulinet – 13.7-mile run over the Turini would decide it.

The impossible now within reach, Darniche dithered for once before selecting lightly studded tyres.

Who was chasing whom?

More: Alén gets retro with Lancia

The Frenchman was slower than he might have been but fast enough still, finishing 6sec ahead of a dispirited rival who perhaps had one eye on a bigger prize: the inaugural world championship for drivers, for which this was the opening round of 12.

Waldegård would go on to clinch that title by a single point from Mikkola, the pair duking it out in Mercedes-Benz 450SLCs in December’s Ivory Coast finale – but not before they had secured manufacturer honours for the Blue Oval.

Fiat’s conservative approach, as evinced by its decision to detune for the Monte, had backfired.

But in truth the Escort – with better handling and more reliable than of yore thanks to the work of engineer Allan Wilkinson – was the better car.

Meanwhile, the Stratos was still yesterday’s news when two years later Darniche scored his final Tour of Corsica victory – the last of 18 WRC victories for the best car.