Gordon Cruickshank reflects on how a boom decade showed off on the road as part of ‘80s month. Buy the ’80s special print magazine here 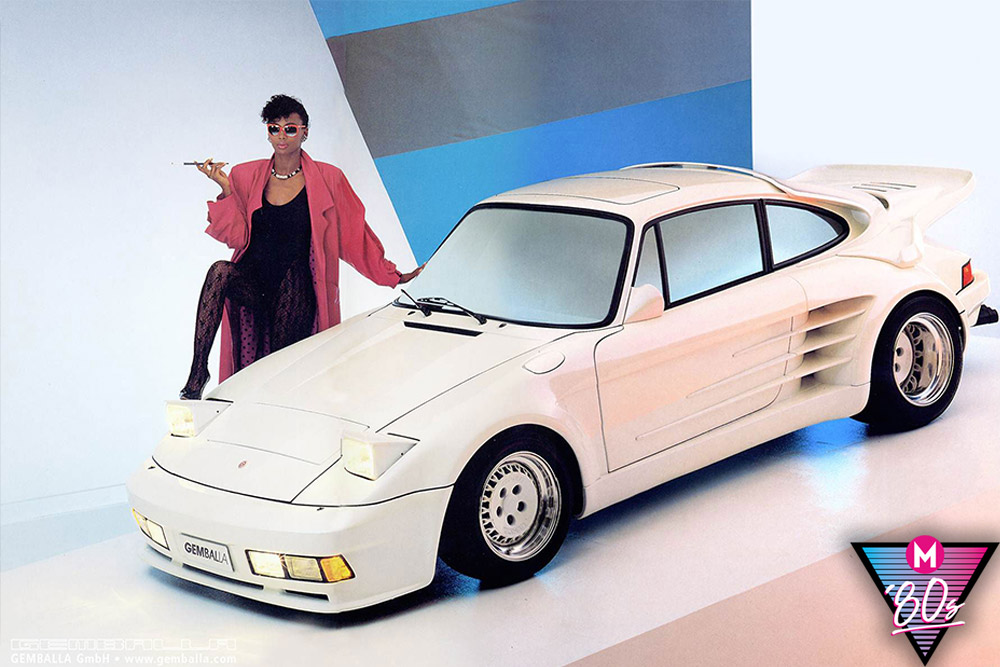 In among a miners’ strike and a small war in the South Atlantic, some people were making hay in the 1980s. And on the road it was a decade of mad creativity – even if aesthetics went out of the window.

Whereas the 1970s had been about ‘look at me’, the ’80s became about ‘look at what I’ve got’. The yuppie phenomenon, burgeoning banker bonuses and Gordon Gekko’s glorification of greed meant that if you had the cash you walked into a Porsche showroom and drove out in a 911 Turbo. If your next bonus was even bigger and all your mates had Turbos too, you paid someone to make yours look a bit special – never mind the taste. Someone like Gemballa, who would flatten the nose, fatten the arches, add spoilers you could land a Cessna on and round it all off with a champagne cooler and a bill that would make your red braces bulge with pride.

Before long manufacturers too realised there was money to be harvested, that there were wealthy buyers happy to pay sums that would actually cover the build cost of each car, instead of having to recoup over its sales life – cars with figures to boast about, like shamelessly crashing through the £100k barrier, nudging a pointless 200mph, and coming in limited editions of (a Group B-compliant) 200, or fewer. And if Porsche cannily factored that new income into a competition car that was also a future-tech laboratory for 4WD and electronics to produce the 959, Ferrari went super-simple with the F40, which was either the greatest road car ever built or a cynical money-harvesting exercise. You pays your money – and then you boasts about it. 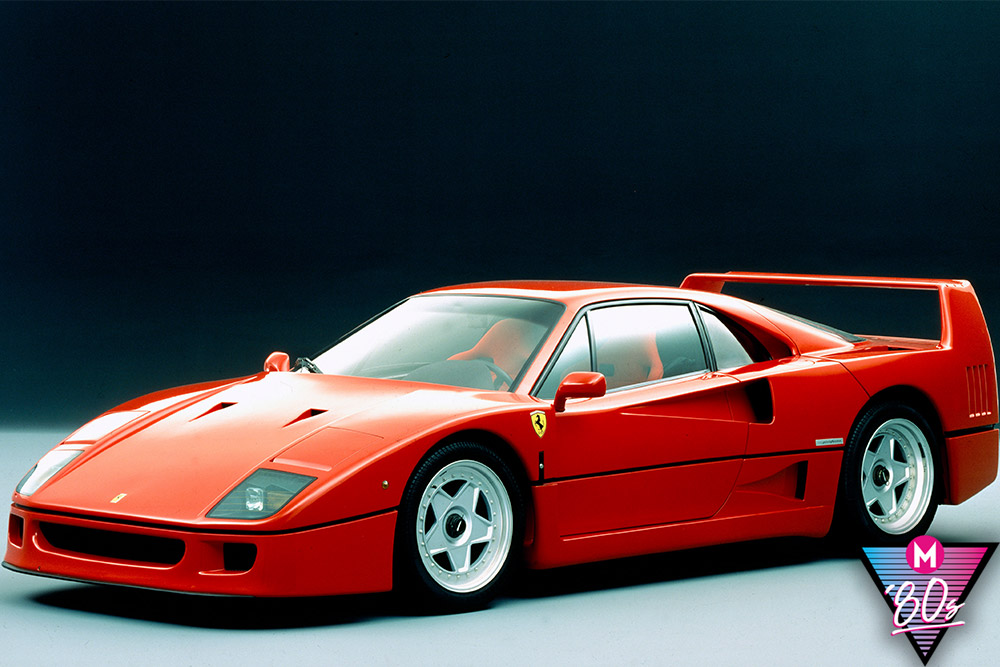 Sadly, Britain’s entry into the super-costly club, sparked by laudable hopes of building a modern XJ13 to ride on TWR Jaguar glories at Le Mans, caught the wave just as it broke on the rocks of ’90s reality. Launched in 1988 as a quad-cam 4WD V12 supercar the size of an aircraft carrier, the XJ220 collected £50,000 deposits faster than you could say ‘sign here’. But by the time it was whittled down to a rear-drive turbo V6 even its Ferrari-trouncing 212mph velocity couldn’t carry its momentum into the 1990s as boom went bust. Once finally available – now heading for half a million GBP apiece – no-one wanted it. Buyers baled in droves, and the only ones to make money from it (before today’s rising classic market) were the speculators who had sold their spot in the list at a premium. Motor Sport didn’t even much enjoy driving it.

Lower down the market came the small-scale heroes – designers, converters and creatives, not to mention fantasists who thought you could tag onto the bonus bandwagon if you built a Lamborghini Countach lookalike from plastic.

Buoyed by profits from turning Range-Rovers into cabrios, limousines and six-wheeled hunting cars for the new and blossoming Middle East market, a British concern called Rapport created the Forte, a stunning Jaguar-based four-seater wedge with retractable metal roof, long predating the Mercedes SLK. It looked super-sharp, but it broke the company, despite its pitch for downsized luxury with the Ritz – a walnut-veneered Triumph Acclaim (née Honda Accord) with a nose job.

Ever the attention-getters, Panther Cars decided to replace the cheekily retro Kallista (one of the era’s better fun cars) with the boldly futuristic mid-engined Solo – brave but doomed when Toyota released the MR2.

Another Jag-based special, the outrageous Railton Claremont, revived a pre-war name with a re-skinned XJ-S whose seamless wheel-spatted curves were a U-turn for designer William Towns, he of the angular Lagonda and proposed Aston Martin Bulldog supercar, killed off in 1981, as well as the Hustler kit, all flat planes and sheet glass on Mini subframes. 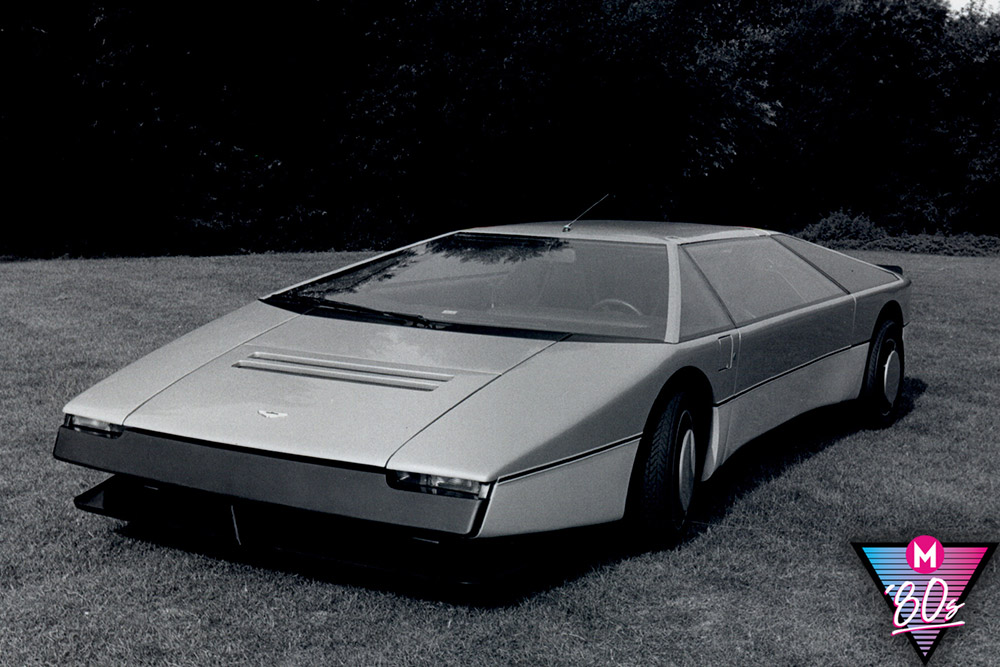 Eighties optimism also fuelled the kit car market: if you couldn’t buy it you could build it, or something like it, and scores of faux Lotus 7s, Daytona spiders and above all AC Cobras appeared, plus various re-skins that purported to turn a Pontiac Fiero into an F40 or a Datsun 260Z into a GTO. They didn’t.

More inventive were the original designs, some grim, like the Dutton Rico, some genuinely crisp and creative ­such as the GTM Rossa or the sadly stillborn Stevens Cipher. Garages up and down the land filled with half-built (and often never finished) piles of square tube and glassfibre, while Dutton’s ‘I can’t afford a Range Rover but…’ Sierra SUV helped make the firm the world’s largest kit company.

Tightening regulations, and tightening belts, would see the kit business contract as the ’90s closed – and ditto the wilder excesses of a Miami Vice decade that didn’t worry much about the future. Or taste. There may once again be enough money around to buy hypercars like the Ferrari FXX or Aston Martin Vulcan, but at least we won’t see the Testarossa’s side-strakes again. Or Crockett and Tubbs’ rolled sleeves…