This week I want to talk about oversteer, that curious condition requiring you to steer a car in the other direction to that of the corner you are attempting to negotiate.

Today, it is not possible to open a mainstream car magazine without being greeted by pages of cars slithering and smoking their way past the camera. This is done not because it is in the least relevant to how any owner will drive the car, but because of an unholy alliance between an art department keen to capture a dramatic image and the desperation of the journalist to demonstrate his talent. In this regard I should say I am more guilty than most, but less than some.

Leaving aside the fact that there’s no evidence that any of our skills is commensurate with being able even to scrape a living from driving alone, what strikes me as odd is that the amount of oversteer on show is now inversely proportional to the propensity of modern cars to adopt the attitude. As cars become less and less inclined to drift, so we become more and more obsessed with drifting them. 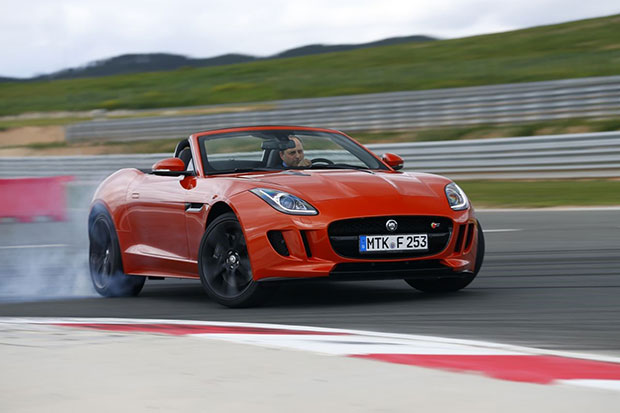 The technique of drifting was developed by drivers and engineers of post-war sports and racing cars as a means of mitigating the then inherent limitations of tyre design. To whit cars would actually corner more quickly when the technical limit of adhesion was exceeded. Depending on car and driver this slip angle could be either exuberant or barely detectable but there was no doubting its effectiveness. When Fangio drifted his 250F through the esses at Rouen he wasn’t showing off for the camera, he was extracting the maximum from the equipment.

Today the situation could hardly be more different. Not only are modern tyres at their grippiest within their adhesion envelopes, they now withstand so much lateral acceleration you need to be travelling far faster to unstick them. Coupled to the fact that cars are much heavier today, the result is more mass on the move and therefore greater momentum in need of controlling. Now consider that almost all modern cars are designed not to oversteer naturally, and you can see how unrealistic the picture has become.

Even a fast, powerful and sporting car like the Jaguar F-type needs deliberate and serious provocation before it’ll perform as pictured here. And while I’m perfectly happy to go skidding around race tracks all day long if that’s what’s required, I’m rather more diffident about doing so on the public road: for all sorts of obvious reasons such behaviour places you on the wrong side of the risk to reward ratio.

Which is a shame because I enjoy oversteer, or at least that delicious sensation of a car adjusting its attitude in direct proportion to the pressure of your right foot on the accelerator. Some of the most fun I’ve had has been in slow old ‘60s sports cars on crossplies with all the grip of wet cardboard. It is a form of driving pleasure once freely available in quite modest cars that could be indulged without driving at a speed or in a manner rightly deemed socially unacceptable today. And now it has all but gone. 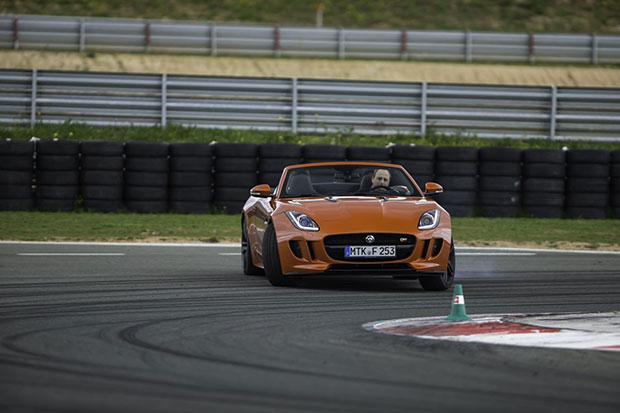 I’m not saying that motoring journalists should grow up, recognise the irrelevance of the 100 yard drift, accept they’re not the driving gods they’d like you to think they are and desist. I know some readers are intensely annoyed by such behaviour but I think rather more – myself included – still find drama and enjoyment in the spectacle. But I’d prefer it far more if this form of driving pleasure was returned to its original form and once more democratised among all enthusiasts rather than shared between a tiny constituency of those privileged enough to be given other people’s tyres to burn.

For this to happen car manufacturers would need to choose to provide their cars with less grip rather than more and therefore limit their performance potential. You’d not then need much power to balance the car so you could have a smaller engine meaning, in the way of such virtuous circles, it would also weigh less. And with modern stability control systems you could ensure such behaviour would never happen without it first being requested by the driver. With sufficiently hard tyres and a decent limited slip diff, I reckon you’d need only 2-litres and around 200bhp to provide more fun than most cars with two or three times the power. Seems unimaginable, doesn’t it? Well it’s not: in fact it’s out there already, alive, well and called the Toyota GT86.

For more on road cars from Andrew Frankel, click here.