Four Aston Martin Zagatos are on the way in 2018 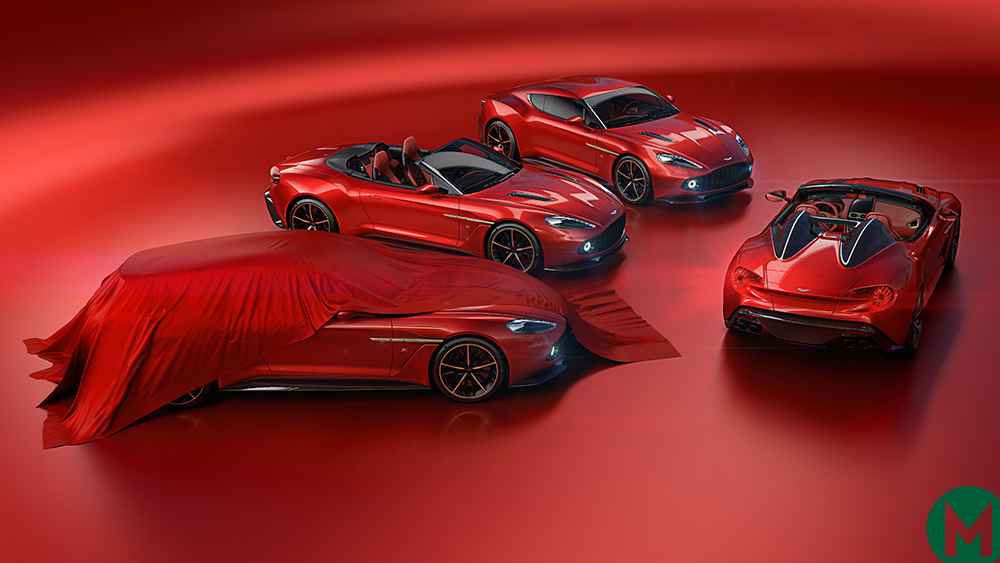 Aston Martin and Zagato are combining for a new four-car series in the next few years, chiseling the Vanquish S into four new models in 2018.

The Vanquish Zagato Coupe and Volante front the quartet, announced in 2016 and expected to be delivered next year.

They will now be joined by a stunning pair: a Speedster and Shooting Brake. The former will be a limited run of just 28 cars, all of which have already been sold…

As for the Shooting Brake, 99 will be built starting next year. It follows the Lagonda of the early ’90s and various other specials, including the David Brown-comissioned Radford DB5s.

Each will be powered by a 600hp naturally aspirated V12, with carbon body panels and lights inspired by those on the spectacular Vulcan.

Andrea Zagato, CEO of Zagato said: “Zagato’s relationship with Aston Martin began with my grandfather and the DB4 GT Zagato, almost 60 years ago. To have a creative ‘marriage‘ thrive for three generations is something as unique as the cars themselves. My family name is associated with all kinds of wonderful designs, but for many enthusiasts and collectors around the world those that combine the Z of Zagato with the wings of Aston Martin are the most special.

“Collaborating closely on the design of four complimentary, yet completely different Vanquish Zagatos has been an incredibly exciting challenge. I’m proud to continue the story my grandfather started and thrilled that our partnership with Aston Martin continues to realise such exciting cars.”