The 488 GTB, Ferrari’s new mid-engined supercar, is not naturally aspirated. Instead, Ferrari have bolted two turbochargers to a 3.9-litre V8 – that’s 0.488 litres per cylinder – hence the name. The results make interesting reading – the car produces 661bhp at 8000rpm and 561lb ft of torque at the bottom of the rev range. There’s no doubt it will be devastatingly quick yet there remains unease, in some quarters, about the use of forced induction. After all, if not for emissions regulations, would manufacturers really be moving so swiftly to improve efficiency at the expense of NA engines? 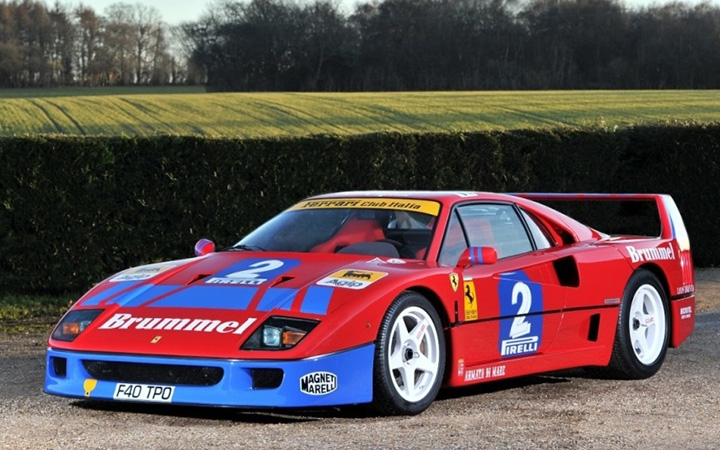 Personally, I don’t believe there’s too much to fear. The last turbocharged, mid-engined supercar that left Maranello was none other than the F40, a car that has graced more bedroom walls than just about any other vehicle. Regarded by many as the definitive supercar, the F40 certainly strikes an imposing figure. It is a shape that doesn’t require a racing livery to turn heads yet, soon after its original launch in July 1987, Ferrari commissioned a competition-prepared version. 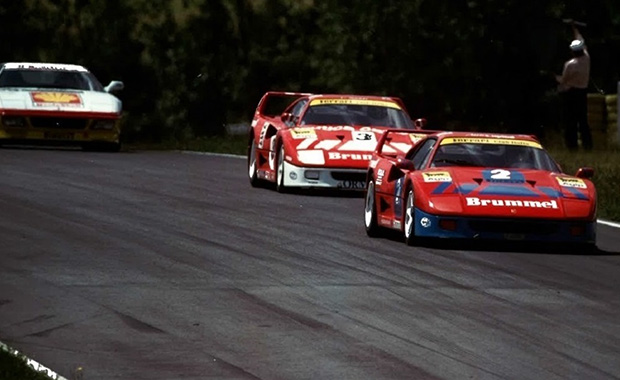 The modifications were entrusted to Giuliano Michelotto, a man who forged his reputation preparing Ferrari-engined, rally-spec Lancia Stratos. Michelotto’s F40 alterations included lightened body panels, an uprated engine, larger brakes and cooling ducts, rose-jointed suspension, adapted wishbones and much more. The result, the F40 GT, looks absolutely fabulous. Less than 10 official GTs were produced but Ferrari subsequently sold the specifications to privateer racing teams. Today, under 20 race-prepared F40s remain. The car pictured here, on sale from DK Engineering, is one of them.

Chassis number 85690 was delivered to Pierre Popoff in standard specification, just under 25 years ago. Popoff, a friend of Enzo Ferrari and a racing enthusiast – his construction company built the Mugello circuit in Tuscany – had the car converted to GT spec in readiness for the inaugural Italian GT Championship in 1992. Between ’92 and ’94 the car competed in 27 races, racking up seven podium finishes and two wins. The car was subsequently retired from racing duties and returned to its original, road legal specification.

Imported to the UK in ’97, the car was granted Ferrari Classiche certification in July ’08. Five years later, under the watchful eye of Popoff’s son, it was once more converted into a F40 GT. Proudly wearing its Ferrari Club of Italia livery from ’93, it would look perfectly at home in Monza’s pit complex. The car has even been modified to run the original OZ Racing 17in magnesium wheels. Best of all, this F40 GT remains road legal; imagine what it must be like to thread it down a British B-road, boost swirling as trees begin to pass quickly by. The experience wouldn’t even necessitate a trip to the chiropractor as, sensibly, the suspension has been left using the road-spec rubber bushes rather than the racing rose-joints. 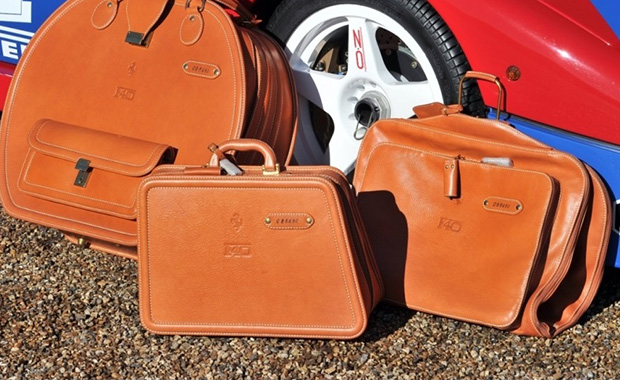 Nevertheless, despite the standout livery, the wheels and performance, the car’s race history and its provenance, my favourite feature remains the luggage set. The three-piece, embossed leather travel bags are a very nice touch indeed. With the chassis number hand-written in the top right corner of each bag, they must be among the most desirable leather goods ever produced.