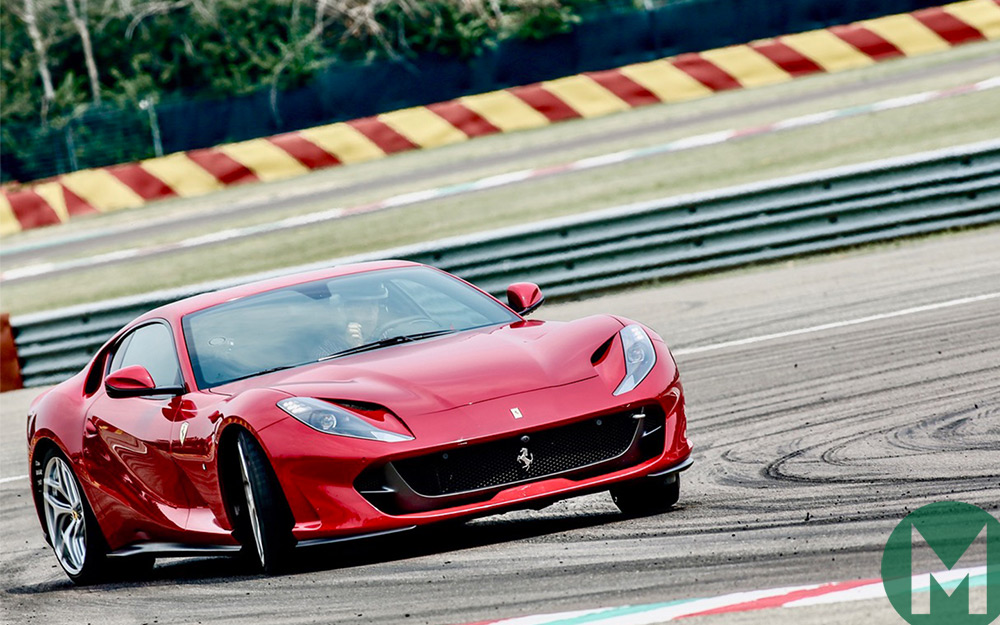 You know how car manufacturers love to pillage their pasts, purloining names because they presumably can’t think of any new ones? And the pattern is always the same: the new car cannot hold a candle to the old one whose name it has now appropriated. This is not particularly surprising: the old cars that created the legend the new ones want to exploit are pretty much guaranteed to be amazing, otherwise there’d be no glory to reflect and therefore nothing for the new pretenders in which to bathe. Ferrari is one of the worst offenders, having evoked the images of the Testa Rossa, the 500 Mondial, the 250 GT California and, of course, the 250GTO (more than once) in a series of production road cars. Not one of which lived up to the memory of its illustrious forebear.

This is the next: the 812 Superfast. Do you remember the 500 Superfast, the car that succeeded the 400 Superamerica (now that’s a name worth exhuming) in 1964? Its pedigree was good, its 5-litre V12 being not only the biggest engine fitted to a street Ferrari up to that time, but also a direct descendant of Lampredi’s V12 that broke Alfa’s stranglehold on Grand Prix racing in 1951 and won Le Mans in 1954. The engine was claimed to be good for 400bhp and ran through a four-speed gearbox for the first 25 Series I cars, then a five speed for the final dozen Series II cars. Except it wasn’t that super nor even that fast. The car was heavy, cumbersome and if it really had 400bhp it had a funny way of showing it.

The new 812 Superfast has 400hp, per driven wheel. And having spent a day on road and track in it, I can assure you all 800 of them were present and correct, possibly more.

The car itself is a heavily revised and reskinned version of the F12, featuring not only another 60bhp from a V12 engine expanded from 6.3 to 6.5-litres, but completely new suspension settings, electric power steering (a first for Ferrari), brand new aerodynamics, even stronger brakes and a revised interior. It’s not an all-new car but, for the changes it brings, it may as well be.

Maybe I’ve been driving too many fast cars lately – it’s been a fairly fertile patch of late with the Porsche 911 GT3, Ford GT and McLaren 720S to name just some that have passed this way recently – but at first the Superfast felt merely exceptionally rapid. It didn’t feel uncomfortable, unhinged even, as had the McLaren in particular. Then I looked down at the speedometer and if I tell you the very next thing I did was park and open the GPS-based speed app on my mobile because I simply couldn’t believe the numbers I was reading, you’ll have some idea of what kind of performance this car has. The Ferrari was telling the truth, or as near as makes very little difference indeed. 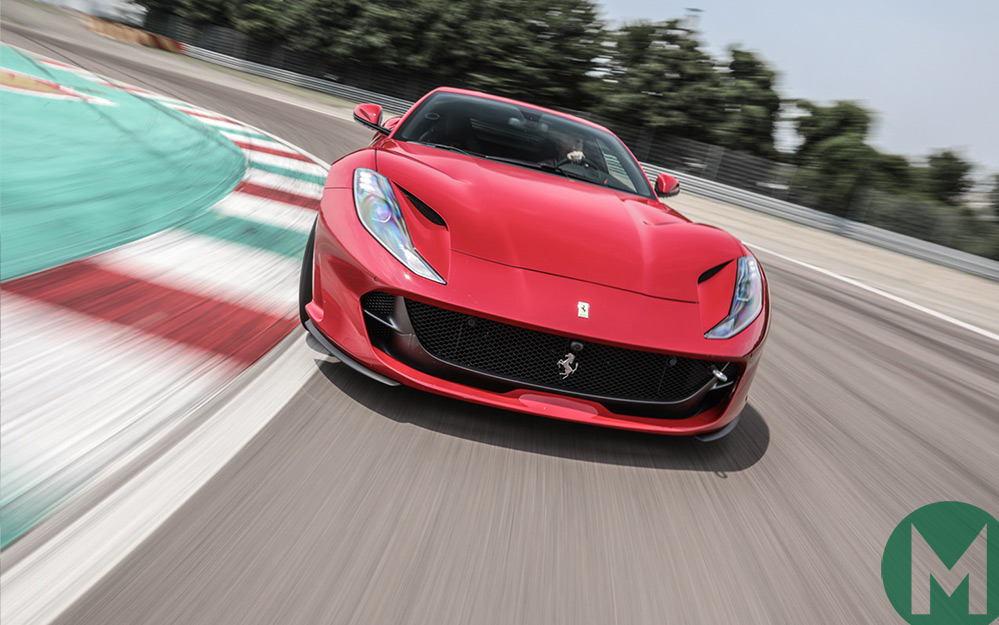 I looked at the car afresh after that. Because there is no massive bang in the back like you get with turbo cars, just an enormous, endless wave of torque, its acceleration is far less obvious but no less effective for that.

But more impressive still was the car’s ability to deal with it. Even at Ferrari it’s becoming accepted that 800 horsepower is at or near the limit of what a two-wheel drive car can deal with, and I’m amused by the fact that having provided all this power Ferrari has then gone to extraordinary lengths with the electronic controls to make sure it can’t be used a lot of the time. Indeed it is only when you switch everything off and try your luck with a car as its mechanical engineering intended that you realise how hard these myriad systems are working and for how much of the time.

And if you’re going to drive it unfettered and fast, you really must be on a racetrack because the car’s fundamental set-up is to resist understeer at all cost and oversteer everywhere. This is of course hilarious within the confines of Fiorano but far too free-spirited for even the quietest of public roads. So here you choose the electronic configuration that suits you best – I liked ‘race’ mode for the throttle response and the fact it would allow just a little bit of power on yaw, but with the dampers set to soft. Then the 812 will turn into the finest-riding rocket ship you could imagine. I even like its electric power steering more than the hydraulic system it replaces, and I’ve never said that about any car trading one for the other before.

Ferrari has been on a roll for some time now; producing easily its best cars in the 30 years I’ve been in the business and, for all I know, since the company was formed. And this is all despite the fact that every car it makes today – the 812, 488, GTC4 Lusso and California T – is a second-generation facelift of a much older model. Brand new cars will replace each.

As for the Superfast, it too breaks new ground, for it is the first Ferrari that’s better than the one whose name it nicked.