Andrew Frankel’s first impressions of the 2019 Porsche 911, which he tested at a gloomy Hockenheim 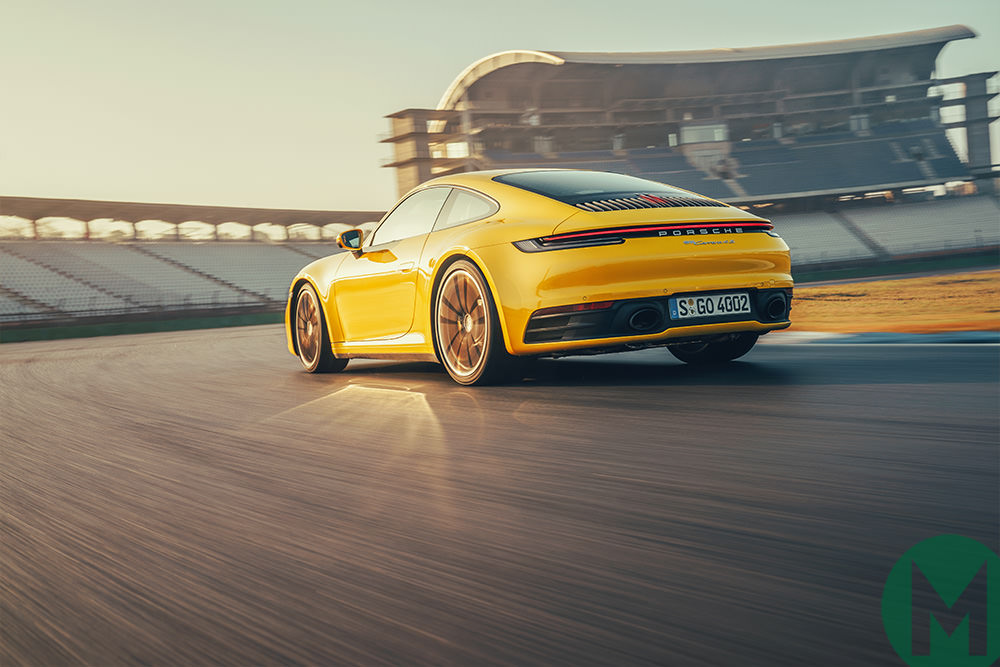 Hockenheim always makes me glum. For some reason the weather always seems to be rubbish when I go there, the facility itself one of considerable concrete ugliness made somehow all the worse for being set in a rather beautiful forest.

And when I think of the forest I think of Jim Clark and his last race. And then I think of Patrick Depailler, the carefree (but not careless) super-talented Frenchman remembered by far fewer, who one August day back in 1980 also never returned from Hockenheim.

And the track as it is today is the poorest of poor shadows of what it once was. I never drove the old Hockenheim and don’t think I’d have much liked it if I had, but it was spectacular.

But frankly I’d drive around the local Aldi car park if it meant getting my hands on an essentially new Porsche 911 and, to be fair, if you have to assess a road car on a cold race track, a dry, wet and damp Hockenheim is not such a bad place to be for it will certainly reveal any shortcomings.

And seeing a bright yellow 911 in any pitlane awaiting further instruction is all the encouragement I need.

I’ll review the car fully in the next issue of the magazine, the important things to know now are that it’s newer than it looks (only around 15 per cent is carried over), there are only Carrera S and 4S models available at present, whose 3-litre turbocharged engines have risen in power by 30bhp to 444bhp. It has a new structure, body, suspension, brakes, wheels, tyres and interior.

But it still feels like a 911. At first you fear it might not because, inside, it doesn’t look much like a 911 anymore. Yes, the central tachometer now has a retro design but all other information across the entire dash is conveyed by electronic display screens. I don’t have a problem with them per se, but I think they suit the character of a Panamera far better than this. 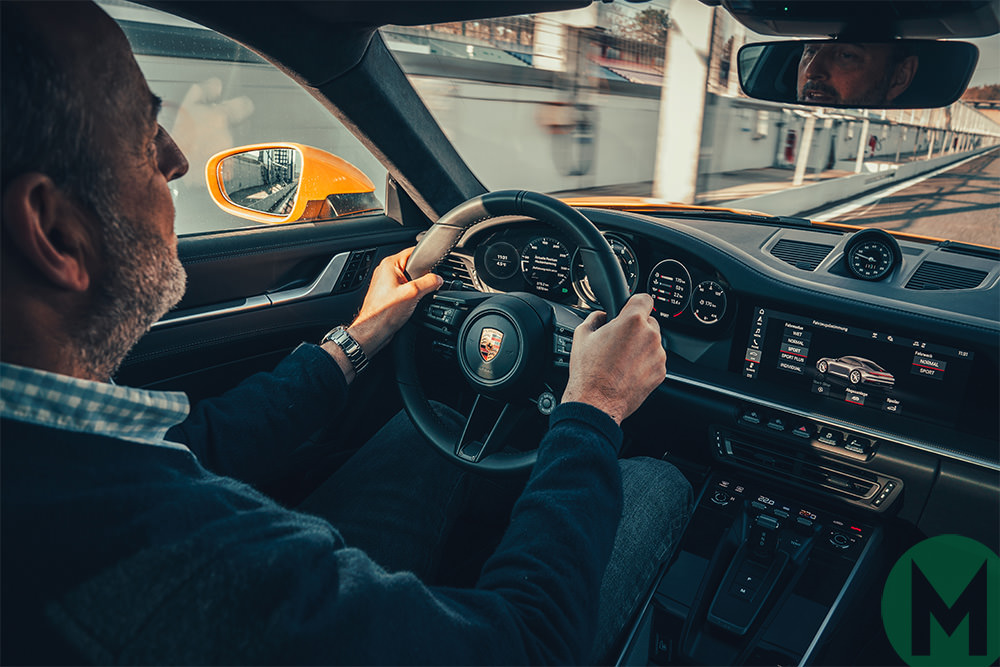 So it’s nice to hear a reassuring growl from aft of the rear seats as the flat six spins into life. A manual is coming but for now a new eight-speed double clutch gearbox is the only choice.

We amble gently down the pitlane, do a couple of slow laps to remind myself which way it goes and find out where all the water is lying. And then because time is short and driving a new 911 slowly on a racetrack is no more fun than opening a bottle of Petrus and only sniffing, we go.

First thought? Damn it’s fast. Ridiculously so. Then you remember it has the same power as a 959, more torque and only a few more kilos of weight.

Second slowest 911 though it will be in the new line-up, it was always going to be fantastically quick. Accelerate from rest and it’ll pin you back in your seat all the way past 130mph, howling all the way.

But it’s the way it behaves at the end of the straight that is most worthy of your attention. Where the four-wheel-drive car is loath to slide and always trying to pull you straight, the rear driver not only turns in with far less understeer than the outgoing 991 series, but then allows you to look entirely heroic at the exit.

What was once reputed to be one of the trickiest-handling cars ever invented is now one of the most deliciously controllable machines to drive on the limit you could hope to encounter. And it’s only taken 55 years…

There is much more to discover and I’ll report back at a later date when I’ve had a long run on a public road because, lest we forget, the first duty of any 911 is to be the most usable sports car of them all too.

That won’t be at Hockenheim and I look forward to it very much.