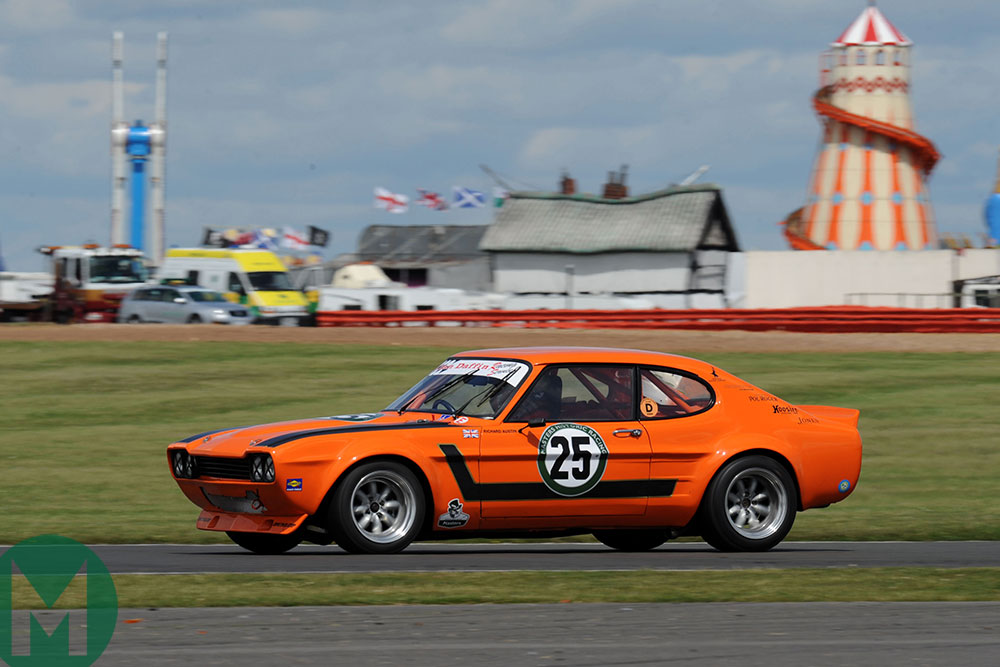 This year’s Silverstone Classic is to mark 50 years of the Ford Capri with a special trophy, named after and presented by racing legend Gordon Spice, for the highest-finishing Capri in the Historic Touring Car Challenge (HTCC) race.

The Capri joins the century of the Bentley as well as anniversaries of the Abarth, Mini, Marcos and other cars being marked at the word’s biggest classic motor sport festival, taking place on July 26-28.

The one-off award is to be called the Gordon Spice Trophy with Spice himself presenting the award at the end of the popular historic race. Spice, driving a Capri, took top class honours in the British Saloon Car Championship for five seasons in succession between 1976 and 1980, taking 24 outright race victories.

“The Capri was very important to me,” said Spice, who went on to take the Group C2 World Endurance Championship crown racing a sports prototype produced and entered by his own Spice Engineering company.

“The Capri was by far the easiest car I ever raced. There was absolutely nothing complicated about it – the rear-drive chassis was simple to tune, so it handled really, really well. Just a brilliant motor car.”

To add further to the race’s spectacle, for the first time this year’s grid will also permit official entries from a number of later-generation Ford Cosworth RS500s.

Classic organisers have also confirmed that there will be a celebratory Capri parade on the event’s Sunday for car club members. It will be fronted by the last Capri to roll off the production line in Cologne – a limited edition 280 ‘Brooklands’ model owned by Ford’s heritage workshop.

The Mustang-inspired coupé was first unveiled at the Brussels Motor Show in January 1969 and two million Capris were produced before the model’s demise at the end of 1986.

Capris were also popular in motor sport, particularly in Spice’s hands as intimated, while today’s HTCC racing features large numbers of Capris – including some raced by Spice in period.