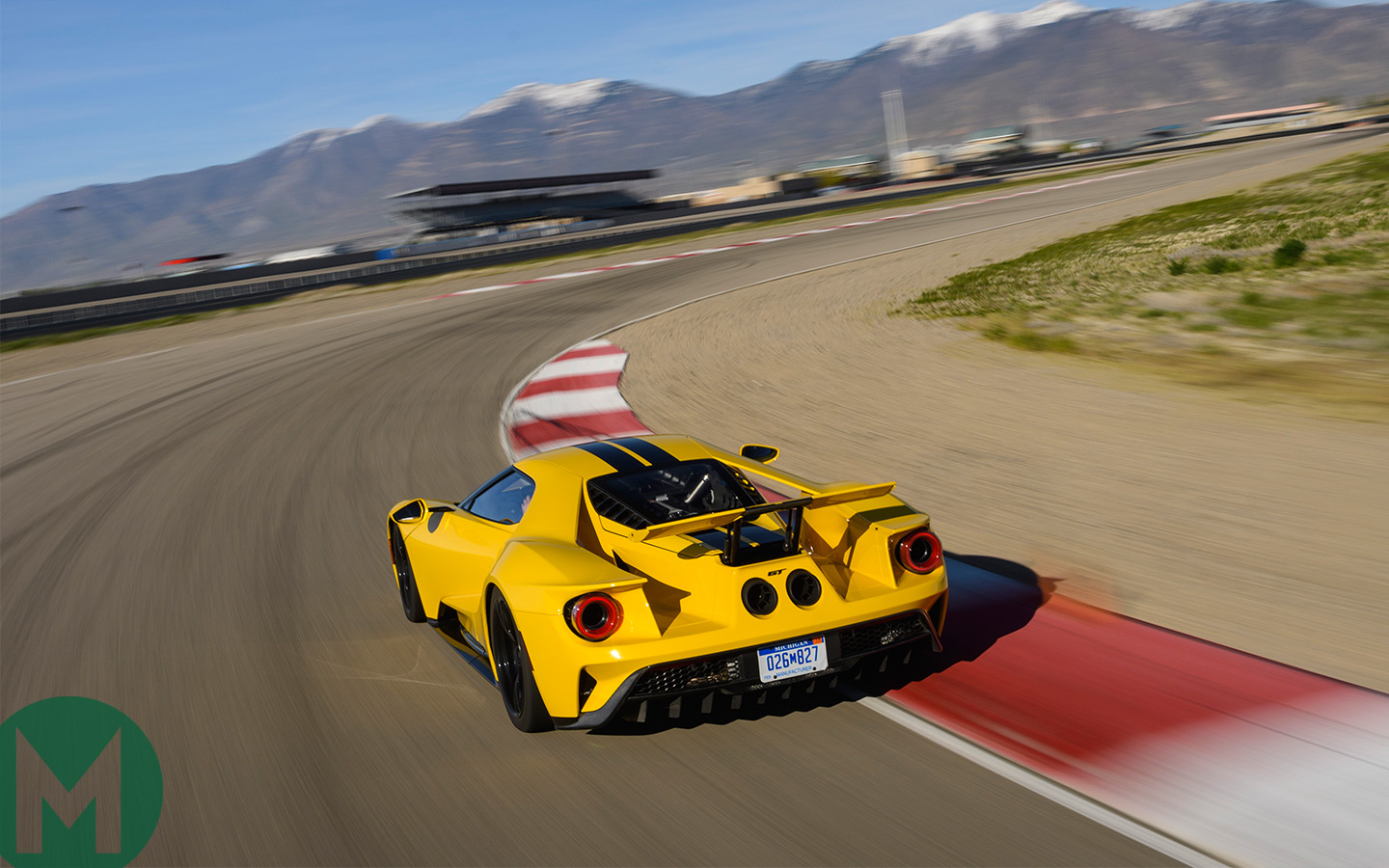 With apologies to Miss Austen, but it is a truth universally acknowledged by those with experience that road cars don’t make very good racing cars. What is perhaps less widely known is that racing cars make even worse road cars.

It makes sense, really. A road car is one that necessarily spreads its talents thinly so as to be able to function in as many different environments and for the varied tastes of as many people as possible. So sports cars and sporting cars will have at least been developed with an eye on track performance because that is how some will be used, at least some of the time. By contrast, racing cars are driven by racing drivers and both are entirely mono-dimensional creatures, concerned with getting around a race track as fast as conceivably possible and absolutely nothing else.

I have on occasion had cause to drive the odd racing car on the road, usually because something needed testing or bedding in and there was no alternative, and each experience was horrid.

Which is why I was so interested to find out how the Ford GT got on away from the track. It is unique among its competitor set in having been designed from the outset to be a racing car and you need only look at its frontal area relative to anything else out there, including the Ferrari 488GTB, to know it. Its 3.5-litre twin-turbo V6 is not there to serenade its driver, it’s there to deliver a lap time. There’s no luggage space ­– least not enough for a bag of shopping – and inside, if you have a passenger, it would be best to be on better-than-speaking-terms. ‘Cosy’ is putting it kindly. Could Ford have sanitised it sufficiently for it somehow to work as a fully-rounded street machine despite such obvious drawbacks? 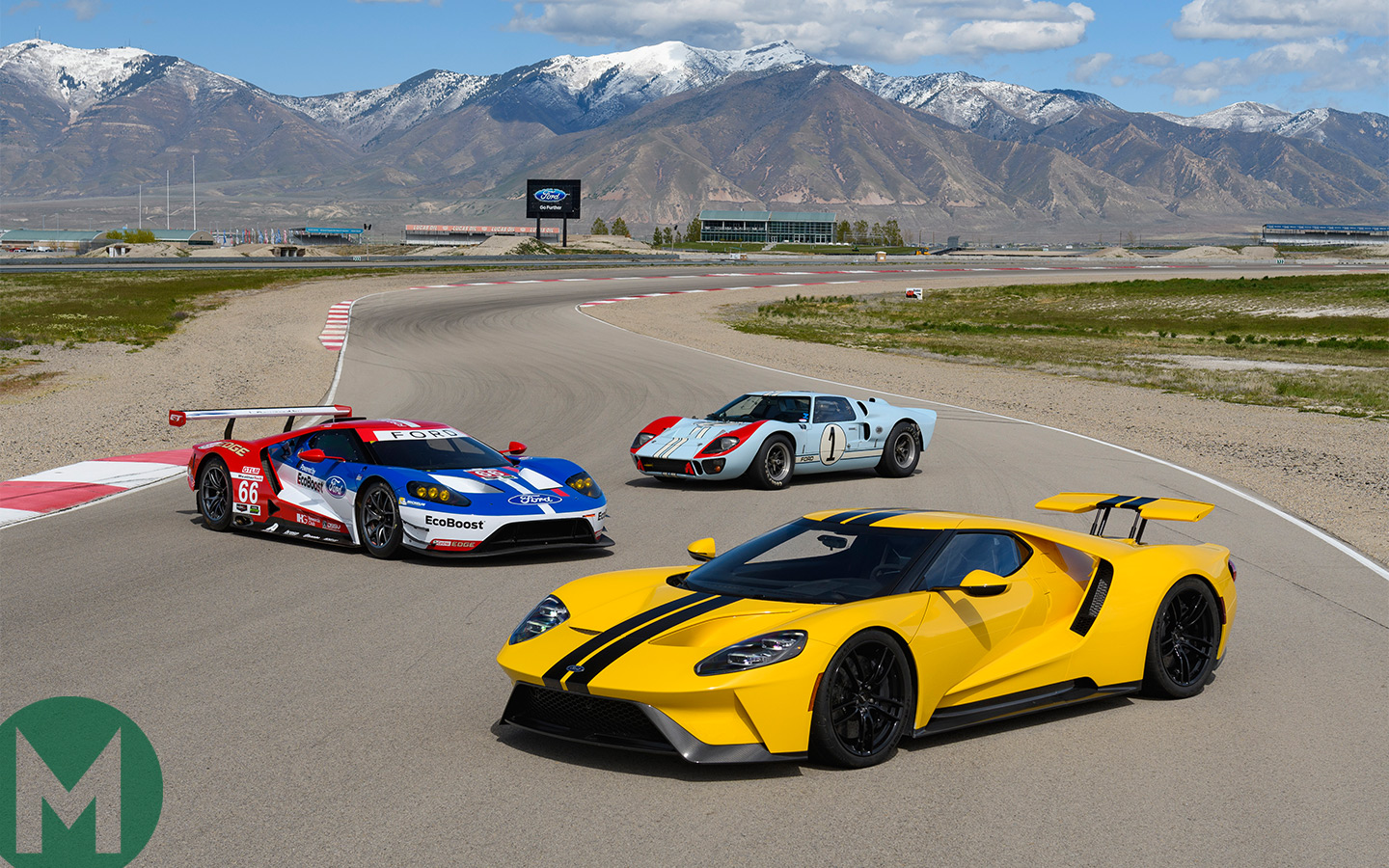 In a word, no. Driving the Ford GT even on quiet desert roads in Utah provides a mixture of sublime and really rather frustrating moments. The surprise is that the latter experiences are not those you’d expect. You might, for instance, be forgiven for thinking the ride quality would be awful; in fact it’s superb, better than that of the McLaren 720S I drove two days earlier albeit on a rather different surface. It’s noisy but not unacceptably so, and while the engine is no symphonic V12, I liked its blue-collar thunder. What I did not expect was for it not to feel particularly quick after the McLaren (I knew the Ford was 70bhp less powerful but only found out later it was also 120kg heavier), for the brakes to be over servoed and for the steering to be somewhat casual about feeding information about road conditions back to your fingers.

At first it was quite disconcerting, which is not what you want from a car of this kind, power and price. Only when I pushed on regardless and started giving the car some real work to do did it started to feel like the properly honed device I’d expected all along. The faster I drove it, the better it got, but to be honest it was still improving when I ran out of nerve. You can only drive so fast on the public road, at least if you have a brain, a sense of self-preservation and a modicum of consideration for others.

But on the track you can drive how you like and here the GT does a couple of things I’m not sure I’ve known a road car do. Put it into race mode and the car drops, locking out the coil springs in its suspension and relying on the torsion bars it also has. This halves the number of springs in play, so doubles the effective spring rate. At first what you notice most is apex speed – the amount of sheer grip the car can develop is frankly preposterous for a road car – but it most revealed its racing roots when braking into a corner. Its ability to carry speed all the way up to the apex while hard on the brakes without so much as a shrug of its shoulders felt to me more akin to GT3 race car behaviour than that of conventional mid-engined supercars.

The Ford is an enigma, quite unlike anything else out there. For that, its race pedigree and racing heritage, not to mention its looks and specification, I can see why the initial production run of 1000 cars was six times over-subscribed, even at £460,000, roughly double what McLaren charges for its quicker and even newer 720S. In this case, what it is would seem even more important than what it does.

As for me, the more I drove it, the more I liked it, but that might just be symptomatic of the fact that I drove it on the road first and the track second. What I will say however is that many road cars have sought to capitalise, usually through use of a name, on glories long past and most turn out to be paper tigers. Whether you look at its relation to the Ford GT that won its class at Le Mans last year, or the GT40s that won outright half a century ago, you can at least be sure of its authenticity. This car is the real deal, and in a world where perception usually rides roughshod over reality, Ford has to be commended for that.