Compared to most and professionally speaking at least, Gordon Murray has had a good pandemic. At the start Gordon Murray Automotive employed around 100 people, now it’s up to over 230. The business has its design, automotive and, now, electronics divisions and is in the process of moving into a leafy new 54 acre site outside Windlesham in Surrey, near where the Scottish-born, South Africa-raised, England-dwelling engineer has lived and worked these last 50 years.

We meet so he can introduce me to the new T.33, the second supercar after the three seat T.50 to be built by his company and carry his initials. Were Gordon any other company boss and this any other press launch, you’d expect at the very least a couple of hundred journos, a stage, a car under a cover, a teaser video, some paid celeb to ask excruciatingly pre-agreed questions and then loud music and dry ice building up to the big reveal. But this is Gordon Murray, so we meet in an underground car park. Just him, just me and just the T.33. Nothing and no-one else. It is all that is needed.

What strikes you first is the car’s appearance. It’s gorgeous. A better looking car by far than the T.50. Its shape is incredibly clean, with the bare minimum of shut-lines and absolutely devoid of wings, fins, slats and all the other detritus conventional supercar manufacturers today feel obliged to sprinkle on their cars. While they will date, this won’t. Gordon says that these days he’s as interested in design as engineering and, with the T.33 it shows. I keep seeing little bits of 1960s sports cars in its shape. Something perhaps of the Lotus 23 around the nose, certainly a lot of Porsche 904 at the back and definitely some Ferrari 250LM in the arc of that rear wheel arch. It is very, very pretty.

And potent. Like the T.50, it too comes with the naturally aspirated 3.9-litre V12 engine designed exclusively for Gordon by Cosworth, but it this guise it’s been ‘turned down’ to just 606bhp to add additional mid-range flexibility. But that’s still 155bhp per litre from an engine without a turbo on the premises. And it will still reach 11,000rpm. Had Gordon been faced with a choice of building the T.33 with turbochargers, ‘I’d have never made the car.’ 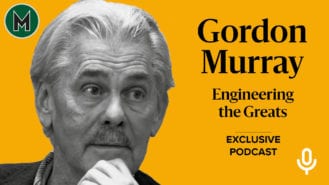 The top drivers that Gordon Murray has worked with reads like a list of Motor Sport Hall of Fame inductees. In this podcast, he explains what it takes to engineer the greats

Like the T.50, it runs through a six speed manual gearbox which is similarly used as a semi-stressed member off which the rear suspension is designed to hang.

Even so, the T.33 is really a very different car to the T.50, which is Gordon’s idea of the ultimate driving machine. He calls this car a ‘supercar GT’ which is a subtly but significantly different thing. Indeed, to me it is the true successor to the McLaren F1 which, if you recall, was never designed to be a racing car, but a comfortable, well-equipped, ultra-high speed, continent crusher.

Yes it lacks the T.50 and F1’s central driving position and is instead a conventional two seater, but when you look at its clean lines, the amount of luggage space it provides, the fact that, unlike the T.50 it will be built to meet all Federal legislation requirements and can therefore be sold without hindrance in the US and Gordon’s use of that GT acronym, you can see exactly what kind of car he is trying to create here. He’s even made a two pedal transmission available, though this is no heavy torque converter or heavier double clutch gearbox for that would never do, but a bespoke robotised manual developed for the T.33 by Xtrac. Concerningly for him for the investment must have been hideous, of the 50 cars (out of 100) ordered at the time of our conversation, just three customers have asked to dispense with their clutch pedals… 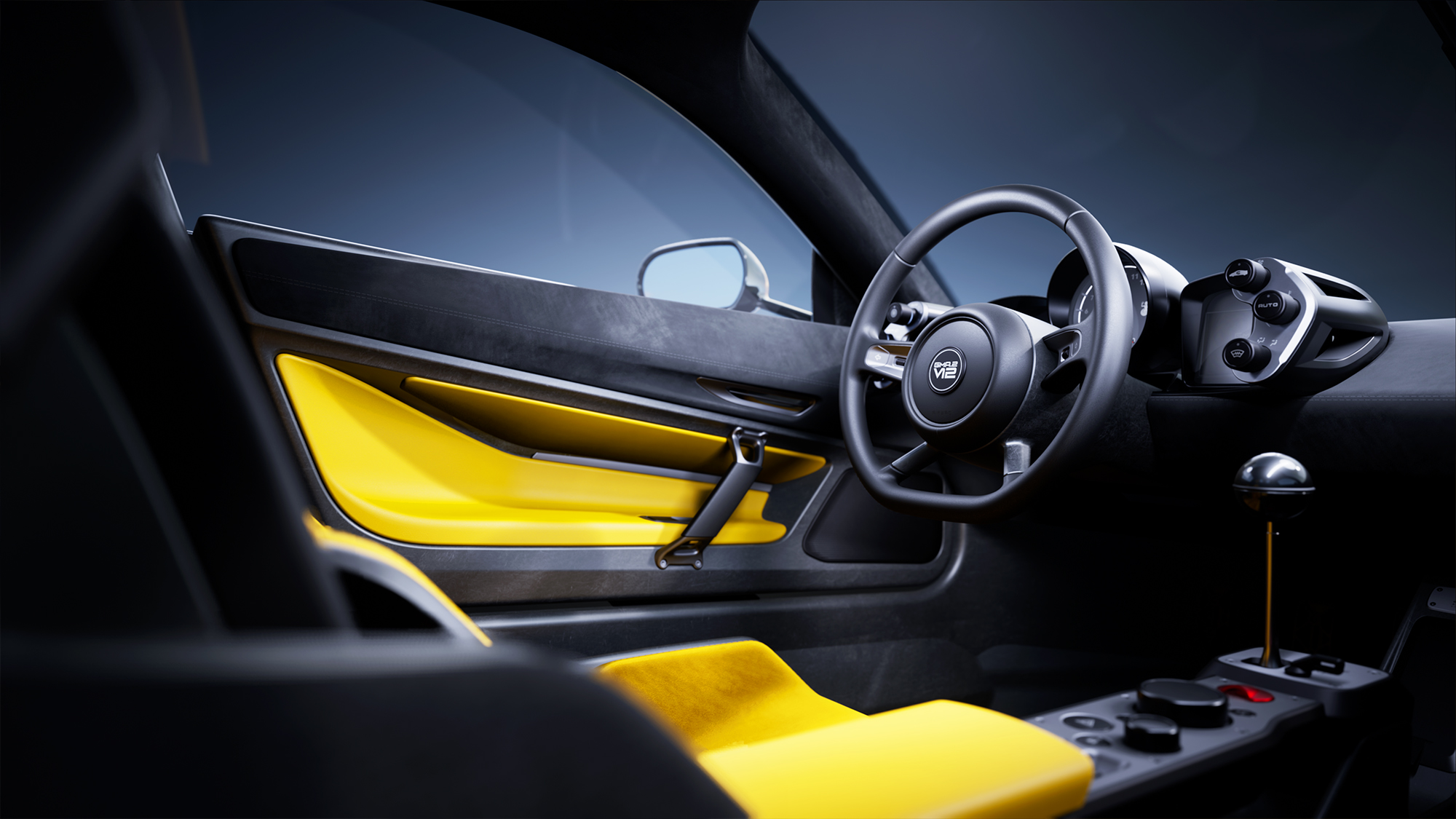 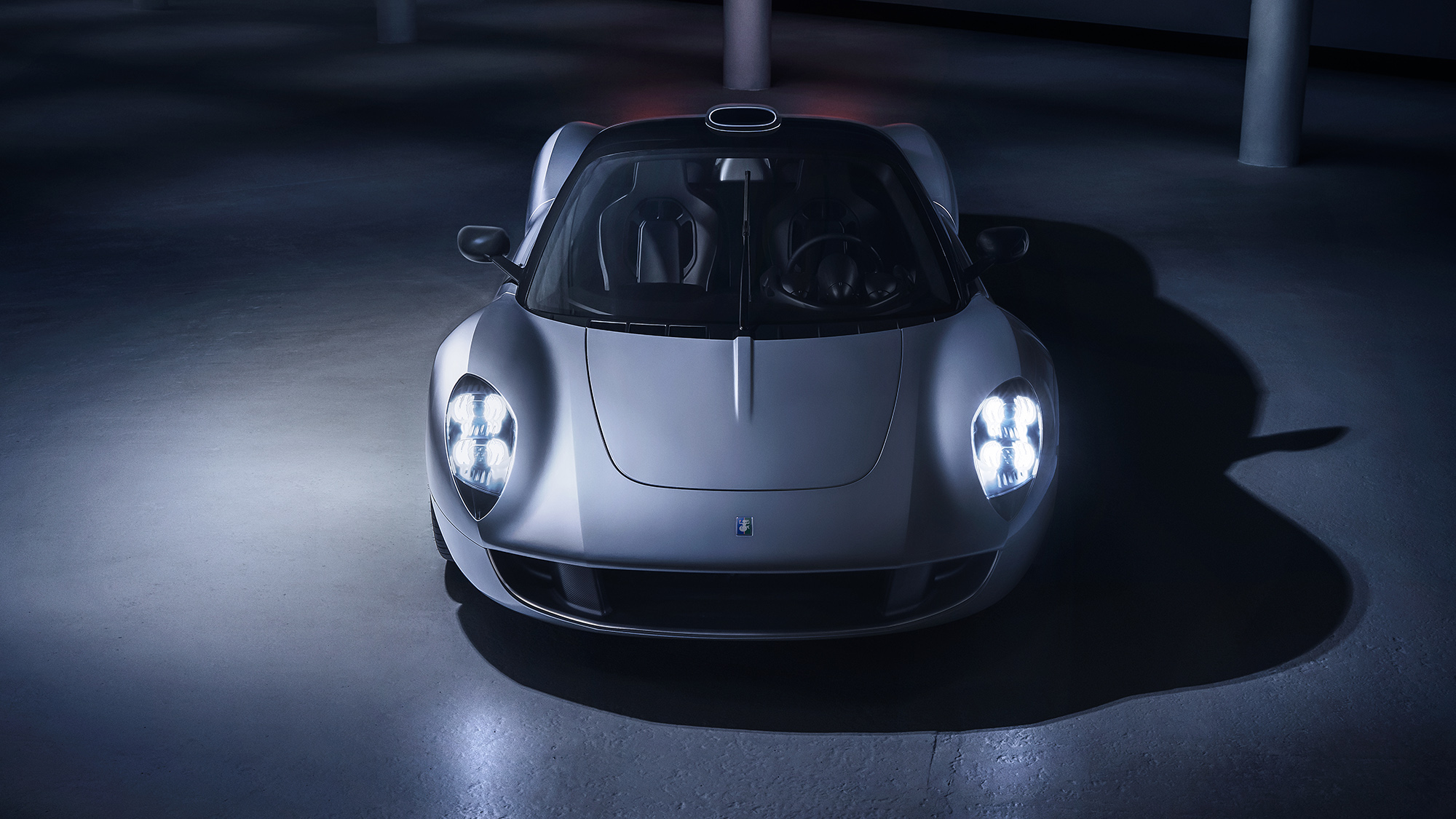 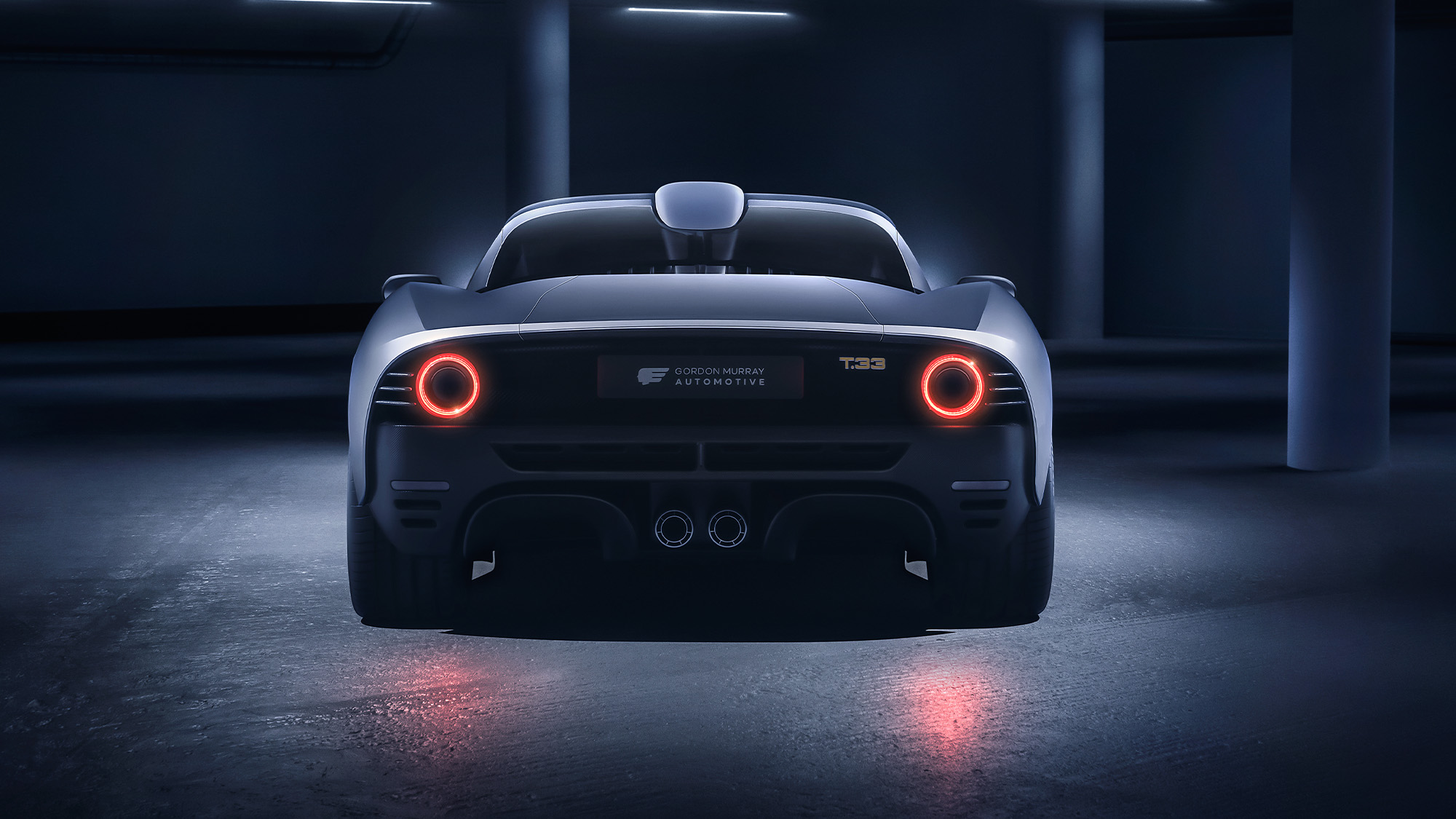 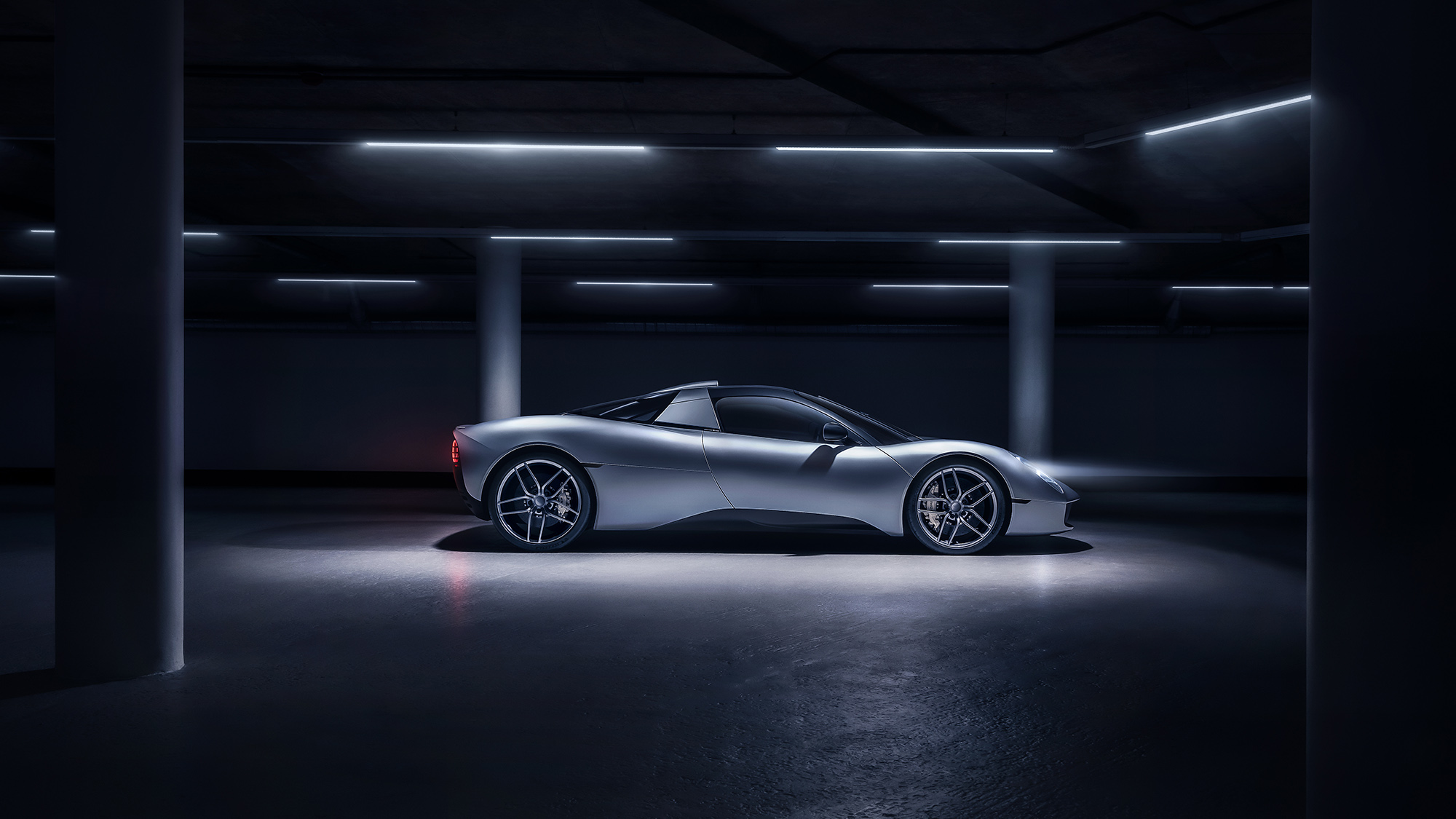 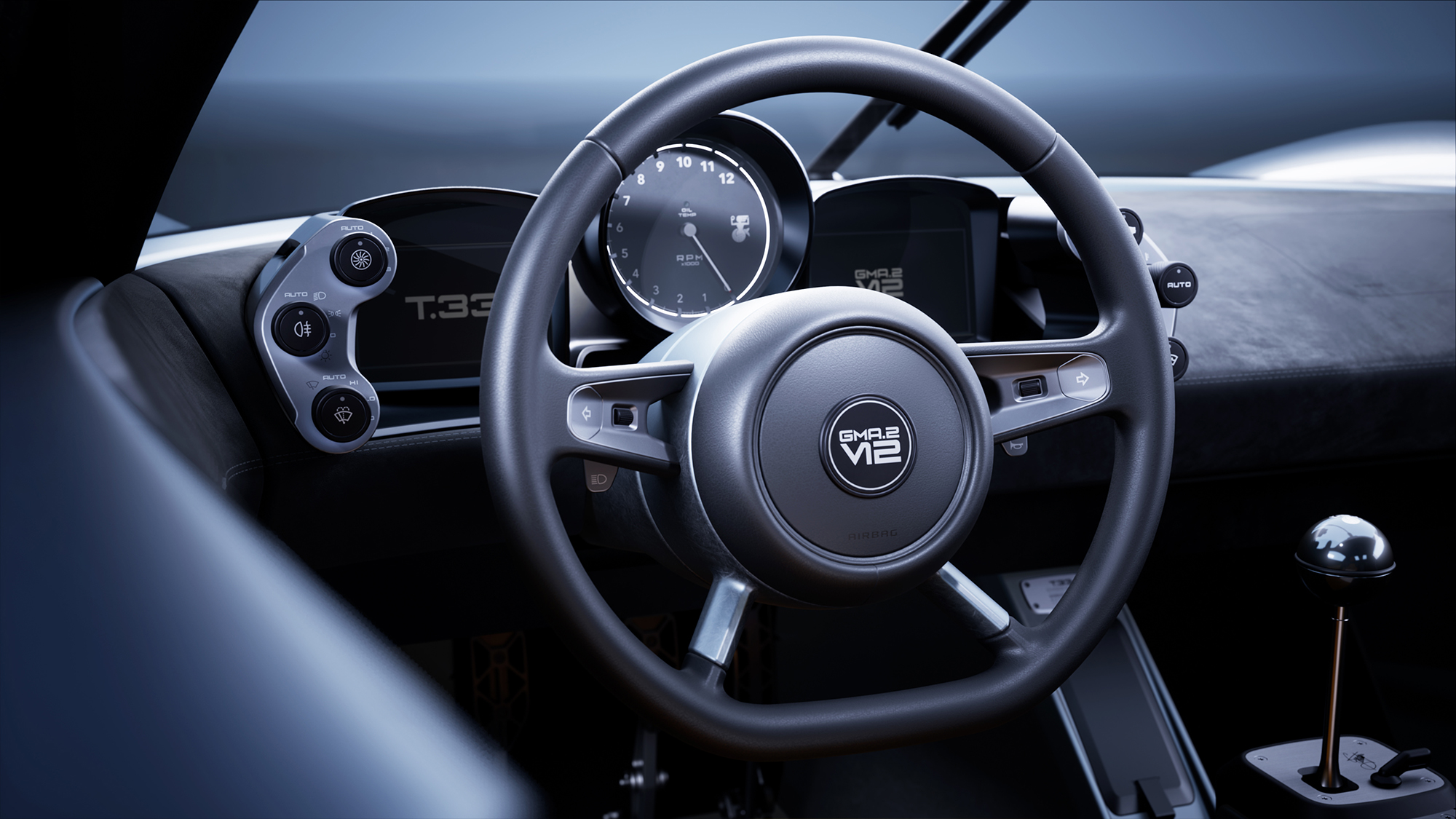 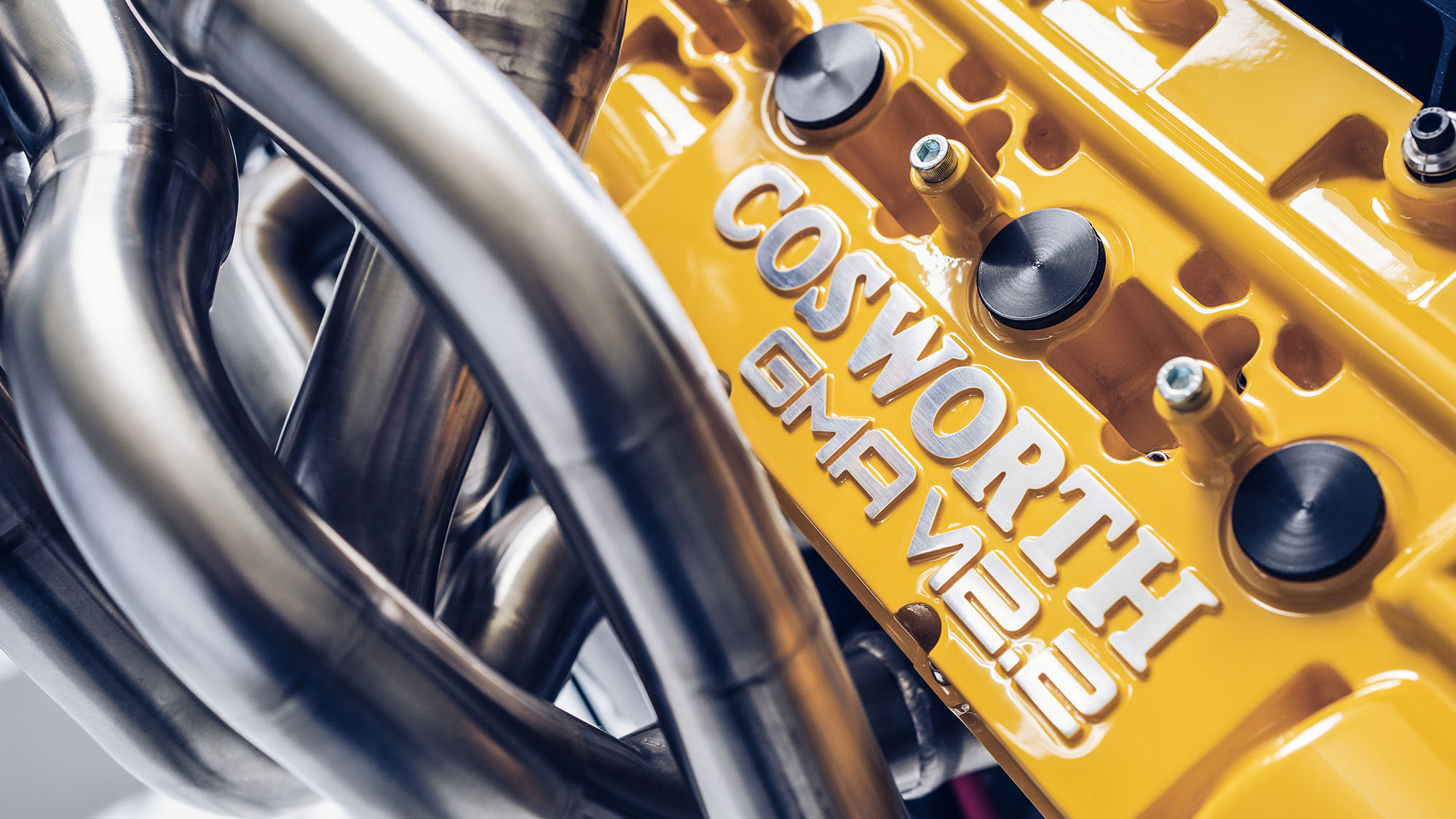 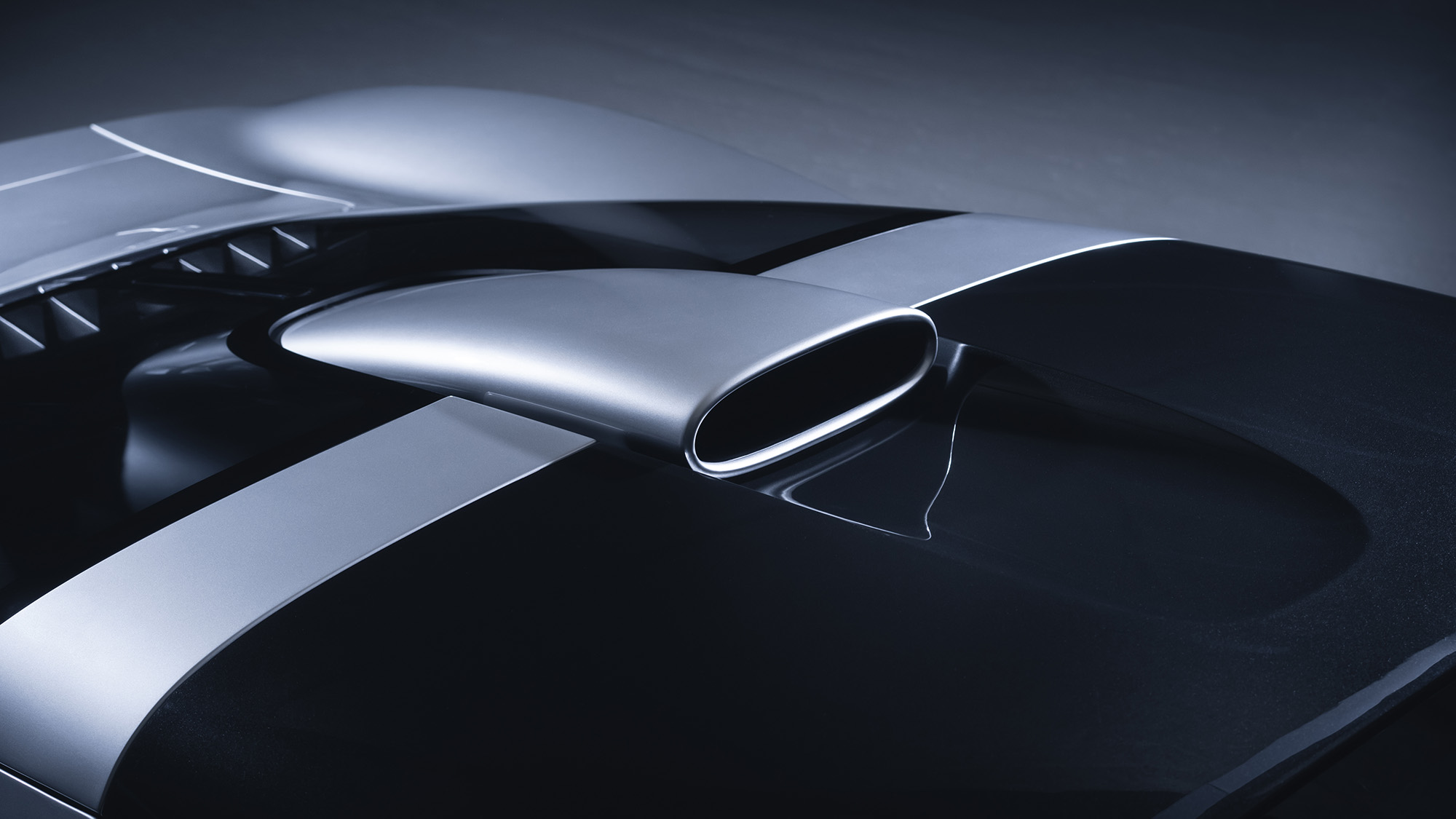 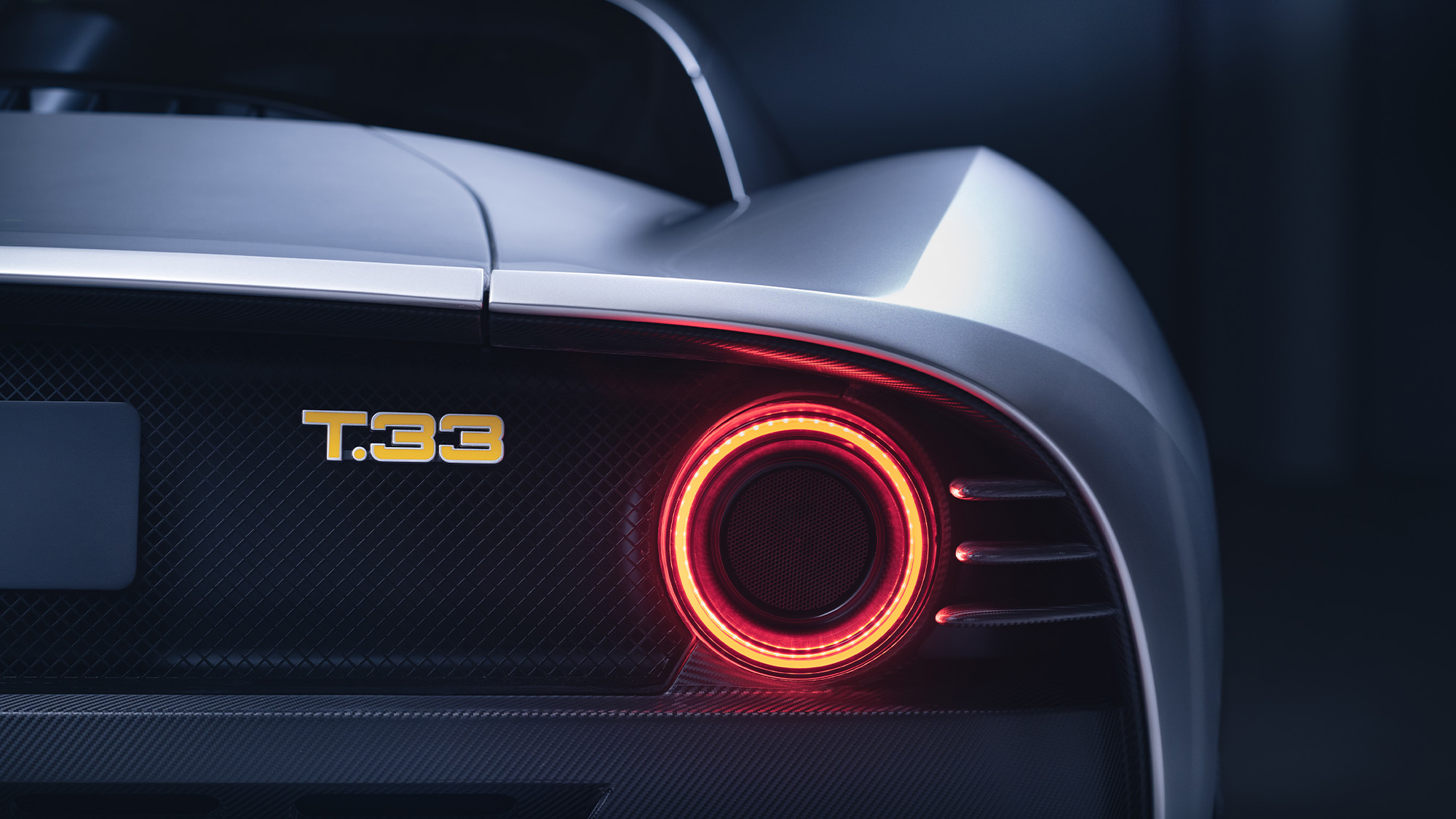 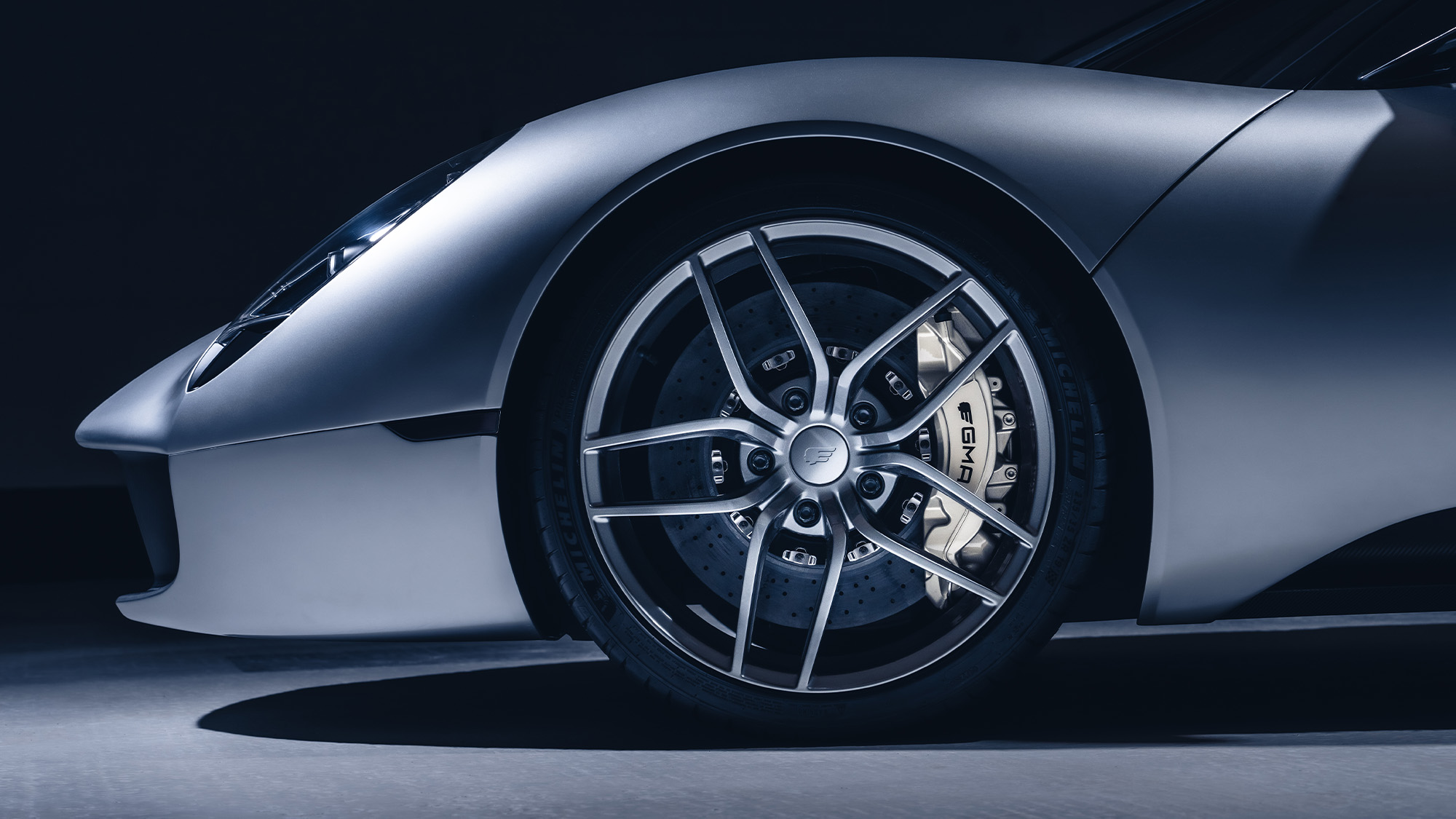 Despite both being mid-engined V12s with carbon tubs and bodies, there is remarkably little carried over from T.50 to T.33. The tubs are completely different while the engines have just their crankshafts, cam covers and basic blocks in common. The brakes are very similar and behind a few of the bespoke controls, similar operating mechanisms exist, but that’s about it. The T.33 does without the rear aero-management fan of the T.55.

Gordon says there will be 100 production T.33 coupes and not one more regardless of demand. These will take around a year to build starting early next year. They will be followed by two more T.33 variants, each also guaranteed to a total production figure of 100 or fewer. One will likely be a more sporting, track oriented car, the other ‘something a bit more open to the skies’ as Gordon puts it. My guess is a targa of some description with a removable roof because the structure is strong enough to take it and I can’t see Gordon willing to add all the weight and complexity required to engineer a full and folding roof. Talking of weight, he intends to bring in the T.33 at 1100kg or fewer, which is several hundred kilos less than any other production supercar with a comparable power output, and less even than the kerbweight of the McLaren F1. 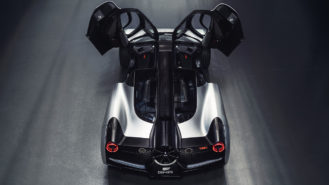 The supercars sending the V12 engine out with a bang

Make no mistake, the V12 engine is a dead man walking. For over 100 years and on both road and track we have marvelled to the sound of a dozen…

The T.33 will also be the last pure internal combustion engine-powered car Gordon will build. ‘After that we will have to have a hybrid.’  I ask what kind of hybrid and the answer is, of course, a naturally aspirated V12 hybrid.

Money? The T.33 cool £1.37 million before local taxes, so probably closer to £1.65 million over here. Expensive? It depends on how you look at it. It’s a lot of money certainly, but many may consider that, relative to the hypercar specials regularly produced for similar amounts by far more mainstream competitors, which don’t tend to combine bespoke V12 engines with manual gearboxes, it looks quite cheap. And at a cool million pounds less than a T.50, something of a bargain…