Gordon Murray describes the process of designing the McLaren F1 in the latest extract from his book One Formula, 50 years of car design 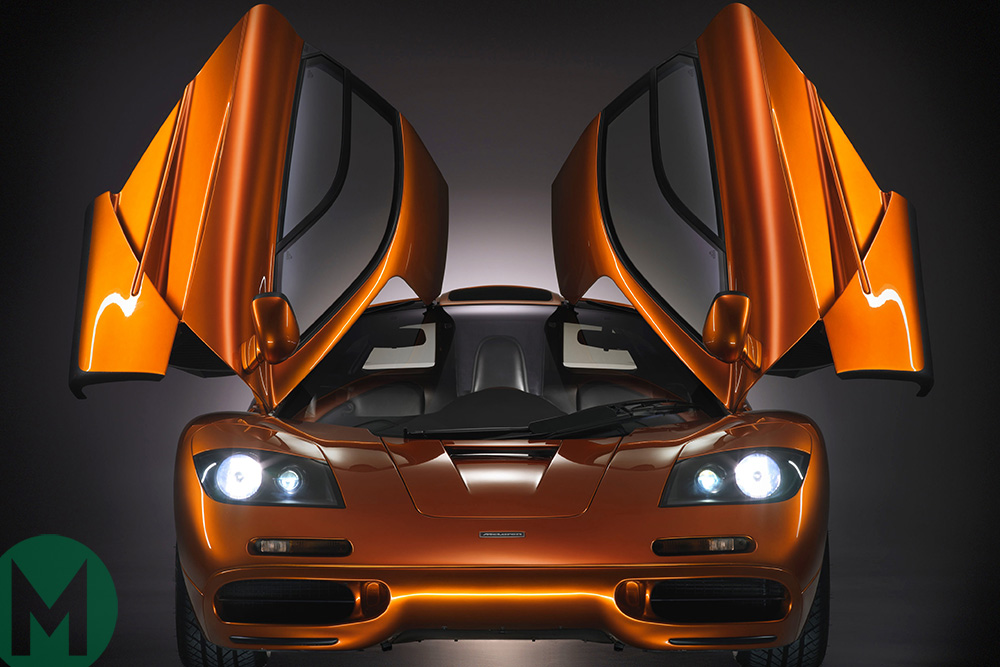 When it was unveiled at the 1992 Monaco Grand Prix, the McLaren F1 was the fastest road-legal car ever built. Its unique design and design process wowed the Formula 1 fraternity but that should come as no surprise when the planning and preparation behind the F1 is explained.

In his latest book, One Formula, 50 years of car design, Gordon Murray looks back at the process of leaving behind the McLaren Formula 1 team in the search of something more interesting to him. That path led him to the creation of one of the definitive 1990s supercar.

As well as the then-record-breaking 240mph top speed, the car featured a central driving position, F1-inspired internals and £9,000 worth of gold leaf-lining the engine bay. It combined to make the McLaren F1 a truly unique vehicle.

‘I’d just got an NSX from Honda, which was very good. I said, “Right, we’ll keep the good bits of that – which were the ride and handling – and I’ll drive all these things and write down all their failings: that you can’t see out, the pedal offsets, lack of luggage space, the air-con doesn’t work, the quality of the welding and all that.” I’d just try and exorcise all those bits and then, of course, the other thing was the construction.

‘The sketch I’d done back in college in the 1960s had this arrowhead formation where the passengers were far enough behind the driver that their shoulders went behind the driver. Your hips are very narrow; it’s your shoulders that are wide. Actually the car was the same width as a two-seater, so I revived that idea.

‘Suddenly everything started falling into place in my head. If there was a central driving position, it negated all the horrible things you had in current supercars. It certainly gave you fantastic control and visibility for driving fast. With the three-seater tucked-in idea, it didn’t make it any bigger than a normal car. And most of all, if you were going to buy an expensive “best in the world” type car and pay a lot of money for it, then: “It’s my car. The passengers are incidental. They’re slightly behind me. If I’m driving quickly down a lane, I’m in control, I’m in the middle, like a Formula 1 car.” 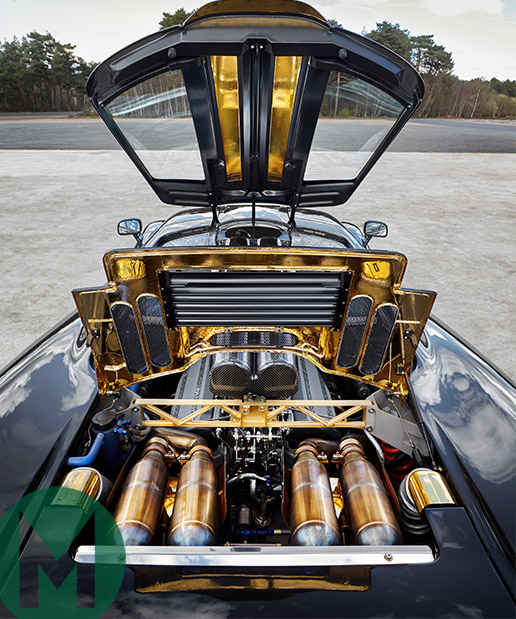 ‘I know this probably sounds a bit weird for an engineer and designer, but all the way through the McLaren F1 design and experience I always had the marketing considerations at the forefront of my mind. When we did use gold foil, it was for the right reasons but I always thought, “Wow, what a nice thing to say to your mates – there’s nine grand’s worth of 24-carat gold in there…”

‘I was fanatical about weight, and the stories about that abound. With two thicknesses of washer, we needed a 7mm bolt for the clutch pedal. There wasn’t a 7mm bolt made, only 6mm. The stress calculations said 6mm wasn’t big enough and 8mm was too big, so we made a 7mm one. I made people draw a 7mm bolt and nut because that’s all it needed. There are plenty of light-hearted stories.

‘When I’d got my little team together and I had all this in my head and these few sketches and all these notes to myself, I got everybody together in the boardroom and we had the infamous 101⁄2-hour meeting. Non-stop. I just said, “This is what the car’s going to be. This is the concept – not just the design but the engineering. These are the systems; this is how big it’s going to be; this is what it’s going to look like. And it’s going to have this suspension, and it’s going to be a central driving position.” 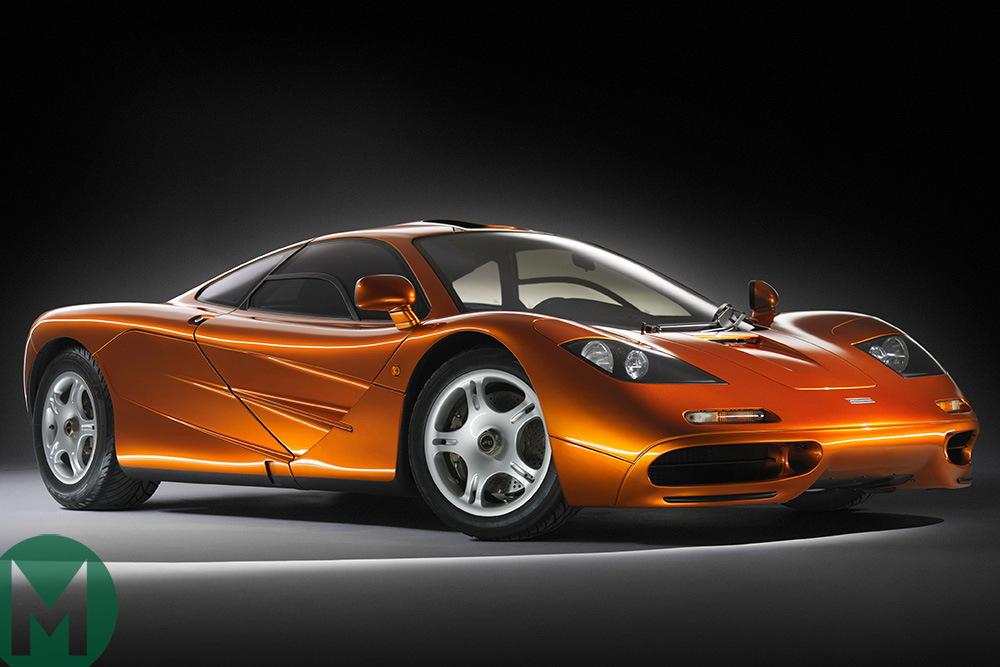 ‘Another part of the F1 design that I really focused on, and wanted to be special and different and right, was the driver position and the ergonomics, the primary controls and the secondary controls. First of all, anything the driver could see or touch, I wanted to be ultra-special. So much has been written about the F1 pedals, the machined pedals and the machined-aluminium knobs, instead of plastic and stuff like that. The feel of the gear lever was very important to me. I physically drew every part and I checked it myself because it was such an important part. I drew not just the concept but every part of the mechanism because I wanted the parts to be absolutely beautiful.

‘My steer for the team was, “Let’s really focus on the things the driver can touch and feel, but I don’t want anything on the car, even though it’s hidden and may never be seen, that’s clunky or bad engineering.” So even stuff like windscreen-wiper brackets, which you will probably only see as a replacement part, are milled from solid aluminium and are beautiful pieces of engineering. Every single thing on the car is like that.

This extract is taken from Murray’s book, One Formula, 50 years of car design, which includes the full story of the McLaren F1’s development including the manufacturing of its bespoke parts, inventive solutions and creation of a customer experience befitting of the most expensive customer car in the world.

The book is a two-volume tale of his five decades in car design, detailing the innovations and challenges of more than 70 road and racing cars from the early days at Brabham to the Mercedes SLR.