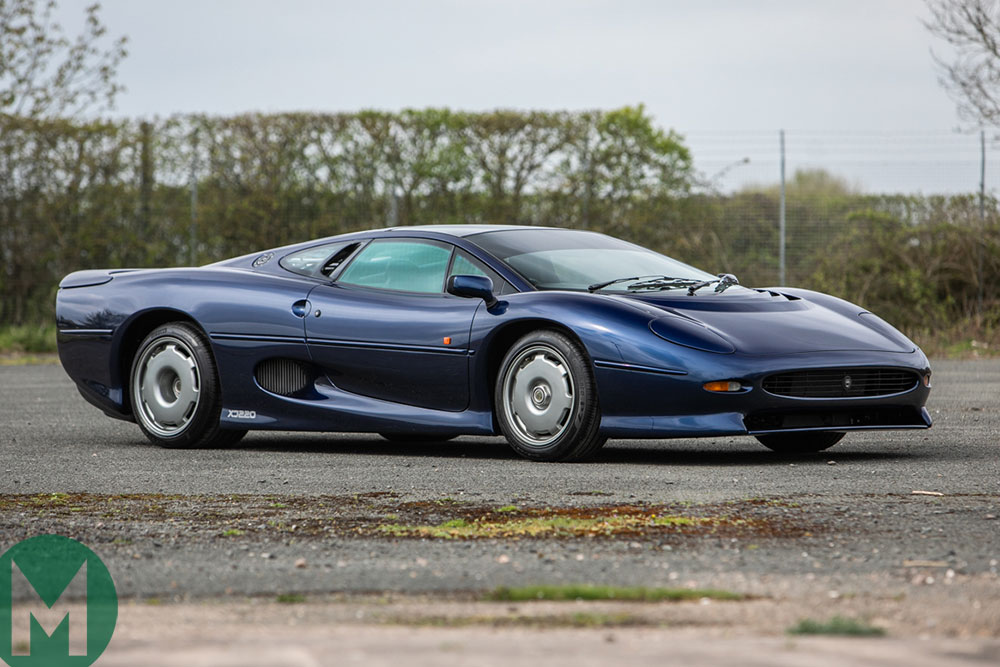 Two Jaguar XJ220s, once the world’s fastest production car, are leading Silverstone Auctions’ May sale taking place at Heythrop Park in Oxfordshire on May 11.

The Heythrop Classic Car sale is being held in association with the Jaguar Enthusiasts’ Club and a wide selection of Jaguars is going under the hammer. In addition to the two XJ220s, there will be eight E-types, XK120s, a 150, as well as, among the more modern examples of the marque, XJSs and XKRs.

The two XJ220s being offered are both highly collectable examples of the supercar in which Martin Brundle set the record as fastest in the world in 1992 at the Nardo test track.

The XJ220 was described by Win Percy as a “very underrated car”, and Richard Heseltine wrote in 2010 that the car wasn’t what Jaguar promised. In fact, it turned out to be much better.

The selection of E-types at the sale is led by a 1973 V12 Roadster Series 3. The car, which previously was used as a Jaguar Cars Ltd press car, has been in the same ownership for the last 22 years. It underwent a four-year-long restoration in the 2000s by respected firm Classic Motor Cars (CMC) in Bridgenorth, with the clutch and brakes upgraded at the same time. It’s estimated to go for £80,000 to £100,000. 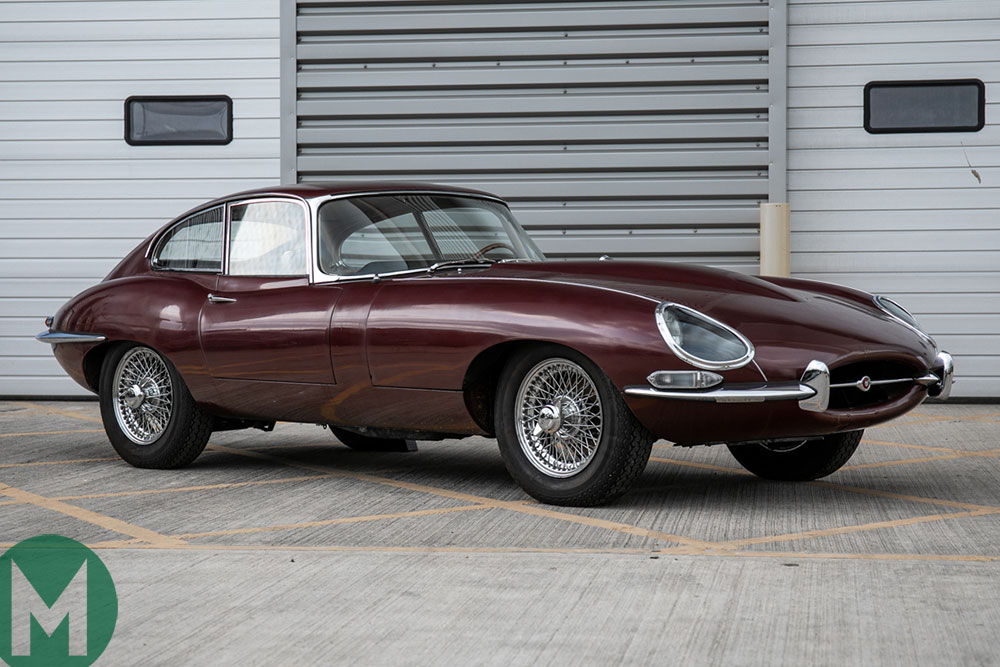 There also will be for sale a 47,000-mile, two-owner, 1965 E-type Series 1 FHC, which is a ‘time warp’ to the point of still being in its original paint. This United States-delivered left-hand drive car while in the US has also had a replacement interior finished painstakingly to its original specification. It’s estimated to sell for £40,000 to £50,000.

While the striking red-coloured 3.8-litre engined XK150S for sale is suitable for competition. It started life as Fixed Head Coupé in Pearl Grey, then underwent a full restoration in 1990 and ’91 when it was converted to a Drop Head Coupé. In 2000 it was upgraded further to rally spec for competition, and this was followed by another upgrade in 2005 and ’06 with a competition engine added.