TVR has officially relaunched, but not as we knew it 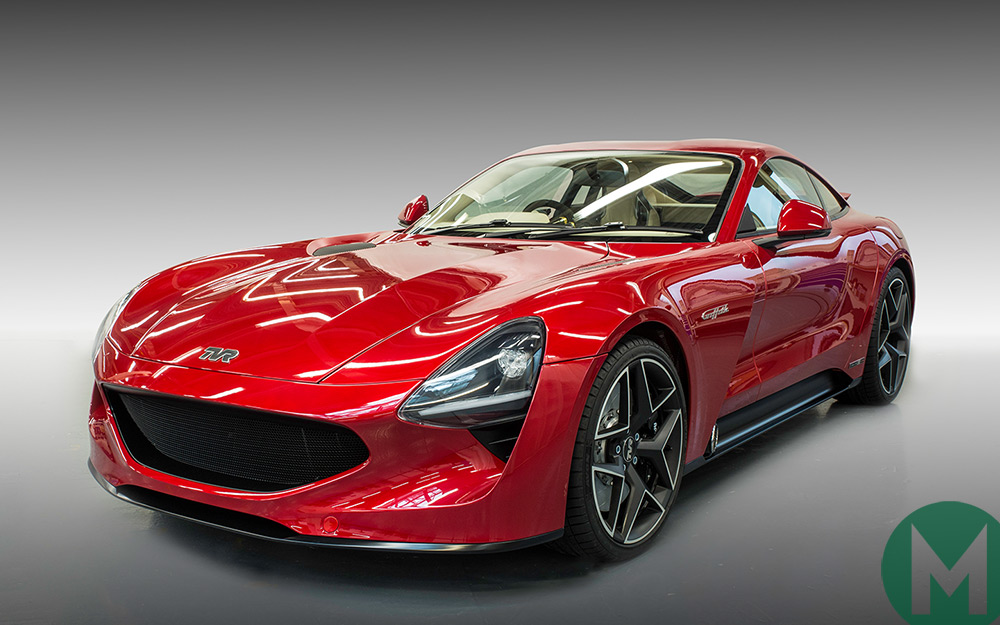 Seventy years after it was born and more than 10 since most of us presumed it had died, TVR has risen again.

In truth this TVR has nothing whatever to do with that TVR, save a name purchased four years ago. It won’t be made in Blackpool, its panels are not plastic, its aero work wasn’t done on the M55 and its styling owes precisely nothing to the proprietor’s dog. In fact I don’t even know if TVR front man Les Edgar even has a dog, let alone one like Peter Wheeler’s famed Ned, who determined the shape of the Chimaera’s indicator recesses when he bit a chunk out a foam model. Sometimes I’m surprised the old TVR lasted as long as it did.

You may not have heard of Les Edgar, but that doesn’t matter because you’ll certainly have heard of Gordon Murray. His design consultancy not only designed and engineered the new carbon composite coupe from scratch, but also came up with the super efficient ‘iStream’ manufacturing technique that should see customers taking delivery of their new cars from 2019.

Ah yes, the new car. Predictably enough it’s called the Griffith after the two best cars from TVR’s past. It is also a front-engined, rear-wheel drive coupe that eschews fancy electronics and flappy paddle gearshifts for classical suspension architecture and a chunky six-speed manual gearbox. And, of course, it has a socking great V8 in its nose.

It seems that what Edgar and Murray are trying to make is a traditional TVR in concept, but a state-of-the-art sports car in execution. A TVR designed with the benefit of hindsight, if you will. That’s the importance of its carbon configuration, its flat floor aerodynamics and its iStream construction.

For power it relies on a 5-litre Ford V8 similar to that already found in the Mustang but coaxed by none other than Cosworth to give 500bhp. TVR says this provides a power-to-weight ratio of 400bhp per tonne, which even my feeble maths can see gives it a presumably dry kerb weight of 1250kg, which is exceptionally light – lighter even than the lightest Porsche Cayman.

It is said to do 200mph and reach 60mph in less than 4sec. Both figures are slightly surprising: the top speed is higher than expected because I imagined Murray would be happy to sacrifice ultimate pace in order achieve higher levels of downforce at lower speed, while the acceleration figure should be quicker given the car’s power to weight ratio. It’s highly likely the time says everything about the traction limitations of having just two driven wheels, the engine in the front and a gear change to execute, possibly. A McLaren 570S has a slightly inferior power to weight ratio yet needs just 3.2sec to hit 62mph.

Given the power it will place under the driver’s foot, the normally aspirated engine, the manual gearbox, the double wishbone suspension with coil-overs at each corner and Gordon Murray calling the shots, I would personally be staggered if the car were not utterly thrilling to drive.

But will it be successful? That is a harder question to answer. On the positive side there are people who’d sacrifice limbs to own a Gordon Murray car, and as the man behind the McLaren F1 we should be none too surprised by that. Secondly, TVR is a well-known name so there’s no brand to build from scratch. Thirdly and fourthly it has the on-paper credentials and in-the-flesh presence to command total credibility. Finally, at £90,000 it’s around two thirds of the price of a McLaren 570S and cheaper even than Porsche 911 GT3. It should be as quick as either.

Then again, TVR didn’t become famous for exclusively positive reasons. Forget engineering the car, Edgar’s greatest challenge remains ahead of him: getting it into series production with the quality consistency the customer will demand of a ninety grand car and at a price that will ensure he still has a business. If those early cars break down on journalists, as TVRs of old did so very many times over the years, I really will fear for this brave new venture. Reputations like that are created in an instant, and rarely ever go away completely.

And brave it is: the old TVR went to the wall largely because people liked the cars, but not enough to spend the increasingly large amounts of money being asked for them. When you’re knocking on the door of £100,000 you’re going up against some of the world’s most blue-blooded brands, Porsche and Aston Martin among them. They’ll have to do a better job than Lotus, which has never found the audience it would like for the Evora. They will also need to prove the car has something substantive to offer over and above the likes of Caterham and Ariel, whose top of the range models will not only be far cheaper than the TVR but in real terms are likely to be quicker too.

I really hope it works, not least because I live quite close to the South Wales valleys where the new TVR factory will be built and I know just what a difference even a few hundred local jobs there and in the supply chain will make. Most of all, I just like the idea of TVR being back. I had my issues with the old company (who didn’t?) but the idea was always right, just the execution that was lacking. With Gordon Murray now responsible for all aspects of its design, engineering and build, perhaps the fully rounded, completely engineered TVR we’ve always wanted is finally on its way.