Compulsory speed limiters will be fitted to new European cars from 2022, so Andrew Frankel has a plan for the devout motorist 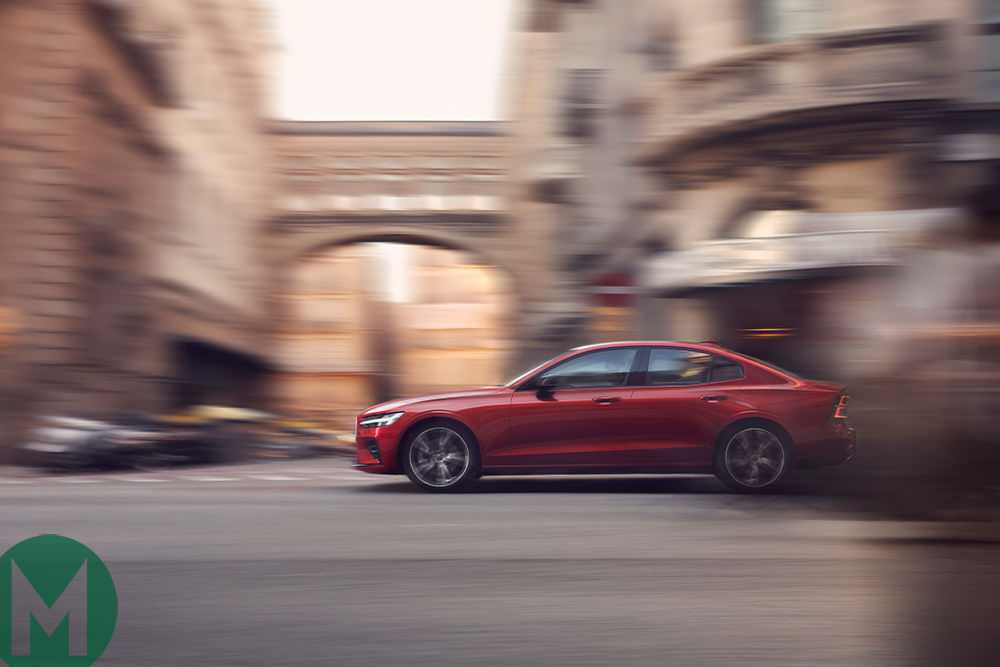 With something close to horror, I imagine you will have read the news that all new cars sold in Europe will be fitted with mandatory speed limiting software from 2022. This will take information from satellite navigation and sign-reading cameras, combine it with what it already knows about prevailing speed limits and prevent your car from exceeding said limit by a single mile per hour.

There is an override, so that in an emergency – such as when you have misjudged the speed needed to overtake a car and need maximum acceleration to complete the manoeuvre – but in all normal circumstances the car simply won’t let you speed. And, Brexiteers, don’t think for a moment that leaving the EU will save you from such indignity because we’re already committed to implementing the same regulation whether we are in, out, or somewhere betwixt and between.

Personally I think the idea is entirely boneheaded, not because I’m some speed freak who spends his life flouting the law, but because I don’t think anyone has considered the consequences or spent time in countries where speed limits are already ruthlessly enforced. It is my experience that the more rigidly applied are the rules, the worse the driving standards are. From Switzerland to Australia, drivers just turn their attention from their driving to something more interesting – like calculating Pi to a few more million decimal places.

It felt incredibly naughty, but was all entirely legal.

But these rules also highlight a problem into which car manufacturers have blindly walked. Modern sporting cars are just too good. Yes, there is a pleasure to be derived from driving a beautifully engineered supercar at legal speeds or even a fluently-tuned hot hatch, because if the car is responsive, accurate and faithfully transmits feedback from the road the resulting sensations can be pleasurable. But you’re not exactly going to be on the limit or even near it.

I am lucky to have access to a McLaren 720S at present and it is a sublime machine, but the only time in the last couple of months in which I have felt it start to drift beneath me, requiring me to deploy such skills as I possess in order to ensure it sticks to my chosen line through any corner was at Silverstone. I recently also had a Volkswagen Golf R and spent a day roaming through the Sussex countryside in it, without once approaching that zone where I felt I was making a difference. 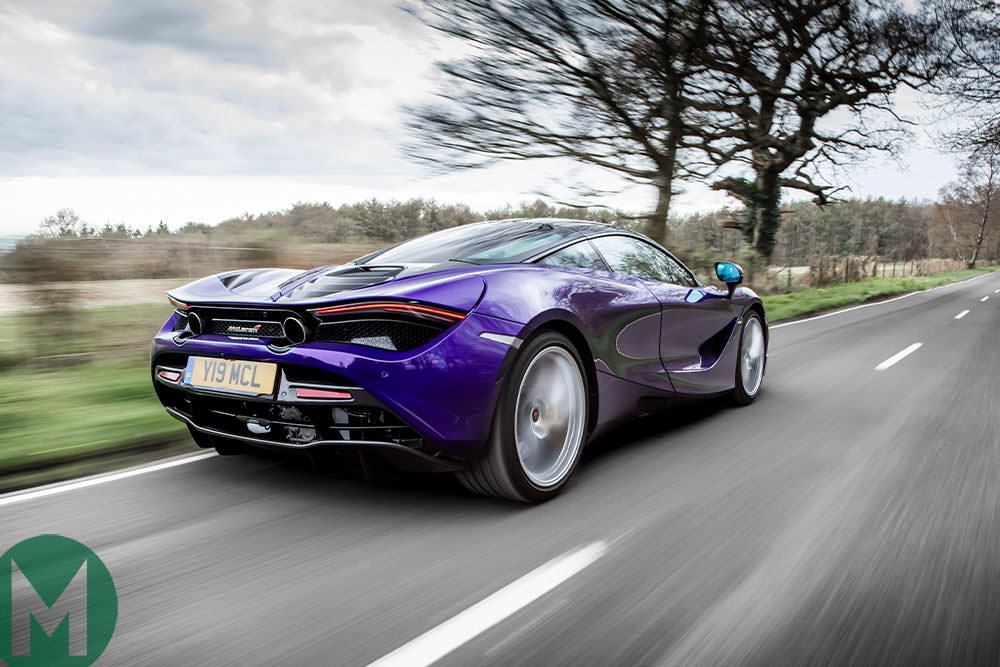 Now compare those experiences to another I had this weekend. A local friend and I decided to go to the pub. It being a sunny weekend, we thought we’d take a couple of silly old cars. The journey only took half an hour but I cannot remember when I last laughed as much driving a car on the public road if, indeed, I ever have.

We were both in 1950s Citroen 2CVs, both with 425cc engines under our corrugated bonnets: his car had more rust and a lighter driver, mine a touch more get up and go under the bonnet, so the result was two cars that were perfectly matched. Even with my mildly tuned engine, to combined power outputs of both engines was a lot less than 30bhp.

Yet they kept us completely occupied for the duration: when there is so little potential at your disposal you have to make every single horsepower count. You have to be able to tell by ear alone the exact engine speed required to keep the car on the boil when you change up. A few too many and you’ll hear valves bounce, a few too few and you’ll be a sitting duck.

You have to manage the chassis too: all 2CVs handle wildly better than anyone who’s not driven one would credit, but they are still among the most softly sprung, narrowed-tyred cars ever sold, and none softer or more narrow than these old ones. They don’t have much mass but what there is needs to be managed, not least because every single scrap of accrued speed is a precious commodity to be squandered at your peril. You have no choice but to be ambitious with entry speeds into corners and maintain all the momentum you can. But you need to control the understeer because these cars aren’t really on board with to mid-corner changes of direction. 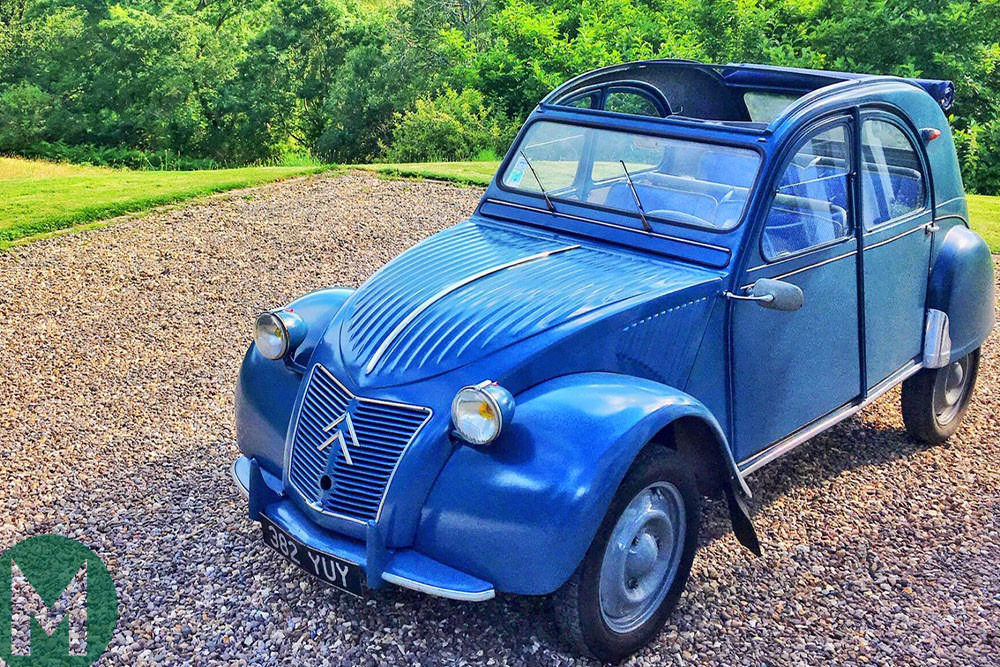 Just before we arrived we both dove into an arcing left-hand corner, heeled over, feet down, just as a police car came the other way. We must have made for an interesting spectacle, but the truth is that because these cars are narrow we never needed to use more than our fair share of road, and because they are so slow not only were we not over the speed limit, we were nowhere near it. At a speed you’d simply not notice in a Honda Civic Type-R, there we were having one of the best drives either of us can remember. It felt incredibly naughty, but was all entirely legal.

So when the rules come in and cars start to shop their owners to the authorities, you’ll know where to find me: leaned right over in my old French snail, hooting with laughter, having all the fun in the world. Legally.