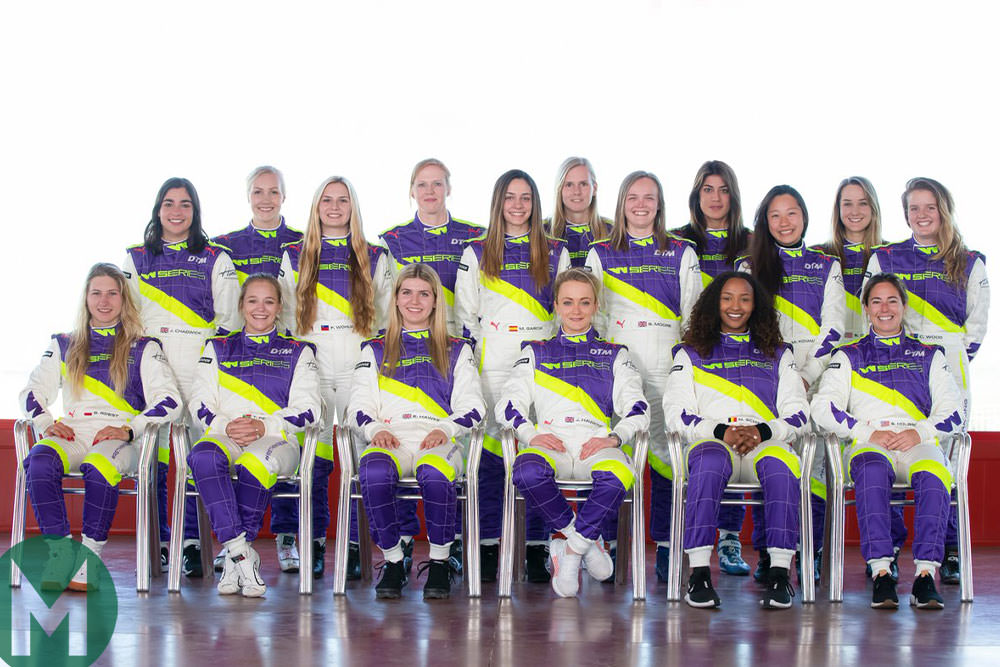 The all-female W Series has confirmed its 18 drivers for its inaugural 2019 race season, following the final stage of its selection process.

The last stage to whittle its 28 drivers down to the 18 that will race this year was a four-day test in the W Series Formula 3 car at Almeria in Spain.

The 28-driver selection was itself selected from an initial assessment of 54 drivers in Austria in January. In addition four more drivers have been nominated as reserves.

“This has been a more difficult selection process than we ever could have dreamt of in terms of how close it has been across the field,” said David Coulthard, chairman of the W Series advisory board.

“The rate of learning has been really impressive to see, and that’s absolutely what we need to see in those who have relatively little experience in single-seaters, but have got natural speed.”

“This represents today one big step closer to them realising that dream, and I think everyone at W Series can be proud of their contribution to putting these racers on track, who just happen to be women.”

“I also want to mention our four reserve drivers, who didn’t quite make the final 18 but all impressed our judges. They’ll be disappointed, inevitably, but they’re still part of the W Series family.”

Now the cars will be taken back to Hitech GP’s Silverstone base UK to be prepared for the forthcoming test at the Lausitzring in Germany, which takes place on the April 14-16.

The six-round season starts at Hockenheim, Germany, on May 3 as W Series will support every DTM round including the Brands Hatch round on August 10-11.