Later, Earl would become typecast as a sports car ace, winning Sebring overall in 1990 in a Nissan GTP car, before going on to a long career as an instructor and driver coach. But back in 1981, he was racing Super Vees. After winning at Riverside, team owner Rick Galles fired him on the victory podium for beating his teenage teammate, Al Unser Jr.

“It turned out to be a good thing for me,” Earl says, “because it opened up the opportunity to go to Macau.”

Hayashi, which was better known as a wheel distributor, wanted to showcase its race car chassis, so the company hired Earl to drive its Formula Pacific machine. (On the other side of the ocean, this class was known as Formula Atlantic.) Earl had raced at Macau the two previous years, qualifying well but failing to finish either time. He also had a reputation as an excellent development driver. So he seemed to be a perfect choice.

Earl arrived two weeks early to race the Hayashi at Suzuka. The car was a mess. Earl measured the chassis and figured out what was wrong. “I realized they’d copied the front end of a Ralt and the back end of a March, and they weren’t meant to be together,” he recalls. So he designed and fabricated some new front suspension components before heading to Macau. 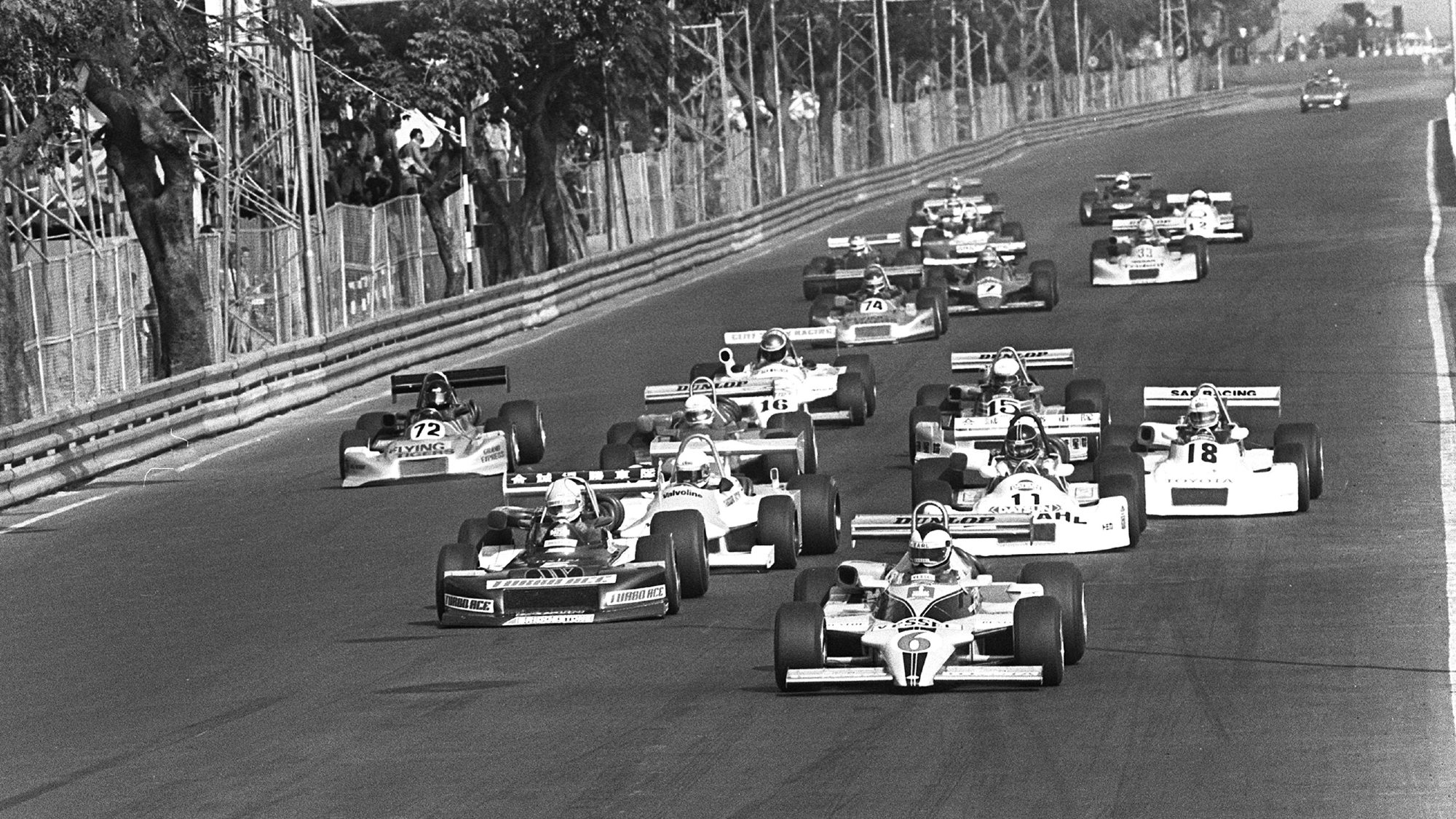 Takashi Ida leads at the start with Earl back in third

Originally a Portuguese colony, Macau was – and still is – a fabled resort and gambling mecca with one of the highest per-capita incomes in the world. The first Macau Grand Prix had been held in 1954. Since then, races had been staged for sports car, touring cars, motorcycles and formula cars of various descriptions.

In 1981, the field included three two-time winners – Geoff Lees, Vern Schuppan and Riccardo Patrese – along with Jean-Pierre Jarier, Roberto Moreno, Satoru Nakajima, Tiff Needell and Ray Mallock. Earl still wasn’t sold on the cornering of his Hayashi, but he knew that his 1600cc Toyota engine would be stout on Macau’s many straights and fast sweepers.

Lees put his Teddy Yip-owned Ford BDA-powered Ralt on pole. Earl was off the pace until he fitted the suspension pieces he’d fabbed up in the shop. This transformed the handling of his Hayashi and enabled him to leapfrog past Moreno to start alongside Lees on the front row.

As they sat on the grid, Lees’s clutch started to grab, and he began creeping forward. “Geoff put his fingers up, like, ‘Let’s go!’” Earl says. “Just then, the guy dropped the flag, and Geoff didn’t have his hands on the wheel. So I got the jump on him.”

Lees dropped briefly to third but quickly started hounding Earl. By the second lap, ready to make a run at the lead, Lees clipped a curb and cannoned into a barrier. Earl was relieved to see Lees climb out of the car after being trapped inside for several laps. But then he started worrying about Masahiro Hasemi, who was catching him rapidly.

The reigning Japanese Formula 2 champion, Hasemi had qualified an excellent tenth in his first – and, as it turned out, only – F1 race at Fuji in 1976. His Nissan motor was as strong as Earl’s Toyota, and his March was more agile than the Hayashi. If Earl couldn’t beat Hasemi on pace, he figured he’d have to do it with tactics. Or as he puts it, “I outfoxed him.” 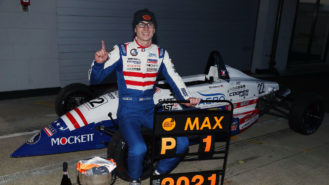 Max Esterson – the US ace making waves in Formula Ford

At the top of the hill, on the back side of the circuit, was a hairpin so tight that there were mirrors on either end to forewarn oncoming traffic. The only way to make it around the corner was to be on the outside edge of the road and use all of the available steering lock. On the run up to the hairpin, Earl had been driving a defensive line to keep Hasemi behind him. But on this par-ticular lap, he left the door open, hoping to bait Hasemi into an unforced error.

“He went to the inside of me all of a sudden,” Earl says. “At the last second, he realized he wasn’t going to make the corner. I looked over and, I swear to God, I saw steam coming out of his helmet. He had to stop and reverse, and he fell back six or eight seconds.” Hasemi blew his motor trying to make up for lost time, and Earl cruised home.

Earl was thrilled – until he got to the awards banquet and received a whopping $36 in prize money. “I asked Geoff about it because he’d won the year before, and he said, ‘I got $34 last year,’” Earl says. “Hayashi left me high and dry. I didn’t have any money or a hotel to stay in.” He spent the night on the floor of American journalist Steve Nickless’s room.

The hits kept coming when Earl got home. “I figured, worldwide race, ‘Bob Earl wins Macau,’ blah blah blah. Enzo Ferrari is going to call me tomorrow,” he says. “And I didn’t have a ride for three years! I went back to work at the Bob Bondurant School.”

A few years later, Earl returned to Macau when the GP was run as a Formula 3 race. He’d never driven an F3 car before, so he decided to spend a practice session shadowing a highly touted Brazilian kid then racing as Ayrton da Silva. Afterward, Earl told his race engineer, Carroll Smith, “‘He pulled me two feet on the exit of every corner. Who the **** is that guy? I don’t think I can beat him.’”

Later, of course, da Silva restyled himself as Ayrton Senna. Earl never caught him on the track. But when it comes to Macau Grand Prix results, they’re dead-even – one win apiece.