“Those last 10 laps were exhausting,” wrote Tony Brooks in Motor Sport. “I was listening anxiously to the engine, changing gear with exaggerated care, and giving the cars I was lapping a generous berth.” All from the confines of the Vanwall pit, not the cockpit… 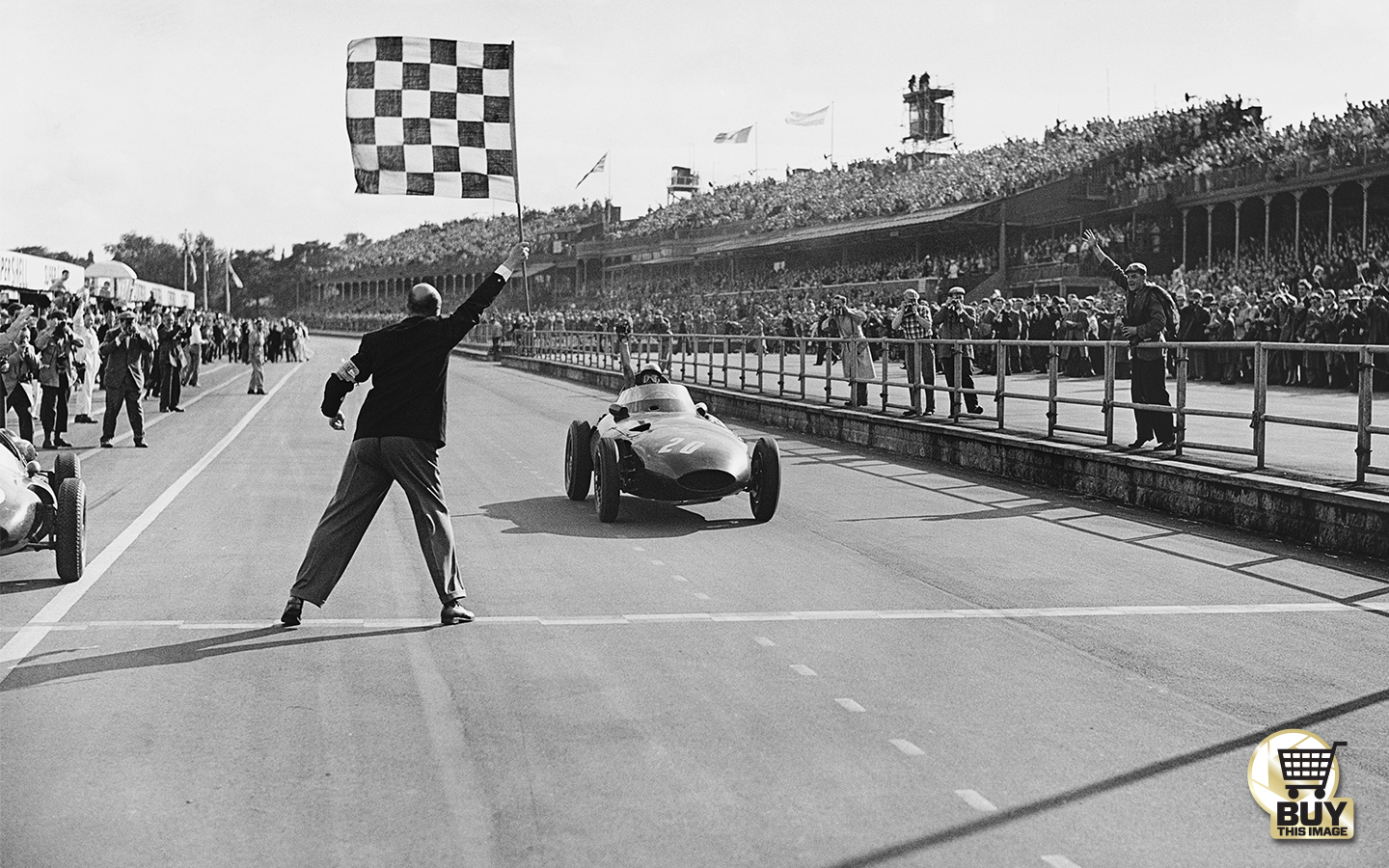 Brooks had long given up his car for team leader Stirling Moss; now he joined the massed crowd in crossing his fingers. Surely this would be the first World Championship GP victory for a British car?

The driver-share scheme had been pre-arranged, with Brooks’ unquestioning blessing. Tony had been stuck in bed just a week before Aintree, after his Aston Martin Le Mans shunt. He’d survived a heavy DBR1 rolling on him, yet here he was a month later outpacing the great Moss in practice. But a GP distance? That was a different matter.

View the full 1957 British Grand Prix result on the Database

Brooks was running fifth when the call came. Moss had charged past Jean Behra’s Maserati to build a strong lead, only for a misfire to thwart his progress. Now on lap 26 Tony hauled his aching limbs from the cockpit – and Stirling set off on another signature charge.

At half-distance the gap to Behra was a full minute, with Mike Hawthorn, the third Vanwall of Stuart Lewis-Evans and Peter Collins between them. But soon Collins would be gone, his Lancia-Ferrari suffering a water leak, then Behra’s Maserati engine detonated – and Hawthorn picked up a puncture on the debris. Vanwall was back in the lead!

Moss was by Lewis-Evans before they’d even passed the giant grandstand, and now the tension began to rise. Nerves tightened further when Lewis-Evans slowed with gear-linkage problems, but Great Britain would not be denied today.

For Moss, Aintree ’55 had been special, but this was something else again. Instead of foreign silver he’d done it in his beloved British Racing Green. DS 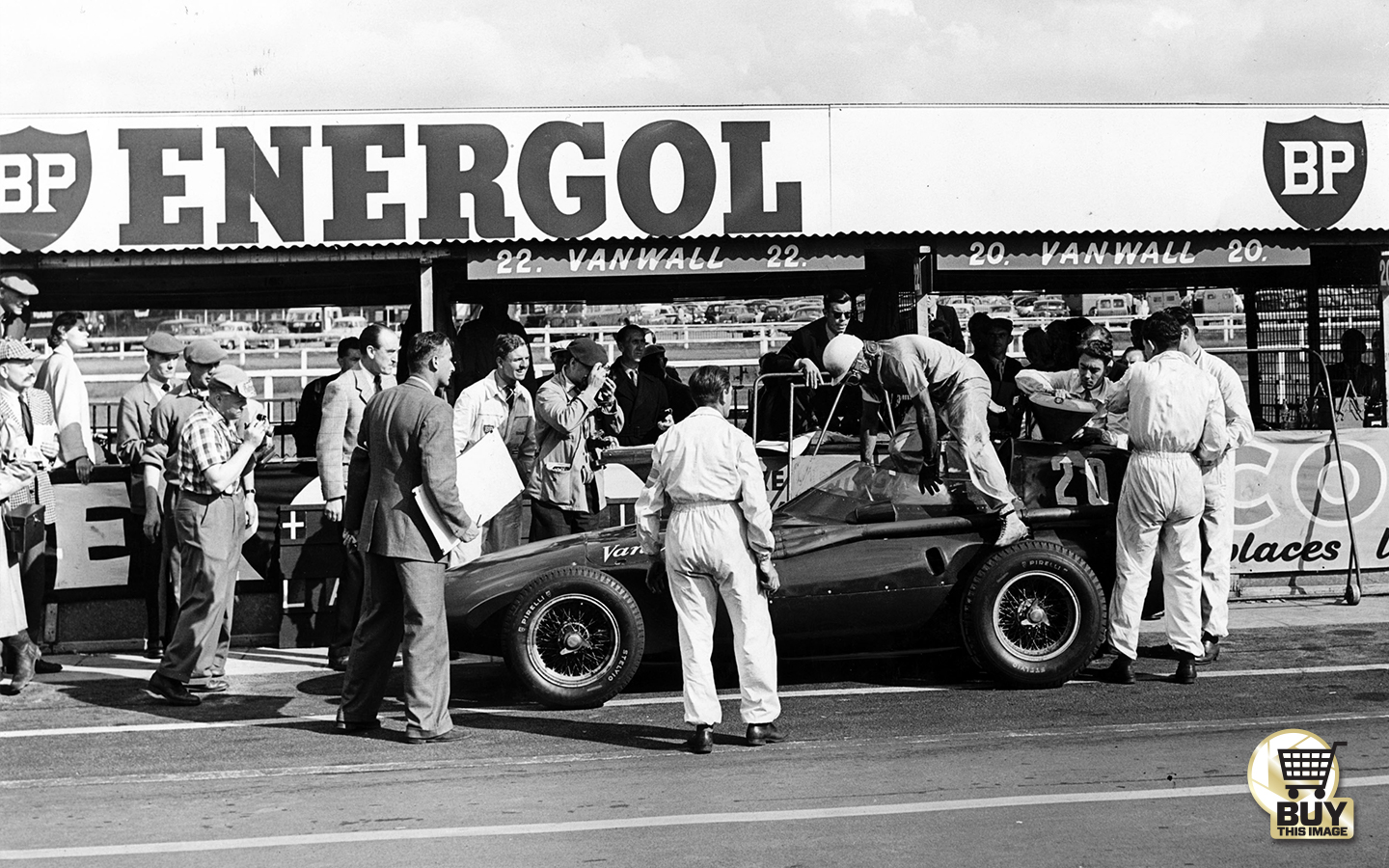