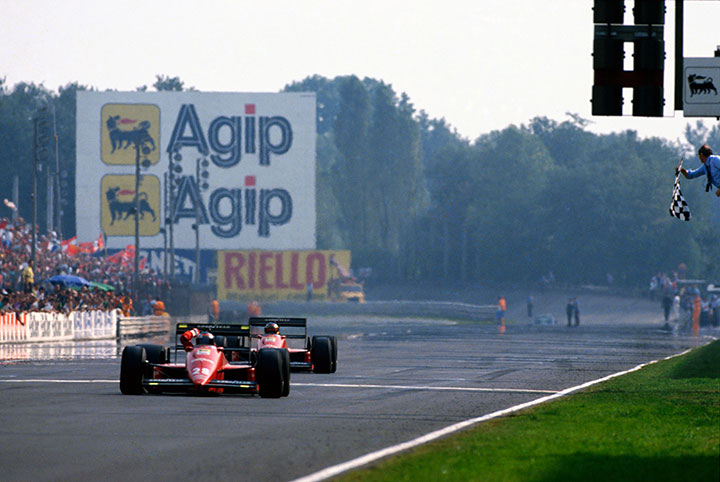 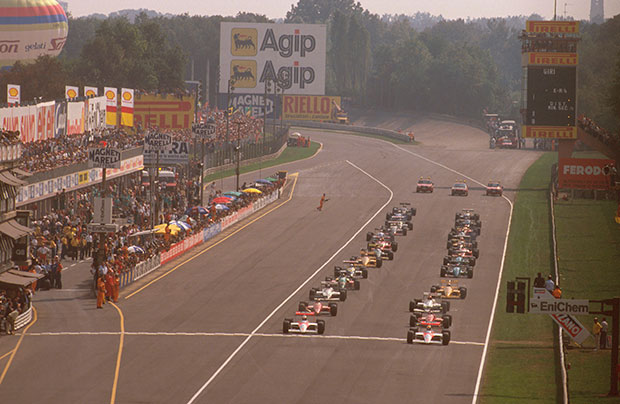 It was an archetypal Monza day: mist lifting to reveal a hazy sun as the tifosi to begin with seeped and then flooded over, around and through the perimeter fence. Only one thing was missing.

The increasingly hermitic Enzo Ferrari had not attended his home GP for many years. No matter. The less he did, the more significant he became. Put it this way: Il Papa John Paul II had in June visited Il Commendatore, not vice versa – and Enzo, unwell, had stood him up; they spoke on the phone.

Knowing that Enzo was alive, holed up in his moodily-lit converted Fiorano farmhouse, watching the race on TV, waiting for the celebratory or explanatory phone call, had long been sufficient. But now he was gone. Aged 90.

Jean-Louis Schlesser was about to make his Formula 1 race debut one day short of his 40th birthday. Williams’ Nigel Mansell was indisposed because of a secondary infection triggered by chickenpox and its preferred subs Martin Brundle, Al Unser Jr and Roberto Moreno were unavailable. So Schlesser, a former test driver for the Didcot team, got the call.

The sports car ace, who had failed to qualify a March-RAM for the 1983 French GP at Paul Ricard, struggled in an unfamiliar environment. He crashed his Judd-powered car in practice, qualified only 22nd – more than two seconds slower than team-mate Riccardo Patrese – and tugged in the race. He will, however, always be fondly remembered by Ferrari fans.

The all-conquering McLaren-Honda turbos of pole man Ayrton Senna and Alain Prost – the pair not yet at war but jousting – led the early stages, albeit at a cost. The latter, hampered by a misfire that eventually caused a rare retirement on lap 35 (of 51), had harried his team-mate into a fuel deficit.

Radioed to further reduce his speed in case of a melting piston, Senna suddenly came under pressure from the Ferraris of Gerhard Berger and Michele Alboreto. The latter, racing angry because Williams had welched on a handshake for 1989, set the race’s fastest lap on lap 44. Berger recorded his personal best five laps later to close to within five seconds of Senna.

Two laps remained when the forceful (and perhaps flustered) Brazilian dived by Schlesser at the first part of the first chicane. The undoubtedly flustered Frenchman, who had already been lapped once, ran wide on the dirt, locked up and bumped clumsily across the apex kerb before tipping the leader into a spin and retirement when Senna became beached on the exit kerb; marshals, though able to rock the McLaren as if it were a toy, were unable to get it rolling. The Woking team’s sequence of wins thus ended at 11. 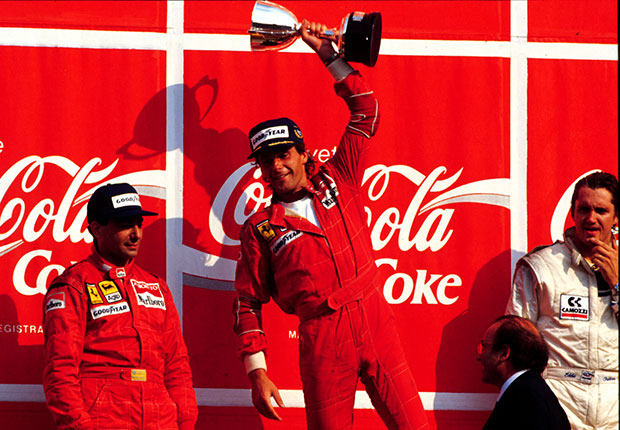 It was left to Berger to lead home a famously raucous Ferrari 1-2. The Austrian had driven superbly after a torrid preparation. His car had developed a sticking throttle on a formation lap. He pitted and hopped into the spare, which handled abominably. He pitted once more and climbed aboard his repaired race chassis, only for its throttle problem to resurface. With time running out, he was forced to race the spare, to make some adjustments on the grid, and to hope for the best.

Motor racing’s god was smiling down on him that Monza day. PF