You’ll notice that Bruce McLaren’s name doesn’t feature in the top three… even though he finished less than two tenths behind Jackie Stewart’s winning Matra. At pre-chicane Monza, such margins were no guarantee of a headline result. 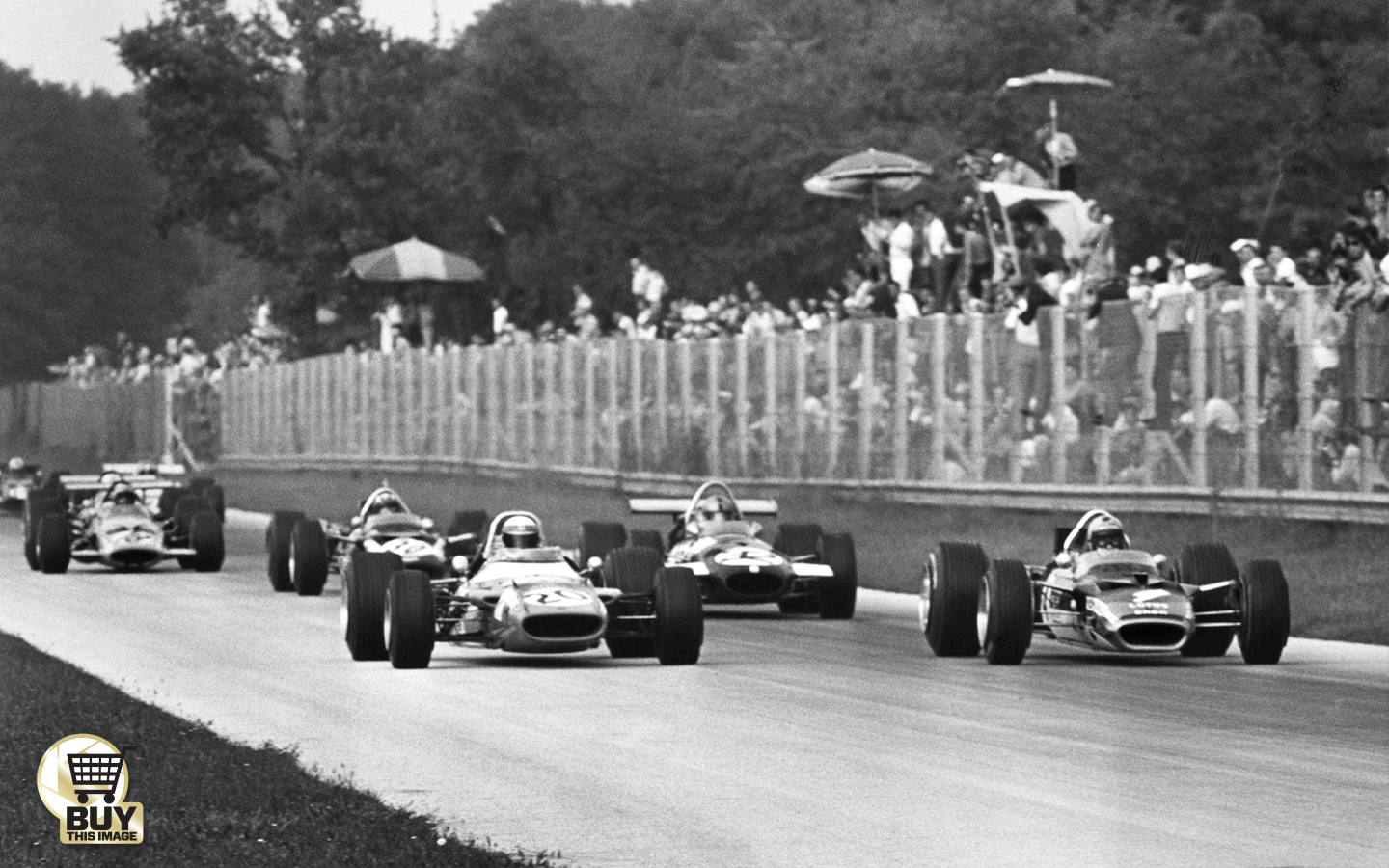 There had been a one-month break since the German GP, although most leading teams had taken part in the Oulton Park Gold Cup (where Jo Bonnier had crashed his Lotus seriously enough to have to withdraw from Monza). Long acknowledged as F1’s next big thing, following the loss 17 months earlier of Jim Clark, Jackie Stewart came to Monza with a 29-point lead over Brabham rival Jacky Ickx and a chance of clinching his first world title. The Scot qualified third, behind Jochen Rindt’s Lotus and Denny Hulme’s McLaren, but all three would feature in an engaging, race-long battle featuring up to eight cars. Ickx, meanwhile, started at the back following a string of engine problems.

Matra brought along a four-wheel-drive MS84 – F1’s fad du jour – for Stewart to try, but he would race the conventional, better sorted MS80. Lotus persisted with the 4WD experiment, though, entering a 63 for John Miles (not that many people noticed, because its engine would fail within a handful of laps).

Ferrari had a low-key presence. Its new 312B had proved troublesome in testing, so it brought a lone 312 for Tino Brambilla to drive initially, although Pedro Rodriguez subsequently took over for the duration. The Mexican qualified only 12th, but that failed to deter the tifosi: in line with tradition the royal park was absolutely rammed on race morning.

People talk fondly about the days of Formula Ford 1600 slipstreaming contests, but this was virtually FF3000 as each of the cars in the lead group was propelled by a Ford-Cosworth V8. Rindt, Stewart and Hulme were deeply involved, of course, along with Piers Courage (Brabham), McLaren, Jean-Pierre Beltoise (Matra), Graham Hill (Lotus) and Jo Siffert (Lotus).

On the final lap, Stewart led on the run towards Parabolica but had to cede as Beltoise drew alongside in the sister Matra. The Frenchman had his nose in front as he entered the long, final right-hander, but began to drift wide and lost just enough impetus for Stewart and Rindt to slip ahead on the sprint to the line.

Stewart’s sixth win of the season secured that first title, with three races to spare, and he beat Rindt by 0.08sec, Beltoise by 0.17sec and McLaren by 0.19sec. The unlucky Courage was more than half a minute back in fifth and Rodriguez completed the top six, having been lapped twice.

Who came up with the bright idea of chicanes? SA 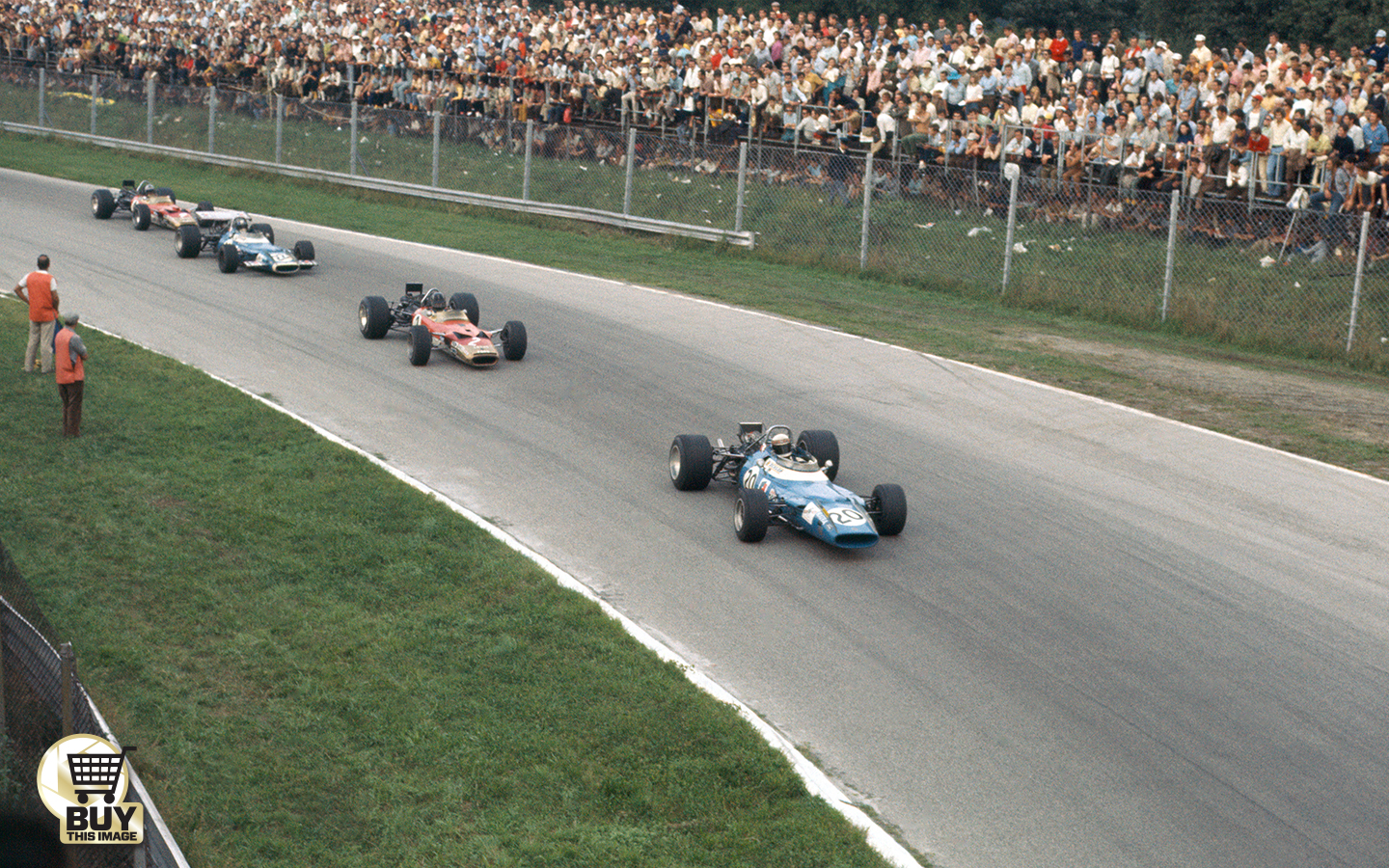