If the young Englishman were to be helped by his inestimable number one Juan Fangio, he would have to earn it. Pole position – two-tenths faster than the Argentinian superstar – was, therefore, a good start.

Moss had spent the preceding 100-lap Dutch GP grooved in Fangio’s wheel tracks: mainly learning, partly proving a point and always convinced that the maestro could pull away at will should he so wish. Aintree was different: he took the lead on the third lap. ‘Okay, let’s see what you can do.’

Fangio certainly kept him on his toes. Moss, running a shorter final drive than his team-mate and more at ease with the car’s ‘back to front’ gearbox now that an interlocking mechanism had been fitted to prevent botched changes – was driving as hard as he knew how.

The silver machines were soon in control. Only the Maserati of Jean Behra was able to harry them, and it gave up the ghost with a cracked oil pipe after only 10 of the 90 laps. Thus the way was open for another display of German superiority, albeit softened by a British twist. Moss had displayed indisputable patriotism in the frustrating early stages of his GP career. Now, if he – and Britain – were to progress at the highest level, he needed to show that he could win in top-quality machinery. 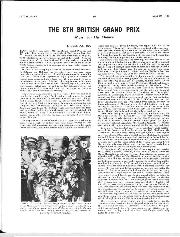 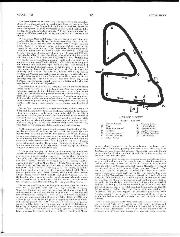 For the first time since 1948, the British Grand Prix did not take place among the green fields of Buckinghamshire but instead was organised in the industrial north-west of England,…

Fangio moved ahead again for eight laps – mainly teaching, partly proving a point – before Moss repassed. With clever use of backmarkers, the local hero was then able to establish a 10-second lead a little beyond half-distance.

Neubauer hung out ‘Regulare’: hold position. Was that the sign?

Moss throttled back, Fangio less so, and they were nose to tail once more.

On lap 88, Moss matched his pole time to set a new lap record – definitely making a point: fast and fit. Exiting the last corner of the final lap, however, and unsure of the etiquette on this loaded occasion, he hesitated, glanced and gestured. If there was a plan, be it Fangio’s or otherwise, he was not privy to it. Fangio drifted wide and crossed the line still two-tenths in arrears, neither man going flat chat.

Although nothing was said in the immediate aftermath, Moss’s gesture of placing the laurel wreath over his team leader’s shoulders spoke volumes. Many years later, he asked directly if he had been allowed to win. Fangio replied, ‘No. It was your day.’

Perhaps Fangio could have won. Perhaps Moss could have pressed home his advantage in the second half. Undoubtedly, the respect between them was total. Fangio considered Moss a worthy winner. And Moss was a worthy winner because it had not been handed to him on the plate.

Mercedes-Benz finished 1-2-3-4 that day – but it had crushed with a velvet glove. Moss and Fangio, team-mates Karl Kling and Piero Taruffi, Neubauer and designer Rudi Uhlenhaut had struck a perfect balance in every respect. That’s a rare thing in GP motor racing. PF