A long, tragic season ended with three drivers in contention for championship honours, and the 1968 Mexican Grand Prix was the setting for an impasse 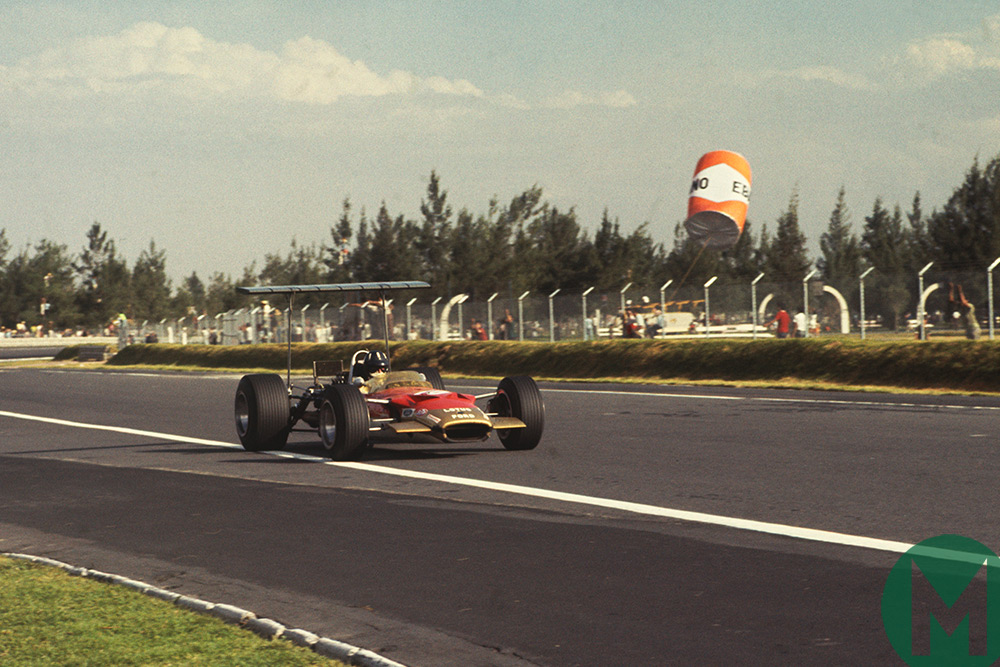 Jim Clark started the season with a victory at the South African GP on New Year’s Day at Kyalami, but when the Spanish GP came around in May, there was a tangible void.

Clark had been killed on April 7 in an F2 race at Hockenheim.

Graham Hill, runner-up to Clark at Kyalami, now had the reins of a grief-stricken Lotus team going into Jarama and it was a new era for Lotus: no Clark, no British racing green livery. There was no Jackie Stewart in opposition, either – his wrist was injured in an F2 practice accident at the same circuit earlier that month.

From sixth, a chasing Hill worked his way up to second and took victory after polesitter Chris Amon’s fuel pump gave up on lap 58. Hill followed it up with a Monaco GP win (again) – Team Lotus’ fifth GP victory in a row.

Stewart, who was forced to sit the Monaco race out, hit back over the next few months, though his wrist was still cast in plaster. His fourth place Belgian GP finish was supposed to be a victory, but his DFV was profligate when it came to fuel consumption. Stewart conquered the rain at Zandvoort in June, then finished third at the following French GP in July.

In Germany, Stewart wrestled through another wet race at the Nürburgring, plaster cast intact, for his greatest win. Four minutes back, Hill was relatively anonymous in the shadow of Stewart’s Herculean effort. And he was now left with just a four-point lead over Stewart in the championship.

It was only until September when the Lotus frontman’s championship total was added to, with a fourth place finish at the Canadian GP – though he wasn’t in contention for the lead. New Zealander Denny Hulme ruled the month, having broken free from the competition at Monza before brushing the field aside in Canada at the remote Mont-Tremblant circuit. The luckless Chris Amon had led 72 of 90 laps only to be halted by a transmission failure. Hulme had pulled level on points with Hill, but the Kiwi’s accident on lap 92 of 108 at Watkins Glen in October put start-to-finish winner Stewart and runner-up Hill back on top.

Though Hill had the advantage, on 39 points, Stewart was only three behind and Hulme another three further back. In essence, a win was needed to secure the championship.

The stage had been set for a Mexican standoff.

A longer-than-usual delay between the Mexican and the US GP, due to a date clash with the Mexican Olympics, must have done little to soothe any nerves.

Moreover, Jim Clark’s fatal accident in April still hung over Formula 1, and particularly Team Lotus, like a dark cloud. The late Scot had dominated the 1967 Mexican iteration, completing a Grand Slam in the process, after all.

As pole went to Jo Siffert, Hill and Hulme took third and fourth on the grid, while Stewart was back in seventh.

‘After a longer delay on the grid than most drivers liked, the flag fell and the 7th Mexican Grand Prix and the deciding race in this year’s Driver’s Championship was under way,’ wrote Michael Tee.

That pause, the calm before the storm as the cars lay on the grid awaiting the green flag, must have been deafening

Bad starts for Siffert and Amon allowed Hill to lead into the first turn, until John Surtees outbraked him and shot through – and then his Honda’s water pump failed. 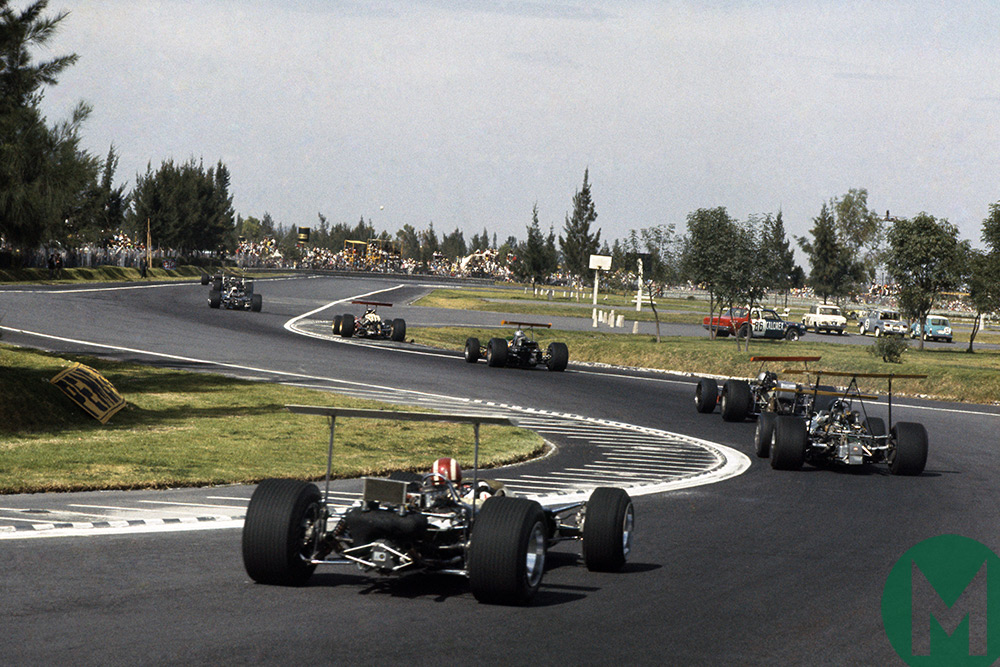 Stewart swept past the ailing Surtees on the second lap, determined not to let Hill stretch his legs, and on the fifth lap Stewart snatched the lead. He traded blows with Hill, with the championship firmly at stake. It soon became a two-horse title race: Hulme’s broken damper put him out of the running on lap 10.

‘From the Championship point of view,’ explained Tee, ‘Hill would be as happy with a second place as with a first as long as Stewart was behind him. Stewart was really the only one worried because he had to gain a nine-point win if Hill was one place behind, for he needed the three points for an outright win.’

Hill retook the lead, but his advantage was only a car’s length at the halfway point. Then, Stewart’s championship hopes were hit, hard.

Tee: ‘The order remained the same, then suddenly Stewart was no longer right behind. In one lap he had dropped 7 sec, next lap the gap was 16 sec, and it was obvious the Matra was in serious trouble.

‘In fact, the fuel pressure had dropped for no apparent reason, causing the engine to cut on the straight and also at the hairpin. In addition, the car began to handle peculiarly, which later was discovered to be a cracked frame, which put the rear suspension out of alignment.’

At the finish, Hill was a full lap ahead of seventh place Stewart, who had led 236 laps to Hill’s 194 that season and taken two flag-to-flag victories.

‘Let’s hope that next year reliability creeps back into F1 racing,’ Tee added.  ‘The rate of attrition in the last four races has been far too high. Mexican hospitality and the weather being what it was, much of the wet, dull racing earlier in the year is easily forgotten.’

Hill had rescued Lotus’ season and provided more than small consolation to the devastated Colin Chapman after a marathon season – one of the longest ever, having lasted 10 months and two days – which wore down drivers and cars alike.

Reliability issues may have decided the season-ending standoff, but it provided a fitting, suspenseful end to a gruelling season which thoroughly tested the spirit of its enduring competitors.