“Not bad for a number two driver,” was Mark Webber’s cryptic comment over the radio on his victorious slowing-down lap, and thereby hung a tale.

Twenty-four hours earlier, at the post-qualifying press conference, Webber had looked like a man ready to explode, which indeed he was. Alongside him sat the pole position man, his Red Bull team-mate Sebastian Vettel, and clearly Webber felt it had not been a fair fight.

It was all a matter of wings – in particular, front wings. The team had new ones for Silverstone, but there had been time enough to manufacture only two, one for each driver. Or so Webber thought. On Saturday morning, though, Vettel’s collapsed on the Hangar Straight – ‘finger trouble’ (F1-speak for ‘human error’), apparently – and it looked like bad luck for Sebastian, for the wing was damaged beyond repair and no spare was available.

Except, of course, for the one on Webber’s car. And it was decided by the team that because Vettel was ahead of Mark in terms of championship points and position, he should have the one and only new front wing at Silverstone. Accordingly, it was transferred from Webber’s car to Vettel’s, and symbolically – if nothing else – that was highly significant, for it further fuelled the widespread belief (hotly denied by the team, of course) that Sebastian is the favoured one at Red Bull, and Mark ‘the other driver’.

Webber was livid, and none could blame him. Unsmiling, stone-faced, he suggested at the conference that, “The team had got the result it wanted…”

As we know, Webber has come through a hard school en route to the top echelons of Formula 1, and as the cars came up to the grid one almost – but not quite – felt a twinge of sympathy for the boy Vettel, who was about to experience the wrath of a team-mate who felt he had been wronged.

Having qualified second, Mark was of course on the ‘dirty’ side of the track, but at Silverstone this tends to be less of a problem than at most circuits (perhaps because of the unusually large number of support races here), and when the lights went out the second Red Bull was instantly alongside the first, Webber ignoring Vettel’s attempt to block him.

In effect, the destiny of the British Grand Prix depended on a drag race in the opening seconds, and Webber won it. At Copse, the first corner, Vettel’s problems were multiplied when his car was hit from behind by Lewis Hamilton’s McLaren: swiftly he radioed in to say he had a puncture.

Vettel came at the end of the first lap, his soft Bridgestones replaced by the harder ones – which would now, of course, have to last for an entire Grand Prix. Initially Sebastian, dead last, seemed to lose heart, but by half-distance he had come alive again, and in the end finished a good seventh, having dealt in the late laps with fellow Germans Nico Hulkenberg, Adrian Sutil and, ahem, Michael Schumacher…

After the race Webber was all smiles, of course, after one of the most satisfying races of his life, and the victory put him up to third in the World Championship, one place ahead of Vettel. Did this mean, someone asked, that if there were a ‘wing situation’ or something similar at the German Grand Prix (in two weeks’ time), he would get preferential treatment over Vettel? Mark grinned: “Dunno, mate. You’d think so, wouldn’t you…?”

Although, as expected, the Red Bulls were clearly the fastest cars at this, a circuit made for their peerless ability in ultra-quick corners, Webber allowed that he had not had an easy afternoon, Hamilton not having the car quite to challenge him, but certainly one quick enough to keep him alert. “I had no interest in anyone else in the race,” said Mark. “All I wanted was the pitboards giving me the gap to Lewis…”

Hamilton reckoned his qualifying lap, good for fourth on the grid, to have been probably the best of his life, which is saying something. McLaren looked to be in real trouble during practice on Friday, with the team’s new exhaust-blown diffuser (due originally to make its debut at Hockenheim) not producing the results anticipated. That evening it was decided to drop it for this weekend, and put the cars back to original specification. But still they didn’t look like front-runners, and Hamilton’s fourth best time – Jenson Button was back in 14th – was heroic, as indeed was his drive on race day. Button, for his part, also drove a fine race and came up to fourth, sandwiched between Nico Rosberg’s Mercedes and Rubens Barrichello’s ever-improving Williams-Cosworth.

Before the race it looked unlikely that anyone would offer a serious challenge to Red Bull, and so it proved, but the man apparently closest to Vettel and Webber on pace was Fernando Alonso, as usual comfortably faster than his Ferrari team-mate Felipe Massa.

Alonso, though, made a poor start, dropping instantly from third to fifth place, demoted by Rosberg and Robert Kubica’s Renault, and there he stayed until the tyre stops. The revisions to Silverstone went down better with some drivers than others, but all concluded that, sadly, they offered nothing in terms of more overtaking opportunities.

Later, in a scrap with Kubica, Alonso somewhat unavoidably cut a corner, and in so doing got ahead of the Renault driver, after which he should have given the position back. By the time the stewards reached a decision that he should be penalised – with a ‘drive-through’ – Kubica had already retired, and instead of losing just one position Alonso lost a great many. Most considered the stewards’ decision harsh, and afterwards Fernando was so angry that he refused to be interviewed. With precisely four points from the last two races, Ferrari – while pretty good on pace – is having a thin time of it just now.

Webber, so far the only driver to win three races this year, glowed with delight afterwards. Had this been a case of poetic justice? “Well,” he grinned, “maybe there’s a bloke upstairs every now and then… I made a good start, and I was… very keen to make it my corner, let’s put it that way.

“I wasn’t massively in favour of what happened yesterday, with the front wing thing – to be honest, I would never have signed a new contract for next year if I’d believed that was the way things were going to be. Let’s just see how it goes in the future. I’ll just keep doing what I’m doing, and hopefully it’s enough.” 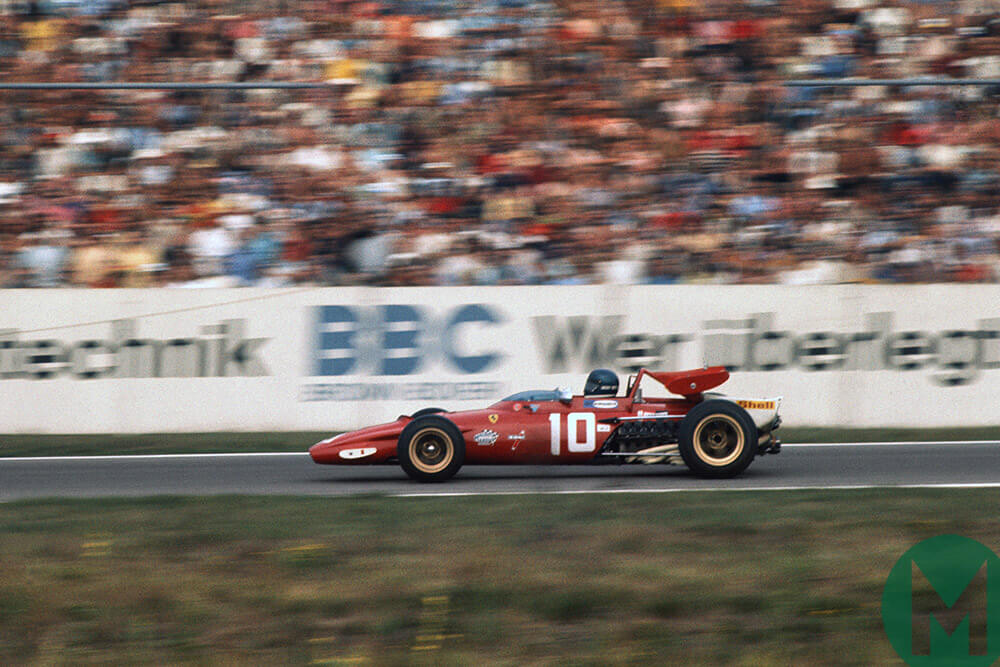 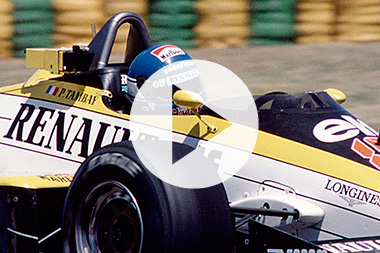