Sebastian Vettel logged his ninth win in a row with a well-judged victory at Interlagos, matching Alberto Ascari’s streak that ran over the 1952-53 seasons. The German can now target beating that particular record if he wins in Melbourne in March…

However, it wasn’t the easiest win of 2013 for Vettel. He lost the lead briefly at the start, wasted some valuable time with a pit stop mix up, and was then kept on his toes by team-mate Mark Webber. He also had to keep a wary eye on the skies, as the threat of rain hung in the air throughout.

In the end it all fell into place, and a typically emotional Vettel celebrated with yet more doughnuts. Meanwhile Webber finished second in his final Grand Prix start, and marked the occasion by driving back to the pits with his helmet in his lap and the wind in his hair. It was not a sight likely to impress the FIA, but at this stage, the Aussie cares not a hoot…

After two days of rain Sunday dawned dry, and despite a few clouds the rain stayed away as the start of the race drew near. The big story was that nobody had done any dry running, and with no data, the race would be a shot in the dark for everyone. Everybody started on mediums bar Button in 14th and Gutierrez in 17th, who went for mediums. And of course everyone had a complete set of new tyres to play with.

From second Rosberg made a great start, and unlike in Korea this time he made it stick, and managed to emerge from the first corner in front of Vettel. It looked like we might now have an interesting race, but at the end of the first lap the Red Bull driver ducked past and reclaimed the lead. Fernando Alonso followed in third, ahead of Lewis Hamilton, who had got ahead of Webber at the start.

There was drama on the second lap when eighth-placed Romain Grosjean suffered a spectacular engine failure, although fortunately nobody had problems in the trail of white smoke that he left behind. Not a great end to the season for the team that won the first race back in March.

Out front Vettel soon began to edge away from Rosberg, who was struggling for pace. The man on the move in the early laps was Webber, who passed Hamilton on the second lap, and then began chasing Alonso. The Spaniard in turn got ahead of the troubled Rosberg on the fourth lap, before the German dropped another place to Webber. Mark then began to pressure Alonso, finally getting by at the end of lap 12. This was all good stuff, typical Interlagos action, and reflective somewhat of how the grid didn’t entirely reflect dry weather potential.

Alonso and Hamilton were the first of the frontrunners to pit, both coming in on lap 21, and they were followed by Rosberg on lap 22 and Webber on lap 23. Alas, a left-rear wheel gun problem saw the Aussie stationary for 5.1s, and he dropped back to third, behind Alonso.

Typically Vettel waited until everyone else had stopped before coming on lap 24. Fired up by the bad stop, Webber was on a charge, and he soon regained second by passing Alonso for the second time in the race. At that point the gap to leader Vettel was around 10s, and over the next 20 laps it only expanded by 2.3s.

On lap 46 there was drama when Hamilton tangled with Bottas, who had just been lapped. The Williams was left stuck close to the edge of the track and, fearing a safety car, Red Bull called Vettel in at the last moment.

The mechanics were waiting for Webber – due in for his scheduled stop – so some 10s were lost while the German’s tyres were found. Webber in turn lost a bit of time stacked behind him, but with Alonso making the same pit stop call, the top three positions remained unchanged.

There was no safety car, but Hamilton received a drive-through penalty for causing a collision, which ruined his afternoon.

“I don’t know what happened exactly with Valtteri and I will have to have a look at the replay,” said Hamilton. “I thought that I had moved to the left, he outbraked me and then we touched, but it happened so quickly and it was obviously judged that I did something wrong. I was having a good race until that point in fourth place and a podium might have been possible as I was closing on Fernando.”

The pit stop drama had allowed Webber to get to within 6.3s of Vettel, and the gap actually shrank and remained stable at a little over 5s for a while. Then Vettel began to edge away once more, despite a few spots of rain giving the drivers something to think about. With a historic ninth win to be had there was never any question of Webber being handed a farewell victory, and he would not have wanted it, so the positions remained unchanged to the flag.

The best of the rest

Alonso did a great job to take third, while arguably the best performance of the day came from Jenson Button, who put in a storming drive from 14th on the grid to claim fourth, and end McLaren’s season on a high. Team-mate Sergio Pérez was equally impressive as he came from 19th – after a gearbox change penalty – to take sixth.

The McLarens were split by Rosberg, who recovered from his frustrating first stint to hold on to fifth.

Together with ninth for the penalised Hamilton it was enough to secure second in the Constructors’ Championship for Mercedes, leaving a frustrated Ferrari in third.

It might have been different had Felipe Massa not been given a drive-through for crossing the white line on the pit entry, which left him seventh in his final Ferrari start, after a good early charge.

Meanwhile further down the order Marussia beat Caterham to 10th in the championship, a great result for the smallest and friendliest team on the grid. 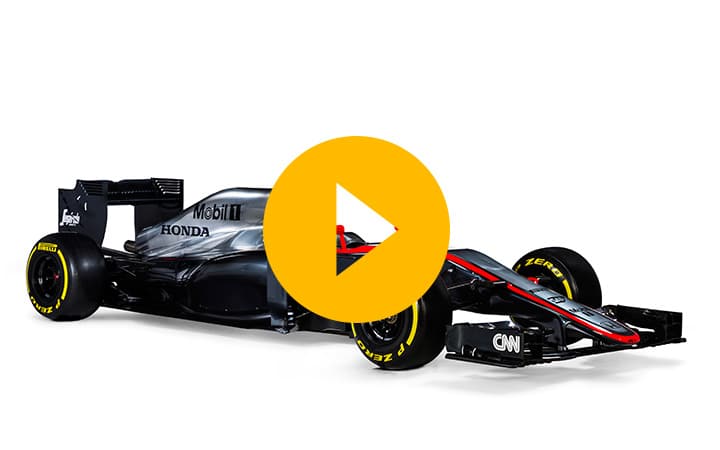 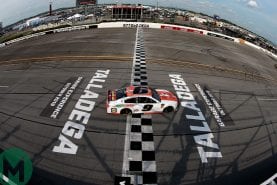 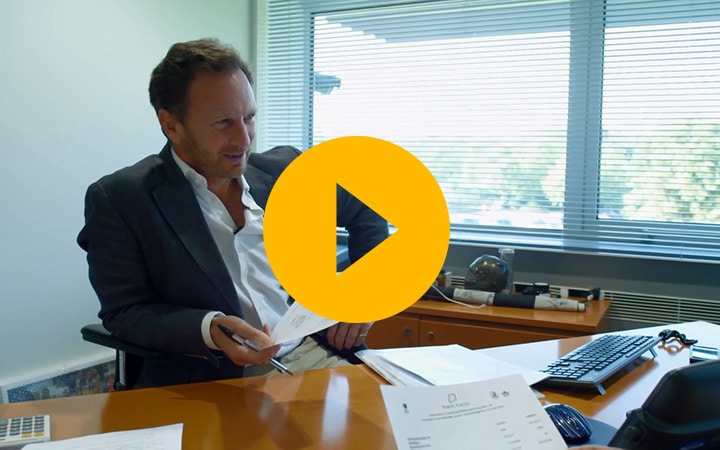