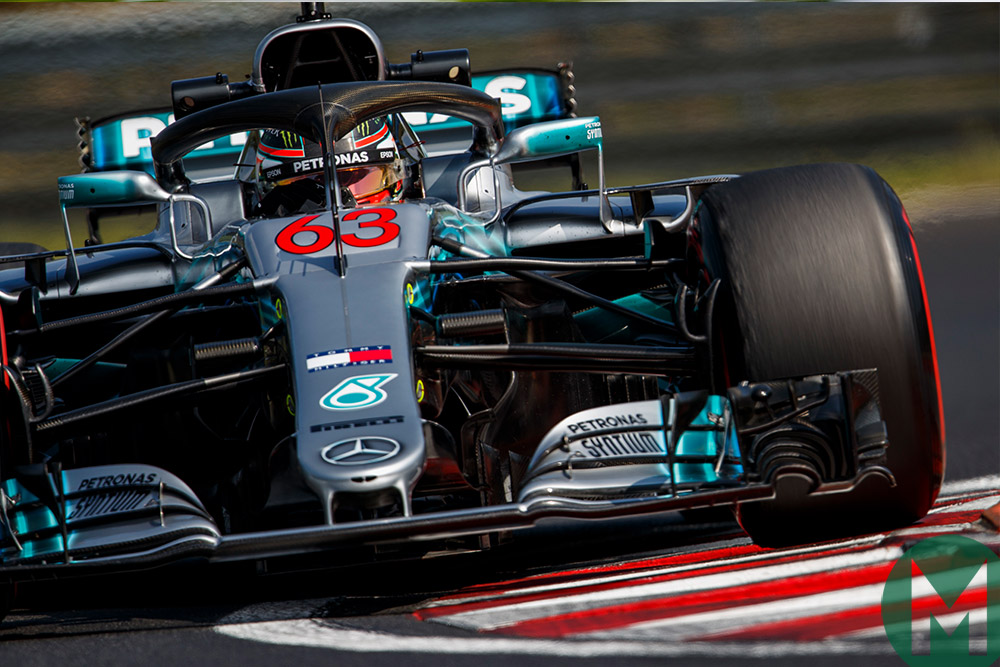 Mercedes’ George Russell set the track record at the Hungaroring in the final day of Formula 1 testing on Wednesday, ahead of Ferrari’s Kimi Räikkönen by 0.074sec

Giovinazzi completed 96 laps on day one of testing, finishing a full 2.5sec ahead of Sauber’s Marcus Ericsson. In comparison, Sebastian Vettel set a time of 1min 16.170sec on ultrasoft tyres in the third practice session of the Hungarian Grand Prix; Giovinazzi was equipped with hypersofts.

Sean Gelael (Toro Rosso) tested the 2019 Pirelli tyre on day one and brought out the only red flag of the session, crashing the Toro Rosso STR13 at Turn 11. Rain followed, forcing teams to run on intermediates for the rest of the afternoon.

Russell finished fifth on day one having completed 49 laps, with another 116 under his belt on day two. Giovinazzi swapped for a Sauber on Wednesday, completing 120 laps to finish fourth.

Both Toro Rossos – Brendon Hartley and Pierre Gasly and – finished at the back having undertaken Pirelli test duties.

Force India, which had Nikita Mazepin (fifth) testing on Tuesday and Nicholas Latifi  (seventh) on Wednesday, also tested the new front wing, as did Rowland and Daniel Ricciardo (sixth on Wednesday) of Red Bull.

Ricciardo is still waiting on a contract extension with Red Bull. He told Autosport that he was expecting it to take place around the Belgian Grand Prix in August.

“It will definitely be done by Spa. Whether it gets announced over the summer break or in Spa [I don’t know],” said Ricciardo.

Other measures in place for 2019 are wider and deeper rear wings, simplified front brake ducts without winglets, an increase in race fuel allowance and the separation of car weight from driver weight to stop heavier drivers being at a disadvantage.