Vettel takes pole in qualifying for the Canadian Grand Prix, but Tony Dodgins explains why he wouldn’t put money on a Ferrari race win 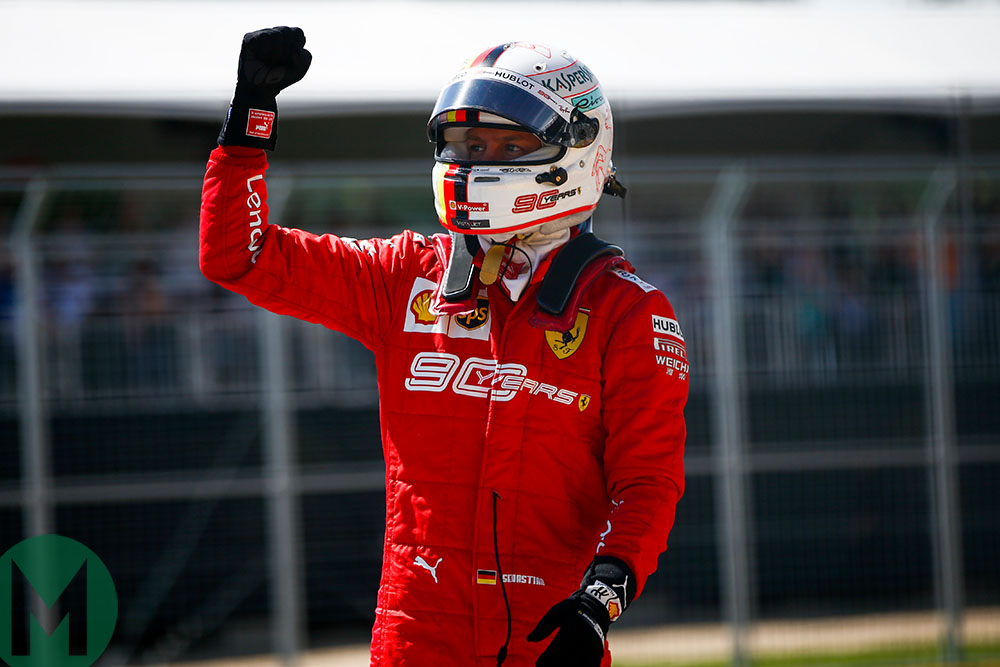 Sports betting might have an oikish patina, but it was hard to resist odds this week of 5-1 for Charles Leclerc to take pole in Canada.

In Montreal, we had no corners worth the name and long straights. Surely Ferrari’s straight-line speed would overturn the cornering superiority displayed by Mercedes thus far?

And then I realised there was a bit of emotion involved. For me, the worst thing about F1 is its competitive order stagnation. Hamilton has to beat one person. Sometimes, three, and occasionally four. Real talents spend entire careers in F1 without ever having a proper chance to shine. So I got excited when Leclerc landed his Ferrari opportunity. Like I did when Lewis got his chance against Alonso in a front-running car and made such a great fist of it.

How frustrated would I be if my Ferrari Montreal hunch was right but it was Vettel on pole, not Leclerc? So I covered off Seb as well. Thank goodness…

His pre-qualifying demeanour didn’t inspire great confidence: “On paper Montreal’s a bit more promising but the asphalt is smooth and you have to get the tyres up to temperature, which we’ve struggled with at the past two races.”

With higher temperatures forecast for race day, the best way to make a one-stop work is to start on the Medium tyre and both Ferrari and Mercedes had the pace to get through Q2 on the harder tyre and do just that. Verstappen though, was potentially on the bubble trying to do likewise. He needed a second Q2 run, on the Soft. Much to his frustration, Kevin Magnussen put his Haas into Champions Wall out of the final turn and brought out the red flag, spoiling Max’s lap and miring him in Q2. He starts 11th. Ironically it also badly messed up Romain Grosjean in the second Haas, the French-Swiss easily bound for Q3. 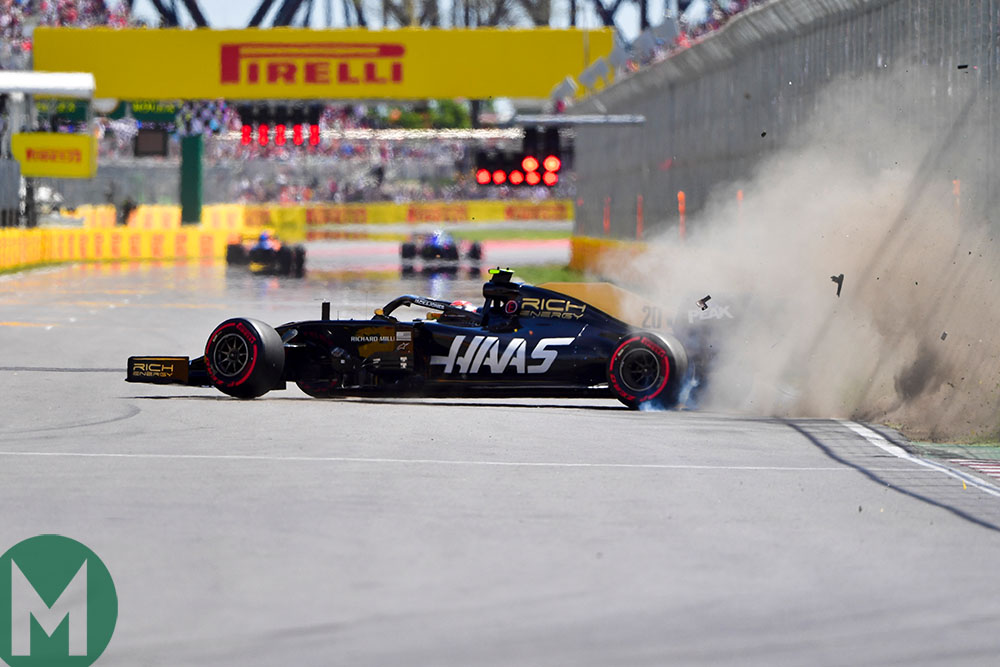 Vettel’s pole (1min 10.240sec) was all about sector 3. Martin Brundle had already waxed lyrical about the Mercedes traction out of Turn 2 and Vettel did well to match Hamilton in sector one. The Mercedes was a few hundredths quicker in sector two but, in the final sector, Ferrari’s grunt was responsible for gains that gave Vettel his first pole in 17 races, by a couple of tenths.

“The Ferraris are killing us in the last sector, on the straights, and I’m just glad I could split them,” Hamilton admitted.

“Credit to Ferrari,” offered Toto Wolff. “It was a stunning lap by Seb. Lewis had two purple sectors but with a mistake at the Hairpin, it wasn’t quite enough.”

Leclerc was third, almost seven tenths from Vettel and admitted that he was struggling with the set-up and didn’t follow the track evolution after finishing Q1 second, just a hundredth shy of Vettel.

He was only 0.15sec ahead of a stupendous lap from Daniel Ricciardo (1min 11.071sec) in the first Renault, which put it eight thousandths ahead of Pierre Gasly’s fifth-placed Red Bull. The Aussie had been almost half a second adrift of team mate Nico Hülkenberg after the first Q3 run, troubled by understeer, but a front wing change sorted that out.

After Monaco, when an early pit stop proved the wrong call and limited Ricciardo to ninth, he and Magnussen (who suffered similarly) had been so mutually, arm-wavingly animated in parc ferme, that Hülkenberg had been moved to ask whether they were actually having a scrap! In the final analysis, Daniel got the better of seventh-placed Hulk by a quarter of a second. Nico, meanwhile, took the opportunity to dismiss 2020 Red Bull rumours as, ‘fake news, but good for the ego!’

Lando Norris continues to impress. Montreal is not an easy place to extract that last bit and it’s tougher than most tracks for debutants. Fellow rookie Alex Albon, out in Q2 along with Toro Rosso team-mate Daniil Kvyat, admitted to crashing several times in the simulator – ‘thank God there’s a reset button!’. Norris managed to stay out of the walls for real as McLaren got both cars into the top 10.

Carlos Sainz went three tenths quicker in Q2 than Norris managed in Q3, but qualified a slot behind him before also taking a three-place hit for impeding Albon. “I got too greedy,” Carlos admitted. “I think the car had a 1min 11.3sec in it, which is the time Hülkenberg did, but I locked up at Turn 8 and ended up with a 13.9…” 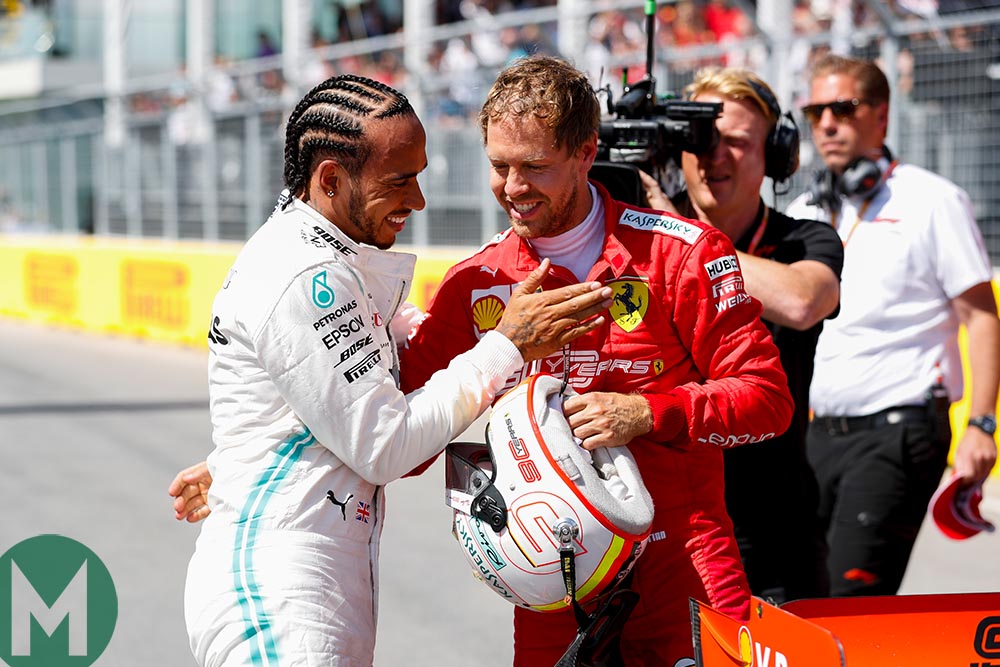 So what does it all mean?

Canada is a one-off. Let’s not trumpet a Ferrari resurgence. The Mercedes Friday long runs looked strong but race temperatures are likely to be hot and tyre degradation could be a factor. Guenther Steiner claims he never knows how his Haas cars will go in the F1 Tyre Management Championship and there have to be question marks over the front-runners too.

And Christian Horner, perhaps a little mischievously, points out that this year’s thinner gauge tyres are stiffer and need more energy to heat up. The Mercs, he points out, won the three races at which they were used in 2018 and seem to be doing quite well on them this year. Any move to return to a tyre with the previous characteristics, he says, is likely to be opposed…

Can Vettel win? I was happy enough to double up on a Ferrari pole but taking them to win the race never entered my head. That said, passing them into the final chicane – the most realistic overtaking spot — given their straightline speed, will be no easy task. If Hamilton doesn’t get it done off the start, he could even find himself vulnerable to Leclerc.

Seb could win. But don’t bet on it.