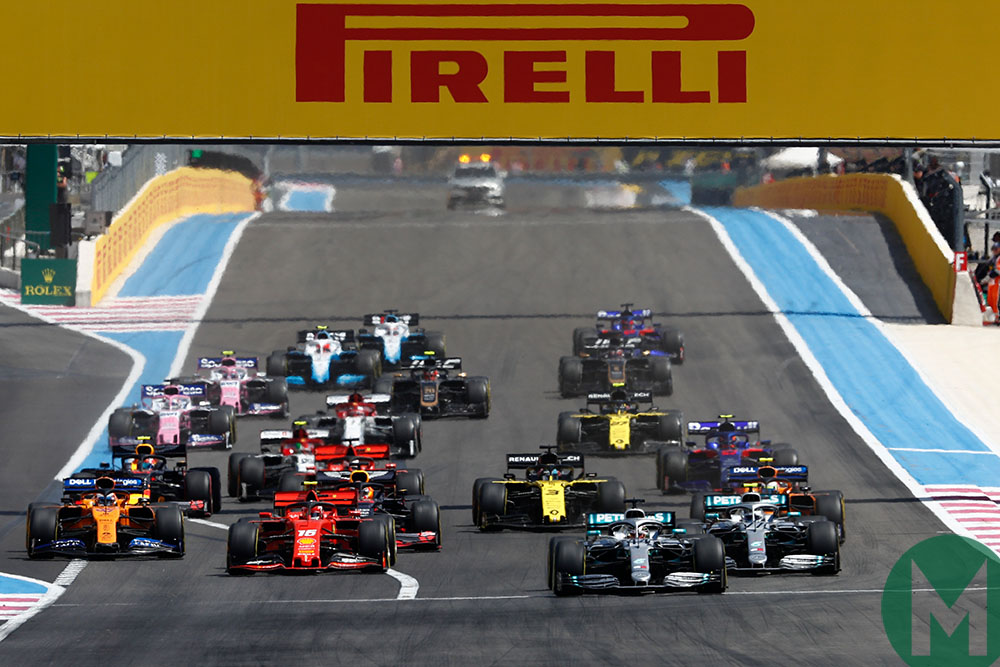 Lewis Hamilton dominated the French Grand Prix from pole, taking the lead into Turn One, and eventually taking the chequered flag more than 18 seconds ahead of second-placed team-mate Valtteri Bottas.

Charles Leclerc was unable to split the Mercedes duo, and Sebastian Vettel could not challenge from seventh on the grid.

The provisional result extends Hamilton’s lead in the drivers’ championship to 36 points over Bottas and 76 over third-placed Vettel.

The prospect of a strong points haul by McLaren was thwarted by hydraulic problems for Lando Norris who was running in seventh, but then dropped to ninth. A strong-armed overtake of Norris late in the race by Daniel Ricciardo resulted in the Australian being investigated by stewards and penalised for leaving the track and gaining an advantage, plus failing to rejoin the track safely, resulting in ten seconds-worth of penalties.

Read the full story in Mark Hughes’ race report, which will follow.