Our preview of the 2019 French Formula 1 Grand Prix: will Mercedes’ “veneer of invincibility” finally be removed? 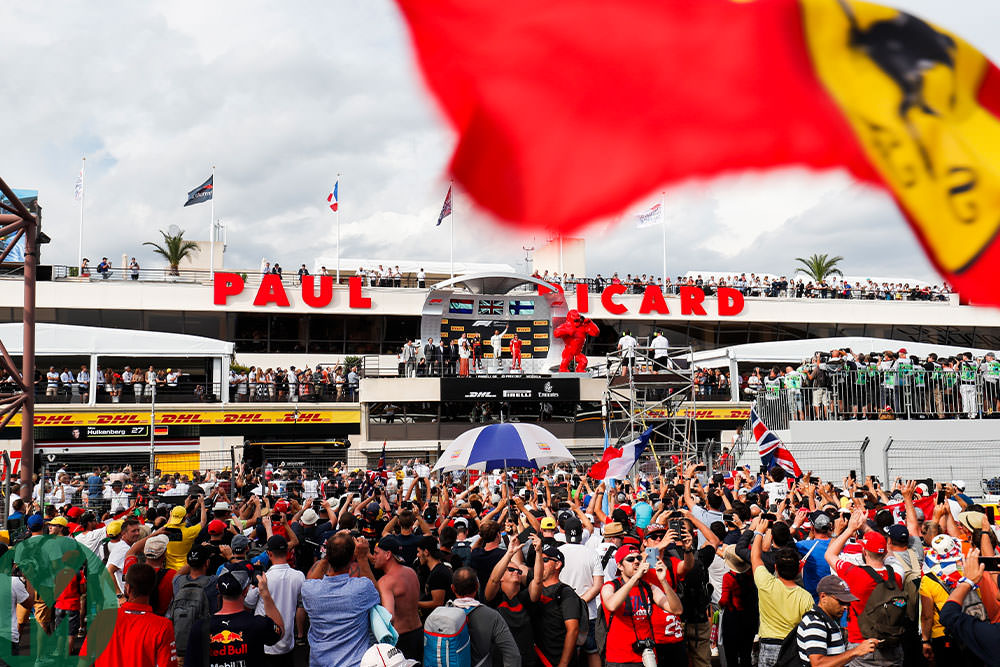 So near, and yet so far. Ferrari should have won its first grand prix of 2019 last time out in Canada, but managed once again not to. Whether right or wrong, Sebastian Vettel’s controversial time penalty preserved the status quo of this year – Mercedes’ winning streak is intact. But its shiny veneer of invincibility certainly isn’t.

On paper, the year’s a write-off. Mercedes has won all seven of the races so far this season, and Lewis Hamilton and Valtteri Bottas are well out in front in the drivers’ championship. In fact, if third-place Vettel were to win in France this weekend and neither Mercedes finished, he’d still be eight points behind the Finn, and a colossal 37 off Hamilton. What would spice this title fight up is a few problems for the Mercedes then. Didn’t look likely across the first six races, but Canada was different.

Bottas’s W10 was hamstrung with a fuel system issue in practice, while Hamilton’s car had a hydraulic leak. In the race, things went roughly to plan, but it was clear that Mercedes just didn’t have the straight-line pace to match Ferrari – something that will play in the Scuderia’s favour again this weekend with the long Paul Ricard straights.

“Canada was a wake-up call for us,” says Mercedes’ Toto Wolff. “After a run of good reliability, we had all sorts of issues, but luckily they occurred when we had time to fix them. We’re expecting another fight in France. The circuit shares some similarities with Canada in that the long straights will be a challenge for us, but the corner characteristics are spread across a wider range of speeds, which should play to our advantage.”

While Mercedes still holds that advantage of ultimate downforce and grip over the Ferrari, the straight-line grunt of the red cars does have the Silver Arrows rattled. Hamilton says: “They definitely have another power mode that we don’t have. They turn the power up and suddenly just pull away on the straights, even if I have DRS open. They’ve clearly done a great job with their power unit. We’ve got work to do there, they’re way ahead of us at the moment.” 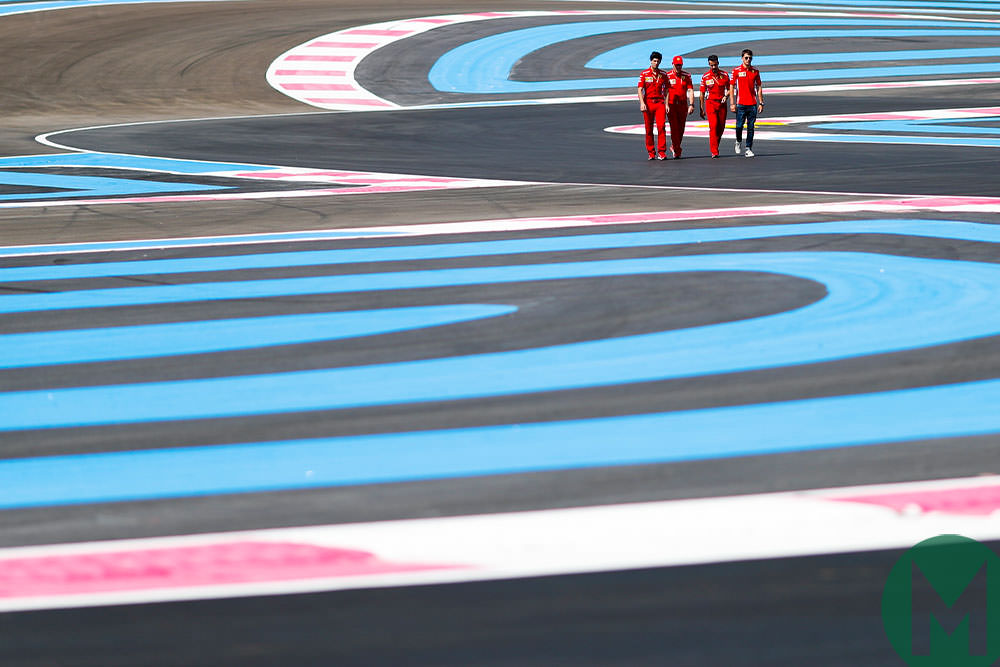 Ferrari’s big issue this year is downforce generation. Having focused on making its SF90 as efficient as possible, the car struggles to create enough aerodynamic pressure to work the new thinner-gauge Pirelli tyres enough, meaning it suffers from both a lack of grip and traction, especially out of slow-speed corners, which Paul Ricard has.

The good news is Ferrari knows the problem and is working to bring more downforce to the car. Team head Mattia Binotto has pledged “a few small evolutions, elements that represent a useful step in defining the direction we will take in developing the car. We know what we’re bringing won’t be the solution to our problems, but the technical feedback we’ll get from the upgrades will be important for the next steps we take.”

Regardless, the team’s performance in Canada will come as a timely boost for morale within the team. Regardless of the penalty outcome. It also served as a timely reminder that it’s not a total silver-wash just yet.

Honda will bring its second engine upgrade of the year for France, with this one aimed purely at extracting more power from the unit. The upgrade comes just a few races after Honda’s first (rushed forward to Baku). That one was designed mostly to improve reliability, whereas this one goes for grunt.

“The changes are mostly around the ICE and turbocharger,” says Honda F1 technical director Toyoharu Tanabe. “Our test bench data shows a power increase over the previous version of our PU, however we know that we have not yet matched the figures from the manufacturers currently leading the championship. But it’s a step in the right direction and we will continue our development throughout the rest of the season, calling on the resources of the whole company.”

Any extra power will be good news for Red Bull – and Toro Rosso for that matter – and it says something about Honda’s determination this year to bring its second upgrade early in the season, instead of waiting for the usual Spa or Monza introduction. If they’ve got it right, Red Bull could reap the rewards.

Potentially the biggest upgrade of the weekend will come for Renault, which has promised what is essentially a spec B car for its home grand prix.

Having been waylaid by engine reliability issues at the start of the year, the Enstone team has now ramped up production of upgraded aero and chassis designs, with most landing in time for Ricard. And that’s good news, considering the team showed huge improvement in Canada, with Daniel Ricciardo qualifying fourth and proving to be a pain for the Red Bulls in the race too.

“France is clearly an important milestone,” said Renault boss Cyril Abiteboul. “While Canada, a power sensitive circuit, underlined the gains made in engine performance, France will see the introduction of several development items on the chassis. One thing is clear: we cannot dwell on Montreal; [we have] to aim for a repeat of that result and keep striving to reduce the gap to the front.”

Ricciardo adds: “We have some upgrades, which should mean the start of a trend of our true pace. It’s coming along well and, as the car gets better, I’m also growing in confidence and I’ll keep getting better with it.” 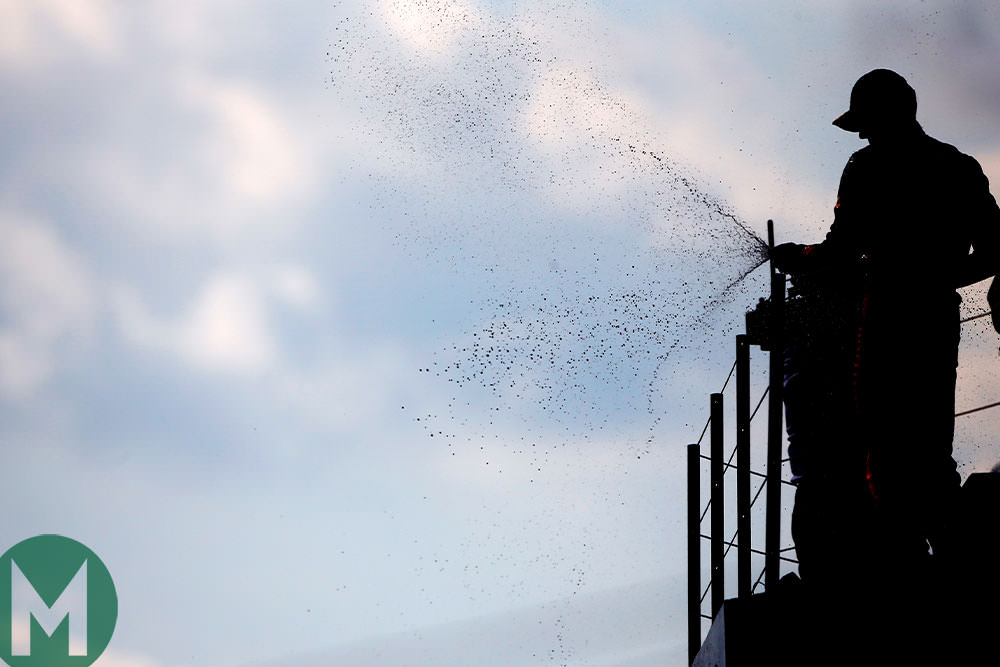 At times, Haas looks to have the fourth-fastest car on the grid and then, as has been the case this year, it all goes wrong.

It’s either pure bad luck on Haas’s front, or the team is going all-out to generate enough plotlines to have its own breakaway Netflix series next year.

The team simply cannot fathom how to get this year’s tyres to work in race conditions, leading to some woeful form in recent races. Kevin Magnussen qualified sixth in Monaco, yet wound up 14th in the result. He then crashed in qualifying in Canada and was ruled out of the top-10 shootout, and his shunt also ended the lap Romain Grosjean needed to make Q3. After complaining loudly about how his rebuilt car didn’t feel very good in the race, he was told even more loudly by Günther Steiner to essentially ‘shut up and get on with it’.

“For us, the tyres are so inconsistent and I think it’s the same for others. One car is very quick at one race and at the next race he is nowhere. When you’re on a high, you think you’ve figured it out, and then the next race you’re back to reality. It’s such a rollercoaster.

“If you look at Monte Carlo, in qualifying we were not even two-tenths off a Ferrari. In Canada, how many seconds we were off it? It can’t only be the car, it’s the tyres. Ferrari didn’t have a bad car in Monte Carlo. Maybe they didn’t get the tyres to work there and we did.” 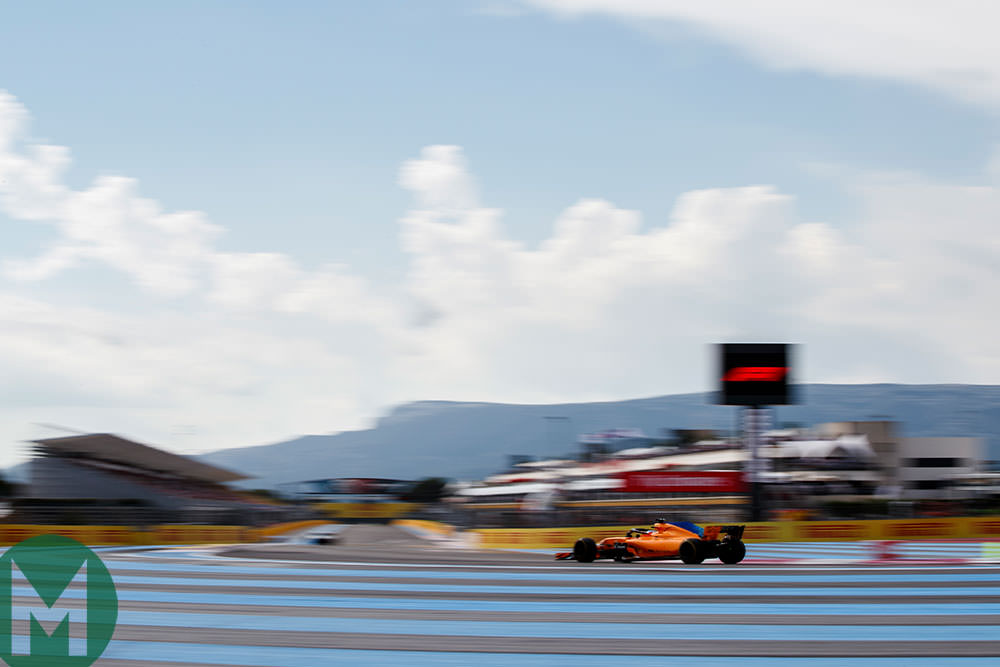 The rest of the grid

McLaren heads to France riding high in fourth place in the constructors’ championship. While Carlos Sainz knows Ricard, Lando Norris is new to the track in F1 terms and has been in the simulator learning the layout. ““As a team we just have to keep giving it our all at every single race as small mistakes can cost us,” he says. “I’ll be focusing on getting up to speed as quickly as I can on Friday. I’ve previous experience at Ricard having raced in Formula Renault and F2 there.”

You can always tell when a PR team is masking an issue when you get spun quotes on a subject, without even asking for them. Case in (Racing) Point – Lance Stroll saying “As I always say, it’s Sunday that counts…” While that’s true, and his drive to points at home in Canada was well worthy of merit, his performances on a Saturday are still disappointing. Racing Point has been working hard on finding a better balance with its car – even the consistent Sergio Pérez has had troubles, so it’s not all Stroll-related. More upgrades are promised, but it’s unclear whether or not they’ll be ready for France.

As previously mentioned, Honda’s upgrade will be a timely boost for Toro Rosso. Daniil Kvyat is the team’s current form man, having scored points in each of the last three races. However, he’s not actually raced at Paul Ricard since his Formula Renault Eurocup days back in 2011. Alexander Albon knows it from F2, and reckons the mixed-speed layout will suit the team’s car better than Canada did.

As ever, Kimi Räikkönen is brilliant value, whether in person, on team radio, or in a pre-vetted PR. Amid a lot of flowery talk from Alfa Romeo about Antonio Giovinazzi’s recent demo run in Italy – which apparently stirred an “outpouring of public emotion”… right – Räikkönen plays it straight.

How’s his car been this year? “Recently we struggled with grip and therefore we didn’t have enough speed. Some corners were fine, while in others the car felt strange. We’re getting some new parts on the car for France so this should help.”

As for Williams, its results in Canada – both cars at the back, again – actually masked an improvement for the struggling team. In terms of outright lap time, it has closed the gap nicely. It’s not quite enough to make either the rapid George Russell or Robert Kubica candidates to sneak out of Q1 just yet, but the return to mainland Europe does bring the chance for even more upgrades.