The indication from Barcelona testing was that Mercedes would continue to set the pace, as it has done since the start of the hybrid era. Lockdown has done nothing to change that!

When the dust settled after the first day of the delayed 2020 season at Red Bull Ring, the opposition was digesting the sobering reality of a half-second gap to what is now the Black Arrows – a nod to promoting diversity in the sport – over the season’s shortest lap time…

It was only ever going to be about which of Lewis Hamilton or Valtteri Bottas would join Niki Lauda and Rene Arnoux with three Austrian GP poles to their name. After Hamilton topped all three practice sessions – the first time in the hybrid era that has been accomplished – the honour actually fell to Valtteri, his 1min 02.939sec lap pipping Lewis by a couple of hundredths. A Mercedes driver has taken pole for the first race of every new season in the hybrid era but this was the first time it was not Hamilton. It was nip and tuck on the second Q3 runs until Bottas ran wide at Turn Four and the resultant cloud of dust might just have cost Lewis enough.

Both were happy. “This team is something special,” enthused Valtteri. We seem to be in our own league. I’m so impressed.”

“Great job by Valtteri,” Lewis conceded. We show year-on-year that we continue to be the best team. There’s not really any politics. We’re united and that’s not always the same.”

If he heard those words, Sebastian Vettel would no doubt have afforded himself a rueful smile…

Early on in the weekend, Vettel quickly nixed the widely-held assumption that whatever Ferrari had offered him for 2021 onwards had not been palatable for reasons of remuneration or team status. Despite saying publicly (and privately to Vettel) that Sebastian was their first choice to partner Charles Leclerc going forward, Vettel was as surprised as anyone when Carlos Sainz was signed. Nothing had been offered and therefore there had been no negotiation. Over to you, Mattia Binotto.

“What happened since then? I think the virus, the pandemic situation, which changed the entire world. The budget cap has been changed quite a lot, is a lot more strict. The (new) regulations have been postponed from 2021 to 2022, which is somehow important for us. Cars which have been frozen, or almost frozen. Let’s say the entire situation has changed and on top of that there has been no opportunity even for Seb to be back on track to prove how much he was really motivated to drive for Ferrari, which has been somehow unfortunate for him.

If the current Ferrari predicament is anything to go by, Vettel might actually be counting his blessings at the end of the season

“So during the shutdown, we had to reconsider our position. We took a decision. We communicated it to him. Do I remember that he was surprised? I would say yes, certainly. And I understand it. I think it’s pretty normal to be surprised. While he accepted our decision, I think that even still, today, he is not fully happy with it.”

No surprise there, then. Although the word is that the Sainz agreement was actually in place well before the pandemic was in full swing and that Binotto’s belief that Leclerc/Vettel was ultimately untenable was cemented by the coming-together in Brazil last year, added to the controversies including Singapore and Sochi.

Vettel candidly admitted that, for him, F1 is not about money or merely taking part. He wants to win. If he’s not competitive, he’ll have to carefully re-think his future.
Might his future include a return to Dr Marko and Red Bull? Vettel was 33 on Friday and Mark Webber raced there at 37, but would Seb be up for taking on Max Verstappen? A return there looks unlikely.

Has his availability turned up the heat on Bottas at Mercedes, where a German four-time champion would surely be an attractive proposition from a marketing standpoint?
Toto Wolff on his 2021 driver negotiations: “We have been keeping the discussion up. We are in a position of trust with both of drivers. All of us want to do it and when the time is right, we will announce it.” Which doesn’t look too promising for Seb, totally disregarding the fact that the one person you might fancy even less than Verstappen as a team mate, is a certain Lewis Hamilton.

And yet, if the current Ferrari predicament is anything to go by, Vettel might actually be counting his blessings at the end of the season with the current cars locked in for 2021 too, as Binotto mentioned. In Austria, Vettel didn’t even make Q3. Through no lack of motivation on his part. Team mate Leclerc – the 2019 Spielberg pole man remember – scraped through Q2 0.16sec quicker and ultimately put his car seventh on the grid. When the team told Leclerc he was 10th in Q2, you could hear the incredulity in his response. Why? Because the balance didn’t feel bad and yet he had no speed. His grid time was 0.92sec slower than his pole time of a year ago, which would have put him third on tomorrow’s grid.

Ferrari was not expecting great things, suggesting that they had chased a lack of downforce — last year’s shortcoming — too aggressively, with the result that the aero had not correlated with their off-track data and was not robust enough. They have back-tracked and heavy revisions are due, but not before race three in Budapest.

Had anyone else gone backwards? Well, yes, Toro Rosso/Alpha Tauri had regressed by 0.11sec and Red Bull by 0.04sec. The latter, it should be pointed out from a pretty high bar as last year’s third-placed qualifiers and race winners, and with a time that was still good enough to put Verstappen third on tomorrow’s grid. And after a couple of practice days during which the RB16’s set-up looked a little nervy and sentenced both Max and Alex Albon – who starts fifth – to off-course excursions.

On then, to those teams in the black segment of the sales ledger. Massive winners were Racing Point, advancing by the identical 0.92sec margin that Ferrari had regressed, the net 1.84sec swing explaining why suggestions that the ‘Pink Mercedes’ could be podium challengers was anything but flying pig territory.

Perez’s Friday race pace was also on a par with Verstappen’s but Max, alone among the field, managed to clear Q2 on Pirelli’s medium compound tyre, which should give him a decent strategy advantage tomorrow and – perhaps – even a shot at a hat-trick of Spielberg victories!

Truth told then, Racing Point’s race scrap is likely to be with Albon and the McLaren twins. The MCL35 went forwards a handy 0.47sec versus 2019 and allowed a superb Lando Norris to line up fourth, his best F1 qualifying position, just 0.15sec behind Verstappen.

Hats should also come off to Williams who, behind Racing Point, made the biggest performance step from the ‘19 Spielberg level, albeit from a below par starting point. The team’s advance was 0.74sec which, unfortunately, wasn’t sufficient to get them out of Q1. It was close though, George Russell a whisker behind the Haas cars of Romain Grosjean and Kevin Magnussen, and quicker than the Alfas.

At which point, we should mention that Vettel said post-qualifying that he expected Ferrari’s race pace to be stronger than its single lap speed (he will also have freedom of tyre choice starting 11th) and, on Friday, Alfa’s race pace looked surprisingly robust. 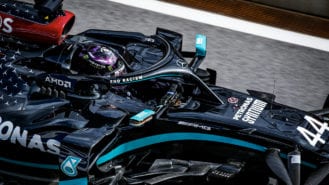 Which all added to the conjecture over quite what the private engine agreement between the FIA and Ferrari was at the end of last year and quite what Ferrari was doing in 2019 to allow Leclerc to claim seven poles.

Lots of people would like to know. And, happen to believe that transparency is even more highly valued in today’s world, not to mention reflective of good governance. Over to you again, Mr Binotto?

“It’s intellectual property to our power unit and no-one in this paddock would be happy to release information on their design.” Ahh, okay…

Meanwhile, that other political hot potato, the Mercedes DAS (dual-axis steering) system has been forced into the open (well, a little) via a Red Bull protest against the Hamilton and Bottas Mercs after FP2. Although already banned for 2021 onwards, helped by a change from the requirement for a unanimous agreement to a 60 per cent majority, the verdict is that it’s legal. It’s part of the steering system and not suspension, says the FIA.

So, look forward to in-car images of Hamilton and Bottas pulling and pushing their steering columns to assist tyre warm-up, especially after any Safety Car interventions. Verstappen apart, probably the only chance anyone else has of beating them is if the column continues its journey right into their hands! A joke that, for those of a sensitive disposition. 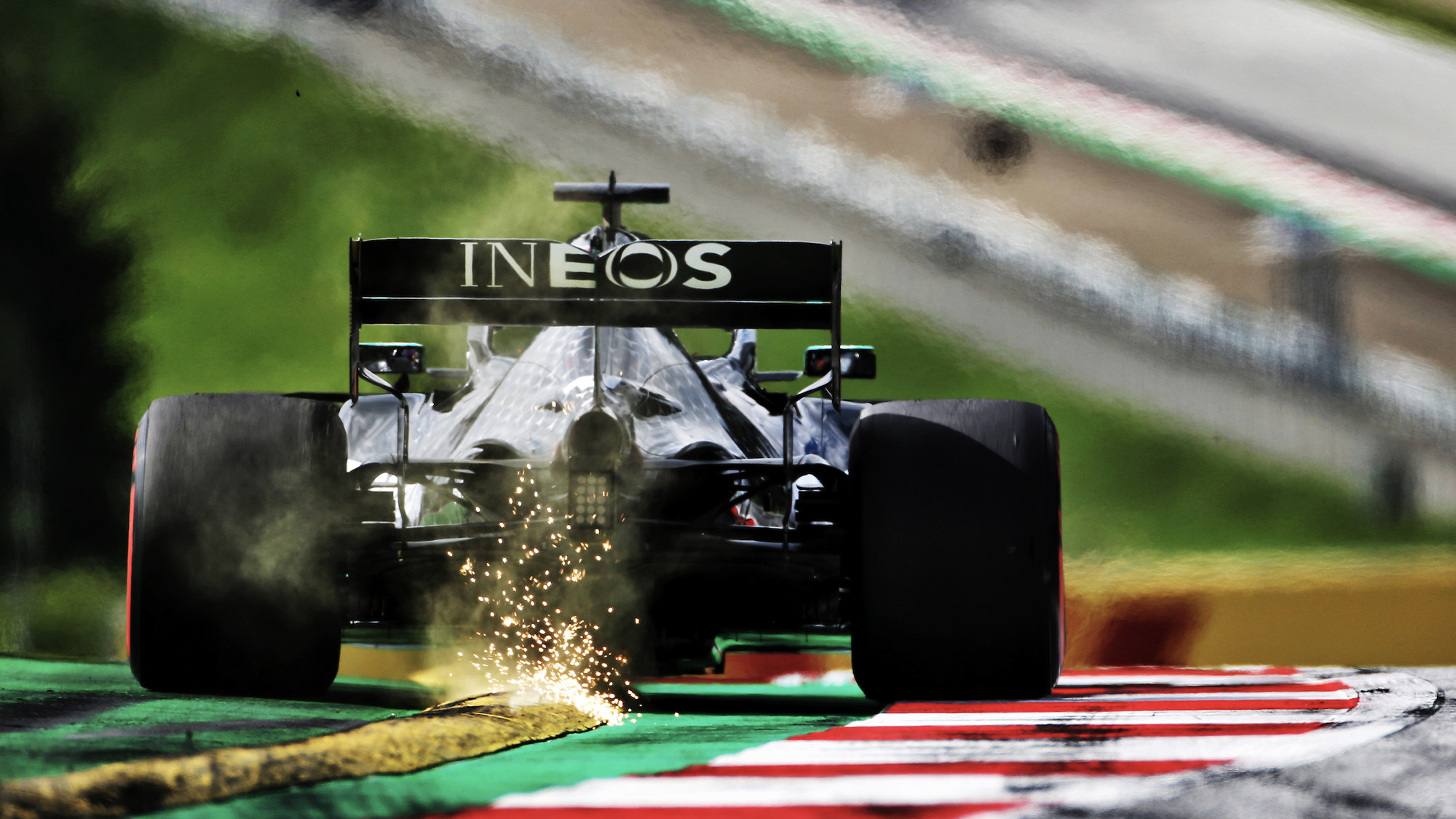 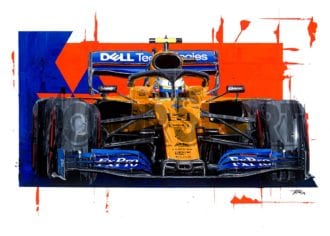