Monza has long been dubbed “the temple of speed.” Famed for its slipstreamers, where you didn’t want to lead on the final lap with a pack behind you – it has always been somewhat unique. When corners like Curva Grande, the Lesmos and Ascari were slowed by chicanes, the nature changed, but not fundamentally.

Today, you need a car that is balanced and rides kerbs compliantly and which, as ever, works in low downforce trim with as little drag as possible. It was those requirements that led Jochen Rindt to run his Lotus 72 without a rear wing 50 years ago to the day, the day on which Rindt died as the Lotus snapped left and into the barrier on the approach to Parabolica.

Wingless, the Lotus picked up 800rpm on the straight but was twitchy and tricky under braking, something Rindt was prepared to contend with in the quest for more speed. Most likely, it was not that which took the life of the sport’s only posthumous world champion, a broken shaft to the 72’s inboard brakes reckoned to be the most likely cause.

Today, the teams run a rear wing that bears no resemblance to the type of thing you see at places like Monaco or Hungary, and light of downforce, you need supreme confidence on the brakes on a bumpy surface. And, still, a tow, hence the farcical conclusion to qualifying in 2019 when everyone messed around jockeying for position and almost everyone timed out. To try to contend with that, the FIA introduced a maximum lap time, 1min 43sec, for anything other than the flying lap itself.

Q1 and Q2 were still something of a mess, with four drivers called to the stewards, but it was at least more sensible at the sharp end in Q3. And it again Lewis Hamilton on top, his small tow from Mercedes team-mate Valtteri Bottas, giving him his sixth pole position in seven races and Mercedes its first Monza front row lock-out since 2016. For Valtteri, it will actually be his first front-row start at Monza. 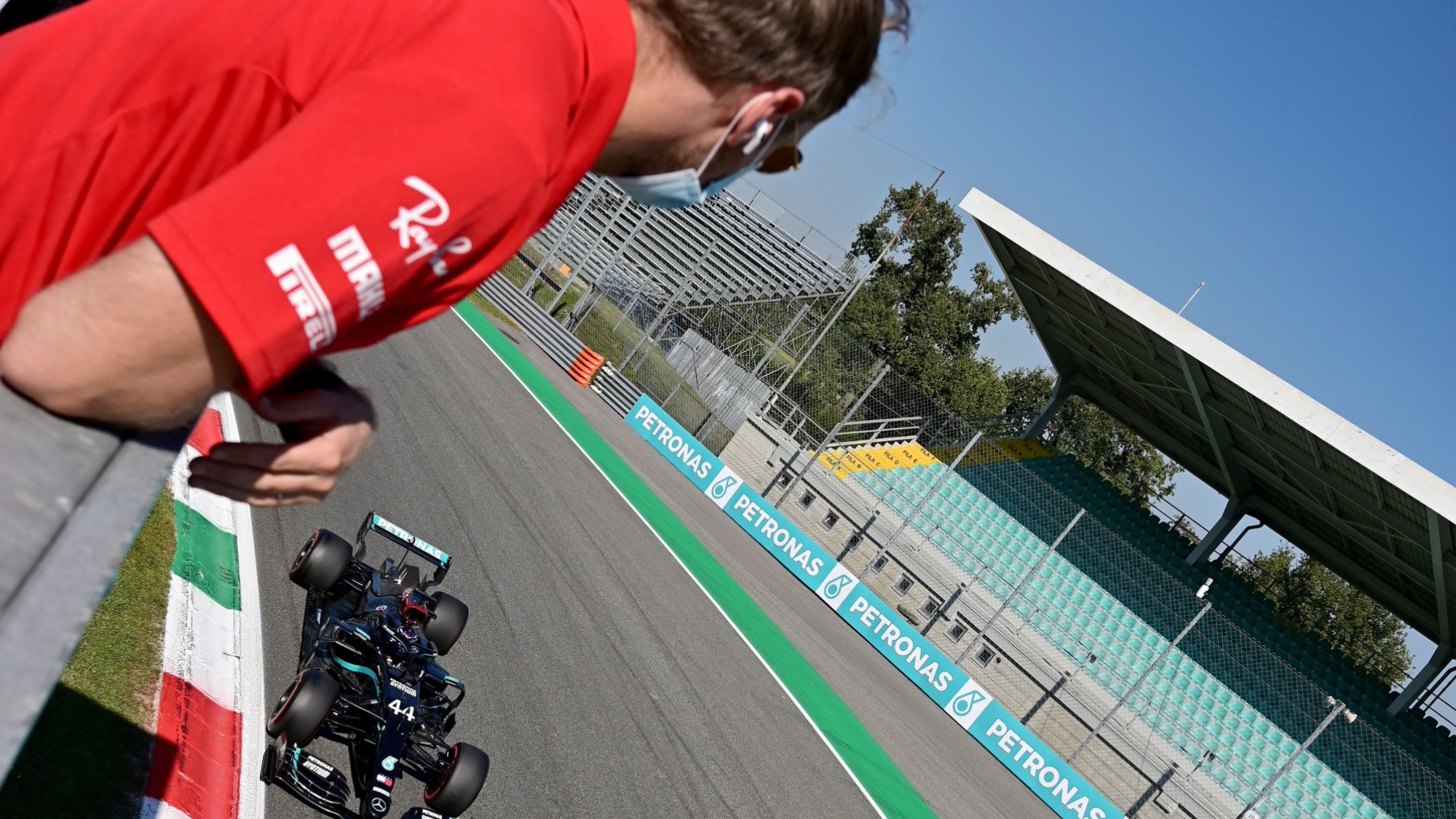 “The car wasn’t great on Friday and we had work to do,” Hamilton explained.

“We made changes going into qualifying which I was a bit nervous about, but it was okay. The speed through the Lesmos felt pretty awesome and I got the clean laps I needed.”

It’s hard enough to beat Hamilton on equal terms, never mind when you’re towing him as well. As expected, Bottas’s time loss to Lewis was in sector one and despite full commitment to Ascari and Parabolica, Valtteri couldn’t quite overturn the deficit. His deficit, just 0.07sec, was a commendable effort.

Monza is the first race at which the FIA’s new technical directive preventing teams from using higher engine modes in qualifying, comes into effect. The requirement that just the one mode be used from the beginning of qualifying to the end of the race, meant the end of the so-called ‘party modes.’

If the idea was to peg back Mercedes and level the playing field, there are more than a few who believe it might backfire. If Mercedes was taking the front row by a few hundredths every weekend then, yes, it’s valid. But when they’re on pole by half a second or more, it was never going to make a decisive difference. But what it may well do, is give Mercedes an even bigger margin over a race distance and over the life of an engine.

Renault’s Cyril Abiteboul said on Friday: “Frankly, right now, my biggest concern… with the qualifying modes going away, it could have the opposite effect of what people are expecting.” 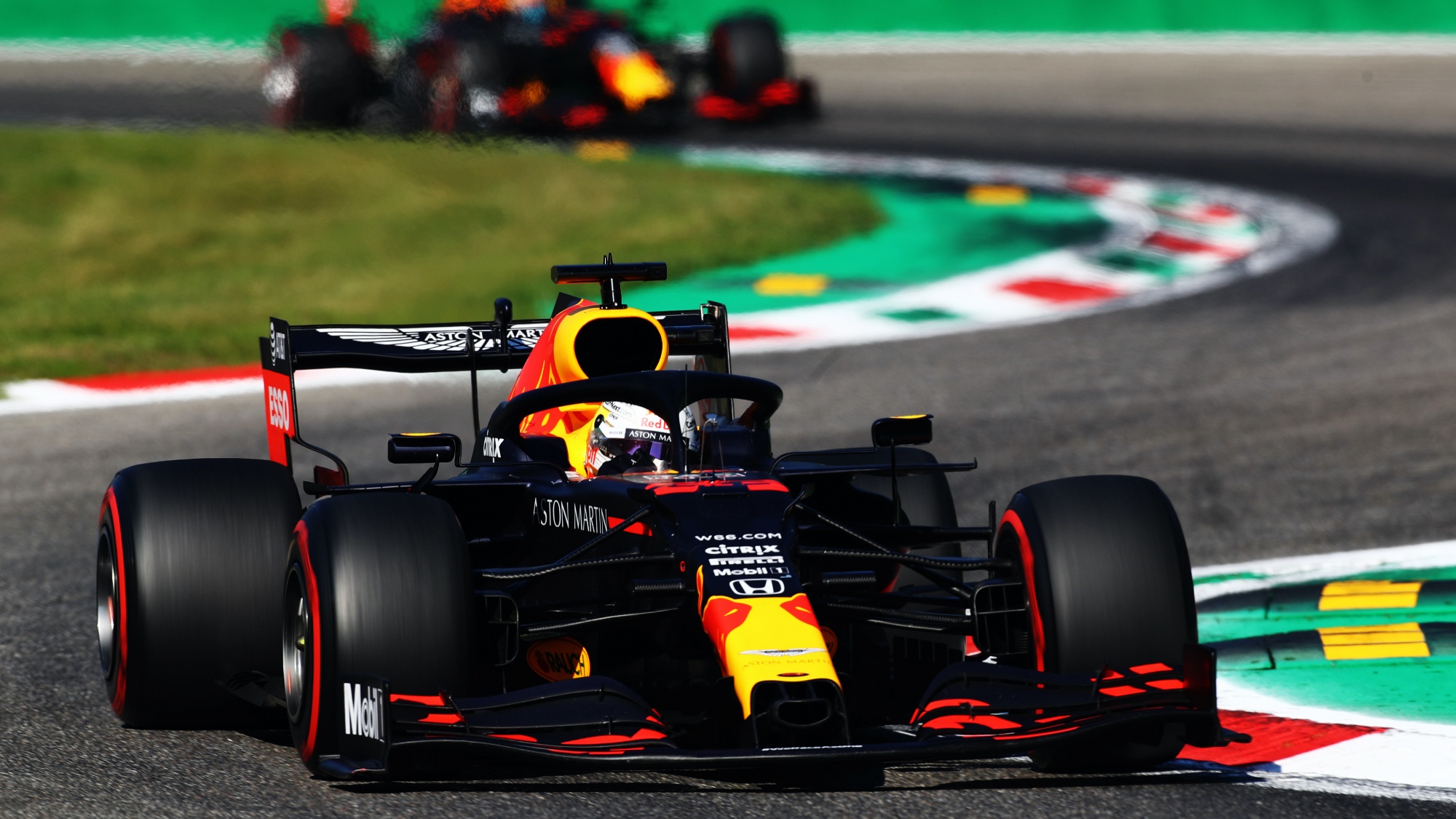 And McLaren’s Carlos Sainz, with Renault power, said, “We have quite a strong qualifying mode, which makes us look very strong in qualifying, so I think it’s going to affect us.”

Happily for Abiteboul and Sainz, that third-placed car was the Spaniard’s McLaren after a great lap from Carlos. “I had a big, big moment in the first Lesmo and thought I was going to lose it,” he admitted, “but I’m very happy because I thought Renault would be quicker than us here.”

Team-mate Lando Norris’s speed and consistency continue to impress. Norris was just 0.13sec down on Sainz, the loss in sector one, as he qualified in the top 10 for the 15th consecutive race. But, such is the tightness of the battle behind Mercedes, that Sergio Perez’s Racing Point and Max Verstappen’s Red Bull were between them.

Perez is predicting that as teams get used to the new mode calibrations we may see some blown engines in races. He was also a little nervous that if the consensus that party mode bans would hurt Mercedes teams more in qualifying came to pass, then he and Lance Stroll could face a bigger fight to make Q3. So he was particularly pleased and relieved to have his RP20 fourth quickest, just 0.03sec behind Sainz and 0.07s ahead of Verstappen. “I wasn’t expecting this, because if anything we were focusing more on the race,” Perez smiled.

Verstappen, who spun into the barrier at Ascari in FP1 on Friday morning, admitted he was scratching a bit. “I tried all the different wing levels it’s possible to run here and the result was the same. With low downforce we’re struggling a bit for balance and grip, so there’s work to do. Not good enough from our side but I still hope we can fight for P3 in the race, even if the Mercs are in another league.” 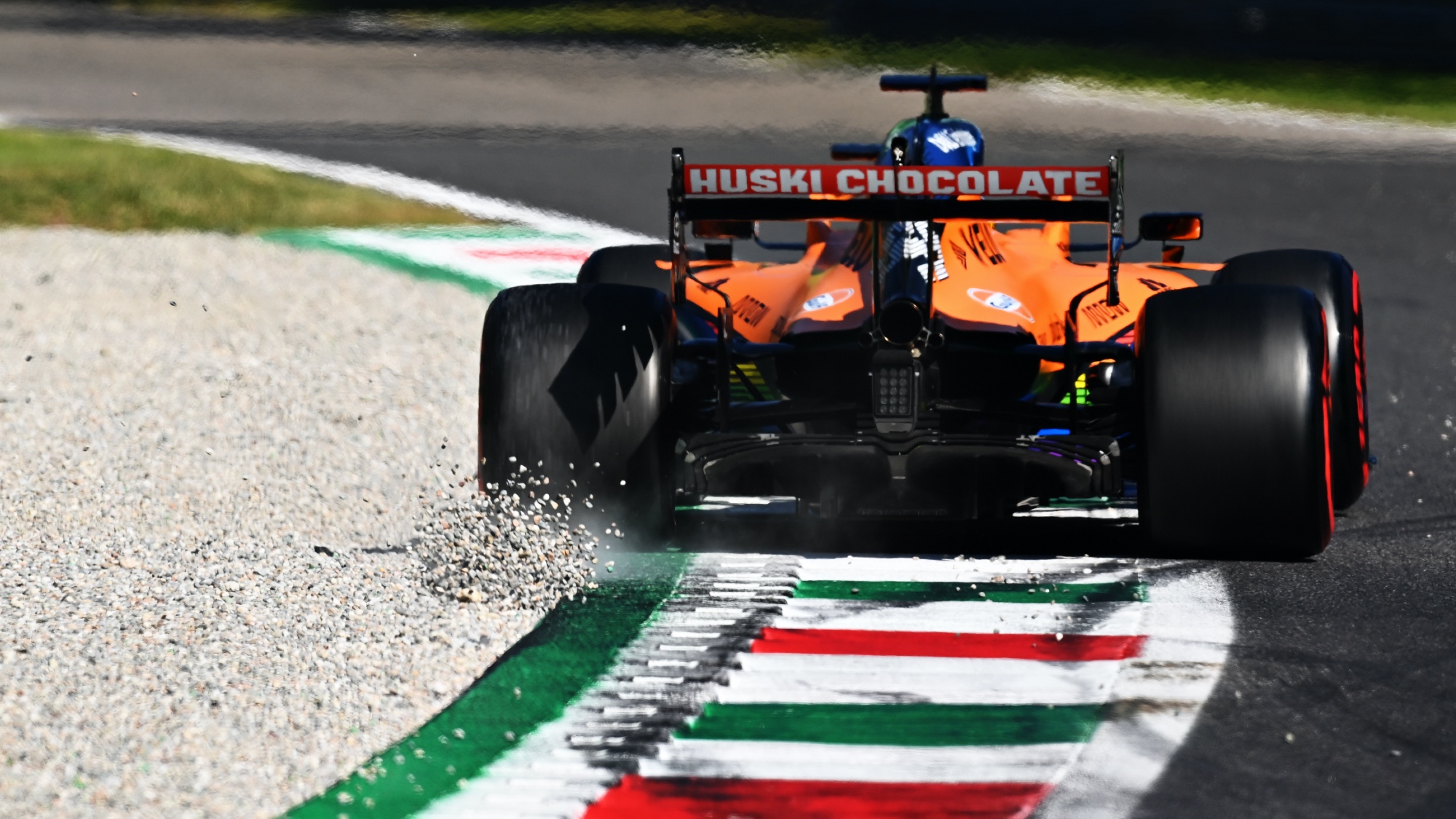 It hasn’t been plain sailing for Renault, with a fuel pump issue costing Daniel Ricciardo time in FP3 and the first of the yellow cars qualifying seventh at a track where some thought they would be in contention for row two, such had been the low downforce performance at Spa.

“I had higher expectations going in, but had to adjust them after Q1 (in which he was 10th),” Daniel said. It wasn’t all doom and gloom though, his grid time just 0.14sec behind Perez’s fourth place. Team-mate Esteban Ocon starts 12th, his cause not aided by the lack of a tow.

Stroll was more than three tenths behind Perez with the second Racing Point and goes to the grid eighth, just 0.05sec ahead of Alexander Albon’s Red Bull, with Pierre Gasly completing the top 10 with his AlphaTauri. Albon had a lap deleted for track limits at Parabolica in both Q1 – which he scraped through 15th – and Q3, but it wouldn’t have been sufficient to bump Stroll.

Right at the sharp end in the Friday sessions, it seems that the Faenza cars must have been on lighter fuel loads, but 10th and 11th gave AlphaTauri the honour of quickest Italian team.

What then, of Ferrari? Maranello’s dire straights, pun intended, continue. You need power at the Temple of Speed and, presently, they don’t have much. Charles Leclerc, who won brilliantly here last year from pole in one of the year’s most emotional moments, starts 12th tomorrow. And Sebastian Vettel fell out in Q1, seven-tenths down on Leclerc amid a jockeying slipstreaming melee.

“What a mess…” was Seb’s assessment. He’s right, there. For the first time in 36 years, Ferrari failed to qualify a car in the top 10 for the Italian GP…